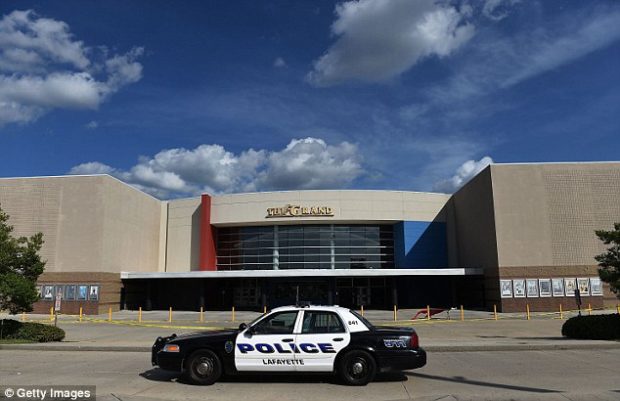 As more details about the Louisiana movie theater mass shooting emerge, we learn that one of the shooting victims pulled the fire alarm to facilitate evacuation as the shooter was targeting victims.  For more information about the incident, check out the link below:

At first glance, pulling the fire alarm seems like a great idea.  Escape is generally a very successful strategy when facing a mass killer.  In fact, escaping should be the prime objective if armed resistance isn’t possible.  Fire alarms get people out of the building, facilitating escape.  That has to be a good thing, right?

While the end goal of getting people out of a building targeted by an active killer seems to be met by pulling the alarm, the WAY people get out of the building may be just as important as the actual exit itself.  When the fire alarm is pulled, people move very differently than they do if they know someone is shooting at them.

What do you think when a fire alarm goes off in a public building?  My guess is that it is one of the following:

-“Why do they have to do a fire drill at this time of the day?”

– “Some idiot kid must have pulled the alarm for fun.”

– “Another false alarm.  I’ll wait to evacuate until I smell smoke or see some flames.”

Do any of those thoughts help you get to safety in the event that a spree killer is shooting up the building?  Absolutely not.  Remember, you may not be able to hear the sounds of the actual gunshots inside a building.  At best when the fire alarm goes off, you may amble out of the facility via the closest exit.  That may or may not get you to safety.

The movement patterns we desire as part of a fire alarm response are orderly walking towards the nearest exit.  Orderly and calm walking makes you a very easy target to hit.  The closest exit may actually put you directly into the path of the gunman.

When escaping an active killer, we want potential victims to get outside via the closest door that takes them AWAY from the shooter.  As they move to that exit, they should be making short sprints between pieces of cover along their path of exit.  They should be looking around and be ready to stop moving and get behind something that stops bullets as soon as they see the shooter.  The normal, lackadaisical ambling toward the exits during a fire alarm is exactly the type of movement we want to avoid in an active killer event.

In addition to encouraging potentially undesirable movement patterns, pulling a fire alarm also causes quite a bit of chaos for the first responders, leading to longer rescue times.  When the alarm is pulled, the alarm company will be attempting to get a hold of the 911 dispatchers to report the alarm.  Those are the same dispatchers that will be sending officers to the shooting scene and gathering vital information about the suspect.  When those dispatchers have to field multiple false fire alarm calls, it takes time away from their gathering more pertinent information about the shooting scene.  Pulling the fire alarm gets the fire department sent to the call.  While I value all of my fireman brothers, when the shooting is still happening, you want police officers with guns on the scene first.  The fire response will be critical, but the firemen won’t be allowed inside under most circumstances until the shooter is neutralized by police.

Besides the chaos caused in the dispatch center, the loud alarms will also hinder communications efforts by officers on the scene.  Fire alarm activations notably lengthened response times in both the D.C Navy Yard shooting and the Marysville, Washington school shooting.  Having been in numerous public buildings when alarms have been going off, I can tell you that I can’t hear the absolutely vital dispatch traffic coming from my police portable radio.  The sound of alarms will also hinder officers’ ability to locate the sounds of gunshots or communicate with victims about where the shooter is located.  Responding to an active killer inside a building while a fire alarm is sounding is exponentially more difficult than responding in a building without an alarm.  This difficulty results in it taking a longer time for cops to engage the killer, thus creating a higher body count.

Don’t pull the fire alarm if you are in a building with an active killer.  You may have the best of intentions, but pulling the alarm will ultimately lead to more fatalities.  If you are reading this article, you are probably already the “tactical thinker” in your family, workplace, or peer group.  You probably could have figured this stuff out yourself if you just gave it some logical thought.  Your friends or family members who don’t have a tactical background likely haven’t thought through this particular problem.  Make sure you share this article and/or advice with them as well.  It may save their lives.