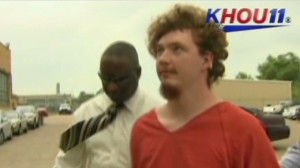 There’s a reason why knowledgeable trainers in this business don’t use the term “Active Shooter.”  They prefer the term “Active Killer” instead.  The person who is trying to murder as many people as possible doesn’t have to be using a gun, he may be using other weapons like explosives or knives.

We had another school massacre yesterday.  This time it was at a college in Texas.  The suspect used an X-Acto knife and ran around the building trying to stab students in the face and neck.  Fourteen students were injured, two of them critically.  Fortunately in this case, there have been no deaths…likely because of the ineffective weapon that the attacker chose.

Here’s a good summary of the incident:

1) The attacker planned the stabbings far in advance.  This is consistent with every other school attack.  Most likely he told someone of these plans.  Make sure you take action if you hear of plans to attack a school!  It’s our single best method of preventing school violence.

2) The attacker was stopped by fellow students, not the police.   Of the active killers stopped during their attacks, 2/3 were stopped by UNARMED citizens.  Even if you are not carrying a weapon, you can stop one of these attacks.  Most people who have stopped active killers simply tackled them and held them on the ground until police arrived.  That’s what happened here.

Think about the areas that you visit where you can’t carry a firearm.  What type of weapons can you carry?  A good shot of pepper spray may distract an attacker with a small knife enough to allow someone to take him down.  What improvised weapons are available in a school setting?  Fire extinguishers might have worked well here in the absence of pepper spray.  Think about your options.

3) Lockdown might be an option here.  Although I am often critical of lockdowns as a response to school violence, this is one situation where the lockdown would likely limit the victim pool.  If the attacker doesn’t have a firearm or door-breaching capabilities, a lockdown will delay access to victims until police arrive.  Educators need to be trained and empowered to call for lockdowns or to terminate them depending on the individual threats they are facing.

4) Improvised Medical Skills are important.  Do you carry gear with you to treat serious injuries?  Medics took awhile to get on scene and were likely overwhelmed initially.  Students took the lead in caring for their wounded friends.  What could you use in a school to stop bleeding?  Can you make an improvised tourniquet?  These are important things to think about.

If you come upon an injured person out of an active killing event, your best bet is to move him outside quickly.  It will take awhile for medics to enter the scene.  They will be waiting outside for the police to pronounce the scene “safe”.  That may take a long time.  Get the victim outside to the medics.  Don’t wait for them to come in.

I will keep up to date on this event and post any updates or additional information in another article.  Unfortunately, there won’t likely be a lot of information here.  With no deaths, the media will lose interest quickly…