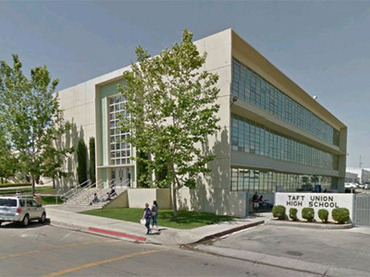 Last Thursday morning (January 10), a 16-year old student entered Taft Union High School in Taft, California and opened fire with a shotgun.  You may not have even heard the story since only three people were injured before the student gave up his gun.  If you aren’t familiar with the incident, take the time to read the articles linked below:

Even though this event didn’t create the massive body count that has characterized other recent school shootings, there are important lessons to be learned…especially for school teachers and administrators.

1) Limit school access to only one door.  This student brought a shotgun in through an unlocked side door.  It’s simply too difficult to monitor all doors in a school.  If they can’t be monitored, they should be locked.

2) The shooter was prepared to kill more people.  Reports indicated that his pockets were “full” of shotgun shells.  He clearly didn’t plan to stop after the two shots he fired.  It was only the courageous intervention of a teacher that convinced him to stop shooting.  Developing good relations with your students (especially the ones that may have emotional problems) is important.  The shooter told the intervening teacher “I don’t want to kill you.” and set the gun down.  That teacher’s relationship with the shooter likely saved his life and the lives of dozens of students.

Also note that the gun used was not an “assault rifle.”  It was a hunting shotgun.  This happened in the state of California where many semi-automatic weapons are banned.  Creating additional legislation limiting firearms isn’t likely to stop school shootings.

3) Students “hid in closets and phoned local media during the shooting”.  This is not the proper response to school violence.  As a teacher, parent, or administrator you should be instructing your children on proper procedures for violent situations.  Escaping or locking down should be the first priority.  If calls are made, they should be made to the police and only then if the students have actionable intelligence (IE where the shooter is currently located and how to find the wounded victims).  Calls to the media will only create more chaos and may alert the shooter to the hidden caller’s presence.

4) The shooter started out by firing on an alleged bully, but quickly transitioned to shooting at everyone else in the room.  School shooting isn’t about bullying.  In some cases (like this one), shooters start out by targeting a specific person.  After that they begin trying to rack up a large body count.  The same pattern happens over and over.  If the shooters just wanted to stop a bully, the shooting would stop after the bully is dead.  It seldom does.  The shooter becomes the very same bully he is raging against.

Bullying is a problem, but focusing exclusively on that issue distracts us from finding real solutions to the problems of school violence.

5) Teach your students not to rationalize danger signs.  In almost every school shooting, there have been opportunities for interdiction before the event occurred.  Usually, a shooter will tell at least one other person of his plans.  The confidant historically won’t report the shooter because he doesn’t believe that the shooter will follow through with his plans.

In this case, a witness saw the gunman prior to the attack:

“Tia Savea, who lives across the street from Taft’s science building, said she saw a youth, about 15 or 16 years of age, walk by her window with a gun shortly before the shooting.

She thought the gun was a toy, she said.”

How many toy guns do you see in the hands of 16-year old boys at a high school during school hours?  The answer is “NONE”.  This woman should have immediately called the police.  The police should have called the school and initiated lockdown procedures.  It didn’t happen because of denial and rationalization.

Even worse, students apparently reported the shooter to school authorities three weeks before the shooting.  Reports indicate that the school staff did not investigate the shooter, but chose to discipline the students who made the notification!  Here is a list of students’ postings on Twitter about the shooter (in December):

Students at Taft High School tweeted worries about alleged shooter last month; ‘Why is he still allowed in school?’

Teach your students to report any indications of school violence immediately.   And even more importantly, ensure that such reports are fully investigated by school administrators or police!

6) Secure evacuation sites BEFORE evacuation.  Several media reports state that after the shooting, students were evacuated to the school’s football stadium.  That’s a fairly common practice, but may be dangerous.

School shooters study past incidents and try to learn from them.  If they know that the plan is to evacuate all of the students to a certain location after a shooting, they might use that to their advantage.  Think about these scenarios:

-What if a shooter fires a couple of rounds in the school and then runs outside to a pre-selected sniper hide overlooking the evacuation site?

-What if one shooter fired in the school while another waited outside for the evacuees?

– What if the shooter sets a bomb on a time delay at the evacuation site and then starts shooting up the school?

All of these possibilities have either occurred in past school shootings or have been planned by other shooters.  Ideally, school personnel should search the evacuation site for bombs or suspicious devices (look in trash cans, around cars, and around recently-disturbed ground) before the students evacuate.  Police armed with rifles should secure the evacuation site as well.

These suggestions are fairly easy to implement.  It’s up to you to make it happen.  If you are a teacher or administrator, push for these changes.  If you are a parent, ask your child’s school staff some tough questions and make sure they are truly keeping your children safe.