It hasn’t been long since movie theaters re-opened after being closed for nearly a year during the height of the Covid-19 pandemic.  Predictably, shortly after re-opening we’ve seen our first movie theater shooting.

On Monday night, a suspect shot two people in the head during a screening of, wait for it, “The Forever Purge,” a movie about an annual day of lawless killing.  There were only six tickets sold for this show and apparently only the victims and the suspect showed up.  The suspect shot both victims and then fled.  Staff found the dead and injured victims when the movie ended. 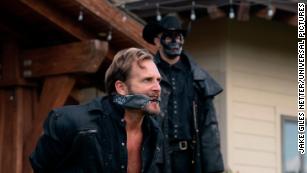 A scene from the movie

Have you ever thought about what you might do if you were engaged by an active killer while watching a film at a movie theater?  Here are some things you should be considering:

There are those who will advocate taking a middle seat because the shooter is likely to target people along the aisles first.  That may be a good point, but I prefer better mobility to the ballistic protection offered by others’ bodies.  Remember, the emergency you face may not be a shooter, but something else (bomb, fire, gang fight, etc.).  I think the aisle offers a better overall position.

In a situation like this particular shooting, an aisle seat would certainly be a better option than sitting in the middle.  An aisle seat in the far rear of the theater might be the absolute best place to be to avoid someone sneaking up behind you and pulling the trigger. 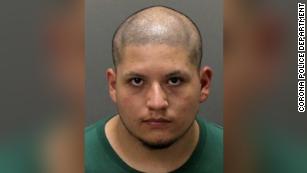 3) Carry the right equipment.  One thing I never leave home without is a powerful flashlight.   That would have been tremendously useful in a dark theater that was filling with the smoke from multiple gunshots.  Whether it’s used to temporarily blind the shooter, find an escape route, or to line up your sights, a flashlight would be incredibly useful.

If you can lawfully carry a gun, think about your weapon choice.  What gun would you choose if you knew you might have to fight a shooter  in a dark, smoke filled theater with dozens of panicked people running around?  For me, a .38 snub or .380 auto would be at the bottom of the list.  Carry enough gun to do the job.  Movie theaters are large.  You’ll want a gun with which you can easily hit a target 25 or more meters away.  Most pocket pistols aren’t very useful for making precision shots at long range in the dark.

Carry what you like, but when I go to the movies, I generally carry a full sized Glock 17 or Glock 19 equipped with a weapon mounted light (SureFire X-300U) with a spare mag and a bright handheld flashlight.

The other important thing to carry in crowded public places is medical gear.  If you were seriously injured and unable to evacuate, could you treat yourself and prevent your own death for nearly 30 minutes until the paramedics arrived?  What type of gear should you carry with you to self-treat a gunshot wound?  While I have a complete trauma bag in my car, sometimes a full kit is difficult to carry on your person.

If I am wearing a jacket or a pair of pants with a large pocket, I will generally carry a CAT Tourniquet, some chest seals, and some hemostatic gauze.  I can treat almost any wound adequately with those items and they don’t take up too much space.

4) Think about what else you will need to escape.  Good footwear comes to mind immediately.  I don’t go out in public anywhere I may have to run while wearing flip-flops.  Wear some real shoes.

Also think about where you park your car. I prefer to park a little bit farther away from the theater (nose out) so that I can make an escape if necessary without being blocked in by responding emergency vehicles and crime scene tape.

5) Training is important.  Think about this movie theater shooting scenario again.  It’s dark and smoky.  You have dozens of innocent people running around.  A man is firing at you.

Could you actually hit the target with your chosen CCW gun?  That’s a tough shot to make.  Don’t delude yourself thinking that your military experience from 30 years ago or the eight-hour CCW class you once took gives you the skills to do it.  It’s never been easier to get quality professional firearms training.  If you are serious about protecting yourself and your loved ones, it would be in your best interest to find a good instructor or shooting school and take some classes.

Think about these tips before you spend any time in a movie theater. 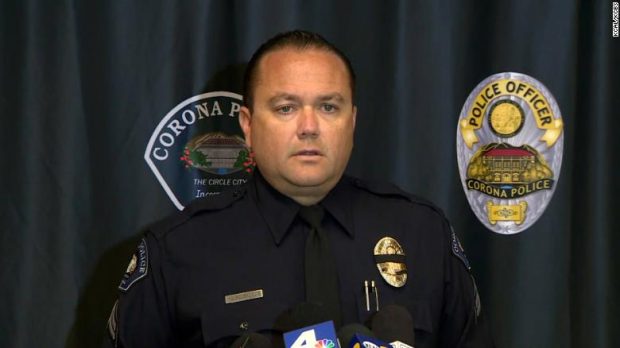