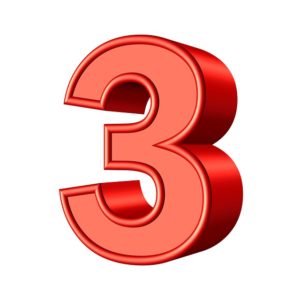 “Simply put, the human brain can only consume about three ‘chunks’ of information in short term, or working, memory.  As more and more items are added to a list, the average person retains less and less.  Four items are a bit harder to remember than three.  Five items are even harder.  Once the number of items hits eight, most people have little chance of remembering the entire sequence.”

Above four, we must engage different, slower brain processes. It takes us more time to remember the items, and we do not remember them as accurately. Assessments of one to four items are rapid, accurate, and confident through a process called subitizing. As the number of items increases beyond this amount, judgments are made with decreasing accuracy and confidence. In addition, response times rise in a dramatic fashion.”

Two quotes.  Neither are related to firearms training.  How can we use the information they contain to become more efficient firearms instructors?

I work hard to make sure that every physical technique I teach has three or fewer steps.  I first learned of this technique about 20 years ago in a Krav Maga law enforcement instructor class.  The teacher of the class was adamant that we be able to reduce all of the techniques we taught to three steps or fewer.  After seeing great success with limiting the moves I teach to three or fewer steps, I’ve been doing it ever since.

Let’s take a look at how this works.  Imagine that you were teaching new students how to draw a pistol from a concealed holster.  A list of all of the steps involved might look like this:

That’s eight steps.  We know from research that students will likely forget all eight of these steps as soon as they leave your range.  For better retention, cut the list down to three.

If I was teaching this particular eight-step draw sequence, I would reduce it to the following three learning points:

Which sequence do you think the student is more likely to remember?

I removed one step here (clear cover garments) because you can’t get to the step of gripping the pistol without already doing that.  That step doesn’t have to be added to the list because a function of one of the later steps cannot be completed without it.  You don’t actually have to remove steps to make this system work.  You just have to condense what you have into three or fewer bullet points.  You can still mention all the other steps in the draw stroke when you present the technique, but reduce the “bullet points” to three or fewer.

Give it a try.  Your students will be happier and your levels of retention will skyrocket.