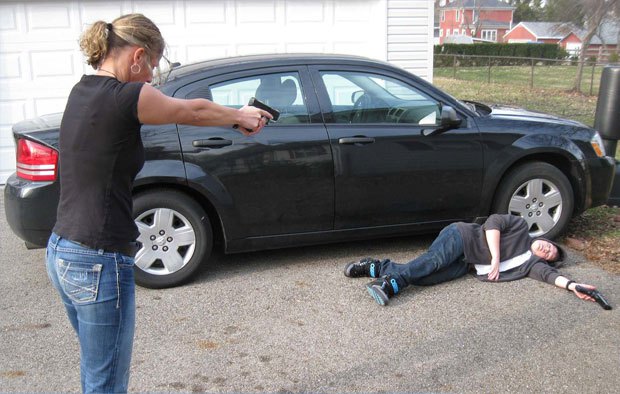 I’ve taught a lot of active killer response classes over the years.  One of the key learning points I regularly discuss is how to avoid being mistaken for the killer if you choose to draw your pistol and respond during an active killer event.  Last year’s police shooting of Johnny Hurley in Colorado (after he had just neutralized an active killer armed with a rifle) highlights the importance of training this important skill set.

With more and more police agencies teaching a rapid single officer response to an active shooter call combined with larger numbers of armed citizens with CCW permits, there is the very real chance that another armed responder may be on scene if you decide to engage the killer.  In a rapidly evolving stressful event like that, it’s very easy for responders to make mistakes.  It’s no good if you stop the killing only to be shot by another CCW permit holder or a responding police officer who mistakes you for the killer.

Quite simply, you don’t want to be standing over a bunch of dead bodies with a gun in your hand when the cops show up.

In the hundreds of simulated active shooter scenarios I’ve  run over the past 15 years, students have the most difficulty dropping or holstering their firearms after neutralizing the killers involved.  It seemed to me that the gun isa kind of “security blanket” for a stressed-out shooter.  Even when there were no more obvious threats in the scenario, the students were very reluctant to put their guns away.

In most self defense shootings, covering a down bad guy with a pistol isn’t a bad plan.  It’s not such a good idea in an active killer event with multiple victims and lots of people on the phone to police.  A bystander who didn’t see the entire event may actually report to the police that YOU are the killer when he sees a gun in your hand.  Responding cops might shoot first and ask questions later when they see you matching the description of the killer holding a gun in your hand at a scene with multiple gunshot victims.

If you choose to act, get your gun out of sight as soon as the threat is neutralized.  Holster it.  Keep your hand on the gun if you think you need to, but don’t be in a high-profile shooting stance.  If you feel safe doing so, put your hands up in the air to show responding cops that you aren’t a threat.  Position “Sul” is useful here too if the threat is still active.  Even a modified “Sul” with the weak hand hiding the gun would be a good option.  The closer the gun is to the body, the less visible it is to responding cops.  If the other hand is shielding it, even better. 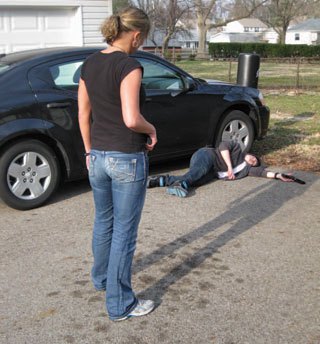 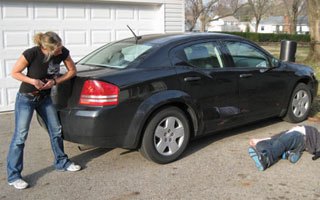 If you are afraid to holster the gun because further action seems immanent, bring the gun close to your body and cover it with the support hand. Get some cover as well.

You may have to deal with the shooter’s gun as well.  If you choose to disarm the shooter (generally only advised if you have to move past the shooter to engage a second killer or if the unsecured firearm presents an obvious danger to bystanders), the same rules apply.  Get the gun out of sight as soon as possible.   Don’t throw it away; there may be other shooters in the crowd who can use it against you.  Quickly make it safe and hide it.  If you keep it out, responders may assume that you are the active killer.

Get to cover.  Not only cover from the shooter you just dropped, but also cover between you and the likely location where police will be converging.  Start looking for the responding cops.  Be ready to drop your gun, show your hands and get down on the ground. Know what is coming and follow the cops’ orders quickly.

In a horrible event like an active killer scene, your gun will seem like the most important piece of life saving equipment you can hold on to.  It is exactly that…until the cops arrive.  At some point in the engagement, the gun will do more to put you in danger than it will to protect you against the killer(s).  Recognize that fact and don’t be seen standing over a pile of dead bodies with your pistol out and at the ready.