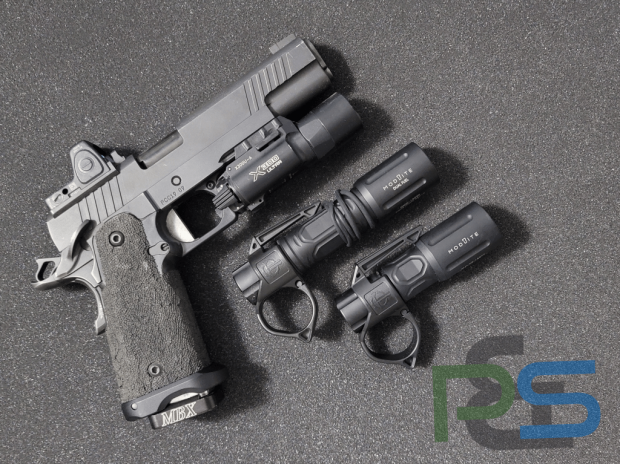 The Blue Brief: How To Survive a Carjacking 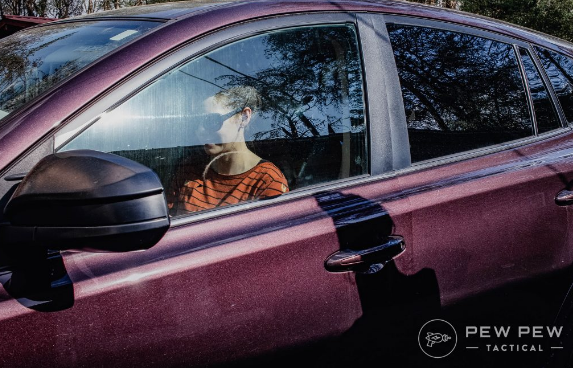 Cars are becoming increasingly difficult to hot wire.  We’ve become increasingly distracted by our phones.  Criminals are figuring out that if they want a car, it’s easier just to carjack you than it is to get any other way.  This article gives a lot of sound information about preventing that.

Don’t Be A Tactical Hobo

I personally embrace the concept of looking like a bum.  I’m retired.  I have no one I need to impress.  My mental energy is better used creating useful content and improving my knowledge and skills than it is trying to match my pocket square to my tie.  With that said, I know some of you like to look good.  This article/video covers that topic very well. 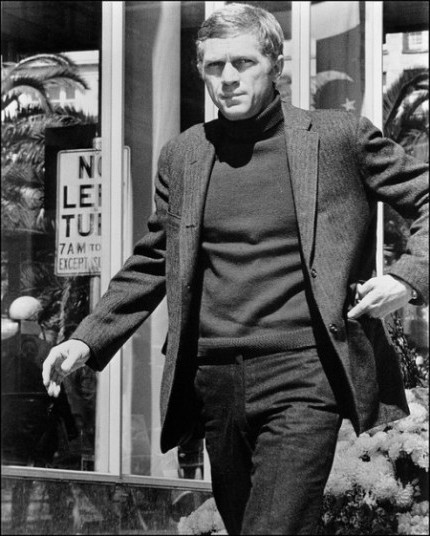 One more fashion article for those of you who don’t wear a polyester uniform to work. 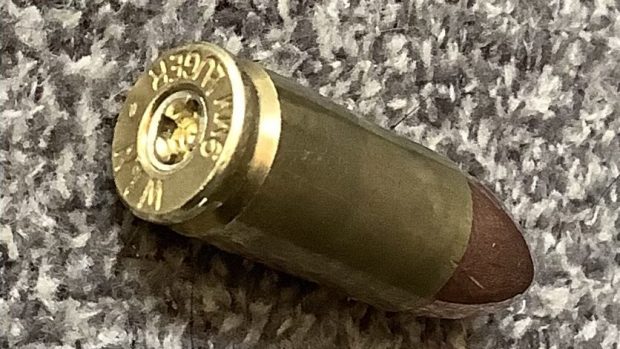 The Cult of the EDC Concealment Pistol Weaponlight

For what it’s worth, I carried a WML for most of my career as a cop.  I have one on the gun I keep on my bedside table.  I do not carry a WML for CCW.  I agree with the author that not everyone needs a light on his gun.  I disagree with his assertion that if the light isn’t the brightest on the market, it’s virtually worthless.  If I can identify my target and the threat it provides, I’d say the light is bright enough.  A pitch black night in a rural field calls for different equipment than a well-lit grocery store parking lot. 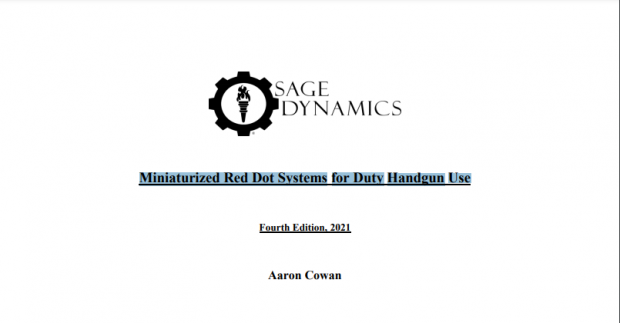 The post above covered WMLs.  What about red dot sights?  Here is the most recent edition of Aaron Cowan’s analysis. 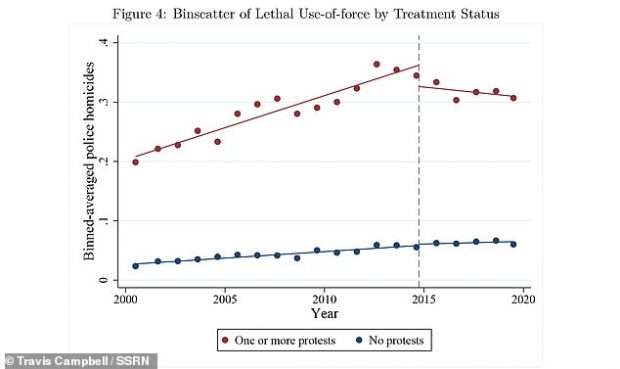 Very interesting data. In cities with large BLM protests, police shootings drop, but murder rates increase. The study doesn’t attempt to imply causality, but my guess is that both are caused by large scale “de-policing” in areas where protests are high profile.

Cops got the message. You don’t want them to enforce laws, they won’t enforce laws. That means fewer people get killed in police custody, but it also means no one is arresting the murderers.

I would say that this is a case of “unintended consequences” but I have a sneaking suspicion that everything occurring was completely intended.

For some more statistics about the current state of policing in America, read Data Undercuts Myth of ‘Racism’ in Police Killings.

Here are some intriguing case studies about the stopping power of various handgun loads when fired against large predatory animals.

Last weekend I had a wonderful time teaching at Ed Monk’s Last Resort Range in Arkansas. Saturday was a sold out 18-person Close Quarters Gunfighting class. On Sunday, I taught a tactical medicine class to 14 more students.

One of the highlights of my weekend was meeting the Mountain Guerrilla in person. I was honored that he and a couple of his training crew attended my gunfighting class.

I appreciate the time he took to write up the very thorough review of the course linked above.

“The practical applications portions of the class were stellar. Without taking anything at all away from Paul and Cecil and others, this is honestly, probably the best ECQ gunfighting course, for the general gun owner, who is not interested in learning jiujitsu/MMA, that I’ve EVER taken, in 30+ years of training. It doesn’t have the intensity that Paul or Cecil’s classes do, nor the physical demands, but it is, in many ways, a lot more approachable for the layman, with no combat sports experience, than their work is. If you’re an experienced combat sports athlete, the physical portions will seem ridiculously simplistic, but if you’re NOT a combat sports athlete, it’ll teach you some effective, robust, resilient weapons to utilize if you find yourself in that situation, without a lot of regular practice.”

“Aside from the quality of the material and Greg’s pedagogical methods, one of my pet peeves in the training world is guys who take themselves too seriously. To be sure, the material should definitely be approached seriously, but the guy who puffs out his chest and insists on practicing his steely-eye dealer of death, “meat eater” war face, just annoys the shit out of me. As people who have trained with me can attest, I appreciate self-deprecating humor more than anything else. Greg is a friendly, approachable dude, who laughs a lot, and I don’t think I saw him, once during the entire day, without a smile on his face (and, to be honest, I don’t know that I’ve ever even seen a photograph of him without a smile on his face).”

Consider subscribing to the Mountain Guerrilla Patreon feed. I’ve been a subscriber there since the beginning. I currently contribute to 26 different creators on the Patreon platform. John’s weekly content is by far the most informative, comprehensive, and actionable out of them all.  You can also buy his excellent books HERE. 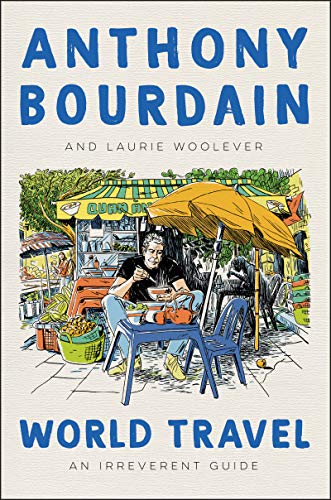 A posthumous release from one of my favorite travelers.  World travel?  Irreverence?  How could I pass this one up? 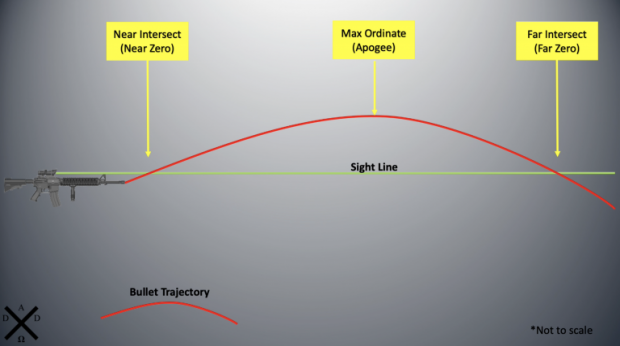 A basic primer of the concepts involved with rifle/pistol zeroing. 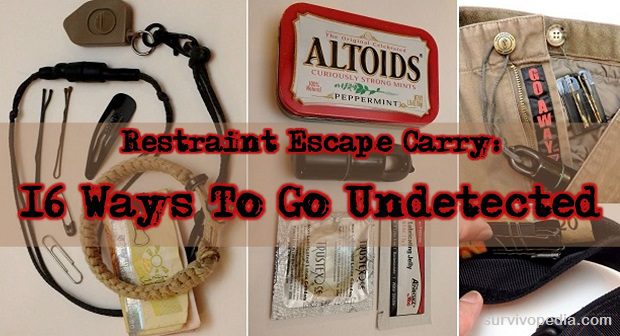 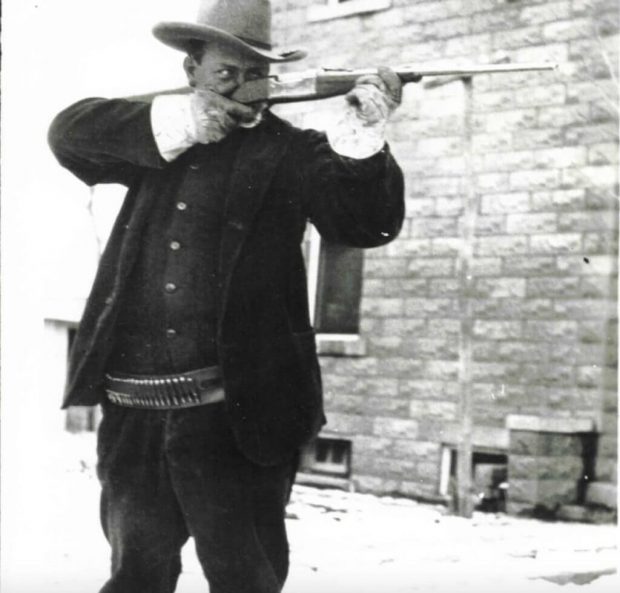 If you a student of the craft of gunfighting, you absolutely must know about Frank Hamer’s exploits.  Get your history lesson here.  If you want to study the man a bit more deeply, read Texas Ranger: The Epic Life of Frank Hamer, the Man Who Killed Bonnie and Clyde.

CMP Warns Against the Use of Certain .30-06 Ammunition 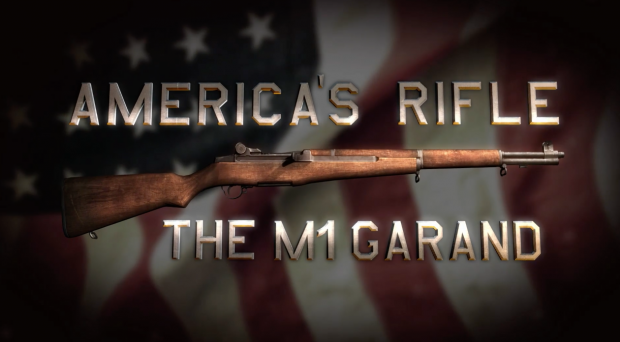 You Garand owners should heed this warning.

PAUL GOMEZ, THE URBAN AK, AND THE CENTURY ARMS AK63D 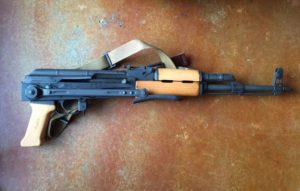 Sherman shares some of Paul Gomez’ unpublished writing about the “Urban AK.”  Paul was an encyclopedia of knowledge about the AK.  I’m glad he was able to share it with me in an after hours AK shooting session following one of Craig Douglas’ ECQC classes back about 15 years ago.

YOU CANNOT BUY SKILL…BUT YOU CAN BUY ERGONOMICS.

If you didn’t get enough of Dr. House in the article above, you might like to read about his quest to find optimal grips for a unique concealed carry gun.

Some information about eye dominance.

Why You Should Be Rucking 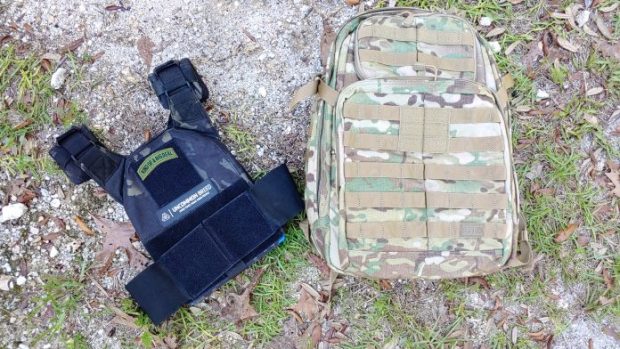 Walking around with a weighted pack/vest is one of the best kinds of exercise to do.  When the weather cooperates, I try to ruck for several hours a week.  It’s my primary form of cardiovascular exercise these days.  While I have a weight vest capable of holding 50 pounds, I generally ruck with the 20 pound ZELUS Weighted Vest.  It’s about the same weight as my plate carrier with a couple rifle magazines but it doesn’t draw any attention when walking in public areas.  That particular vest is the most comfortable I’ve ever tried.

Time Analysis of a Certified Peace Officer’s Drawing from Holster and Firing: Weapon and Holster Comparison 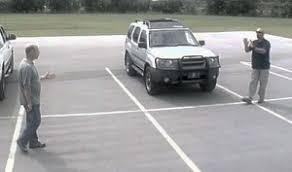