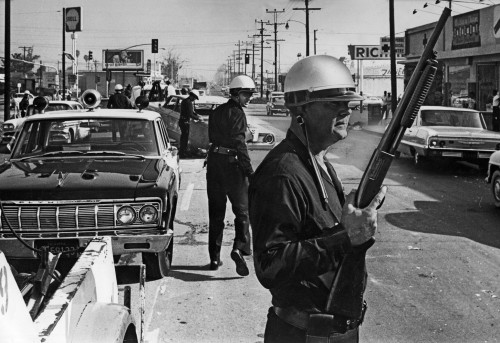 Clint Smith drops some knowledge about reloading an AR-15 rifle.

Appendix Carry vs. Hip Carry: Weighing the Pros and Cons 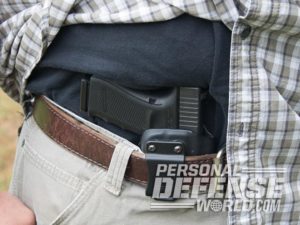 Massad Ayoob talks about advantages and disadvantages to carrying a defensive handgun in the appendix position. 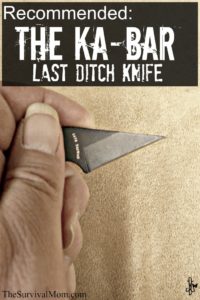 A review of the Ka-Bar LDK, a knife I designed as a last ditch weapon or escape tool that can be hidden almost anywhere on the body.

The Knife for the Gun Carrier: Considerations 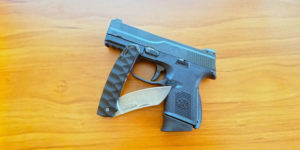 Speaking of knives, where do you carry your defensive blade?  You should put some thought into your answer. 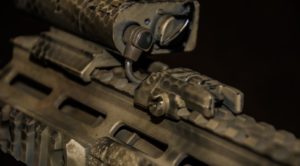 “On many occasions I have sold guns to fund a trip to a class, and to date I have not had a single regret about any of those sales.  In other words: Instead of spending so much money on hardware, we should instead make it a priority to invest in ourselves, an investment that brings highly desirable returns.”

The Myth of Muscle Memory – Training and Tactics

Legendary firearms instructor Louis Awerbuck passed away a couple of years ago.  If you don’t know who he is, read this article he wrote about “muscle memory” and then read his book Plowshares into Swords.

History of “Shoot To Reset”

Dave and I were just conversing about this issue a couple weeks ago.  I had no idea how the “shooting to reset” or “catching the link” style of trigger management was developed.  Dave pulled out an old FBI Firearms Instructor course manual and schooled me.  In this video, he will teach you the same things.

Bullshit Detector! A Guide to Being Less Wrong 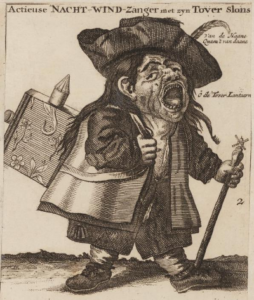 “Find the bullshit and stamp it out. That’s what got us here.” 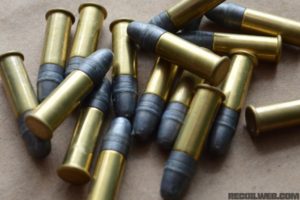 A few facts you may not know about the .22 long rifle cartridge.  Claude Werner showed me the trick with the drywall anchors several years ago.  They work great for dryfire practice. 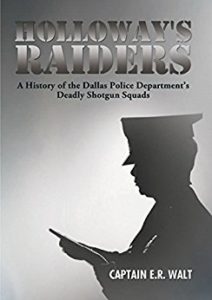 In the 1950’s there were a rash of armed robberies of businesses in Dallas, Texas.  A veteran police lieutenant came up with the idea to put hidden officers armed with shotguns inside business that were likely targets for the robbers.  These “shotgun squads” wreaked havoc on criminals for decades.

I had never heard of this practice outside the New York City Stakeout Squads in the 1970s.  Tom Givens turned me on to this book and I’m thoroughly enjoying it. 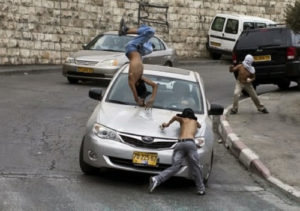 Gabe Suarez gives some advice about dealing with mob attacks on your vehicle.  Read Part Two as well. 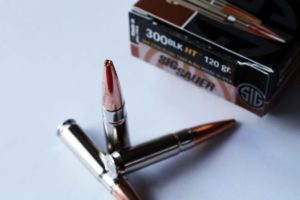 This looks like a really good defensive load for those of you who carry a .300 blackout.  I’m convinced that the all copper bullets like this one are the future for optimal terminal performance.  They tend to perform well across all calibers. 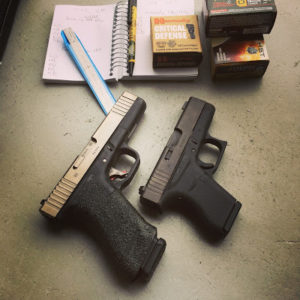 Speaking of ballistic testing, check out these velocity numbers from the Hornady Critical defense round out of a Glock 43.

“Note that while both the 124gr HST and 115gr Critical Defense are nominally standard-pressure loads, and the Hornady makes no claims of “reduced recoil” or “lite” or suchlike on the box, the heavier Federal bullet is still 25-40fps faster, meaning that the Critical Defense is pretty much a “-P”. While the Glock didn’t seem to mind them, many guns I have tested have been shown to have problems functioning with light bullets going that slowly (*coughCanikSteyrRugerAmericancough*)

In a self defense situation, I don’t know how I feel about having ammunition that’s on the ragged edge of having enough ass to function the weapon provided I’m gripping it properly. Caveat emptor and test your carry stuff in your own gun thoroughly.”

I’ve mentioned it before, but I’ll do so again.  I can’t understand people’s fascination with this round.  It’s a poor performer in 9mm, .40, and .45.  I’m betting many folks carrying this 115 grain load probably haven’t even test fired it enough to know that it won’t function in their chosen carry gun. 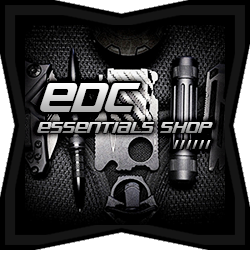 This may be one of the most annoying and difficult to read websites I’ve seen in a long time, but the article provides some decent advice about traveling with knives. 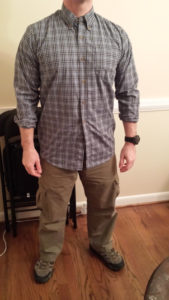 Some quality tips for choosing a concealed carry cover garment.  Part Two of the series discusses how the color of your cover clothing influences concealability.

Officers Survive Being Shot by Suspect | Active Self Protection

Watch John’s analysis of this police gunfight.  Even if you aren’t a cop, you could face a similar situation.  The bad guy gets the initiative and fires six shots (with Ruger LCP) and hits with all of them at very close range.  The cops have to get distance and cover, shoot from the ground, and hit a target that’s moving VERY fast.  Has your four hour CCW class trained you to win this kind of gunfight? 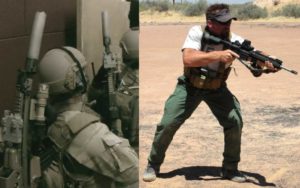 A discussion of the pros and cons of two common long gun ready positions. 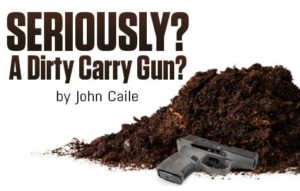 I’ll admit it.  I’m a dirty gun carrier.  I only clean my guns a few times a year, even though I shoot at least weekly.  I do, however, meticulously lubricate my guns between cleaning.  A gun will function when dirty, but not dirty and dry.

There was actually some research done on the subject by the US Secret Service about a decade ago.  They found that there were no increases in malfunction rates in dirty guns until those guns reached 600 rounds fired without cleaning and lubrication.  After 600 rounds, the guns were slightly more likely to bobble than the clean guns.  If you fire 50 rounds at the range, you shouldn’t worry that your “dirty” gun is going to malfunction if you get involved in a gunfight on the way home. 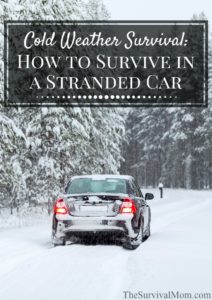 The Survival Mom gives us some good advice for keeping warm in the event we become stranded in our cars in the cold weather.

I’m a pretty good shot… and hand, finger, and grip strength have a lot to do with it. 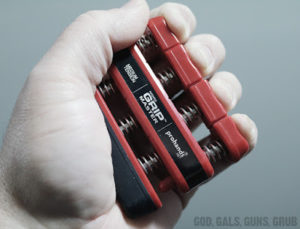 Hand strength is a more important component to successful pistol shooting than most people think.  In addition to Dann’s advice, check out this article from Ron Avery.  Like Ron, I use Ironmind hand strengthening tools to improve my pistol shooting ability.

For those of you in Ohio, I will be teaching two classes this summer at Dann’s facility near Wilmington.  Check out the schedule at G4 Personal Safety for more details. 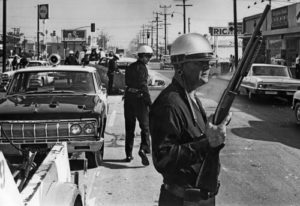 Take a look at this four-part series on riot control.  Undoubtedly, the author’s tactics would stop riots in their tracks.  Despite the effectiveness of these tactics, they likely won’t be implemented.  They are simply too violent for today’s society.  Interestingly enough, these tactics are very similar to those advocated by Rex Applegate in his book Kill or Get Killed originally published in 1943.

If the riots really heat up and start causing massive problems this summer, I would expect some changes.  If a bunch of people get hurt, it would surprise me if cops start posting snipers to take out any rioter carrying a weapon or incendiary device.  Fireworks have become really popular with rioters.  Cops’ polyester uniforms melt to the skin when struck by fireworks.   After a couple cops get seriously burned, they will start shooting anyone with an incendiary device. 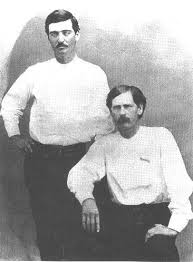 “Yep, Bat Masterson had it right; deliberation, accuracy and speed…but is one more important than the others? It sounds to me that deliberation occurs throughout the combative process…before, during and after… and being deliberately accurate and fast in a gunfight is not the same as bulls eye shooting or just throwing rounds quickly.  Deliberation is a process…a lifestyle commitment, really…as it occurs constantly and must be continually nurtured. Something to consider…” 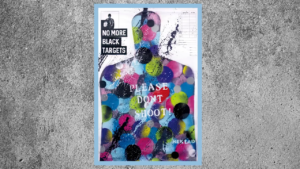 If you haven’t heard, there is an organization lobbying law enforcement groups to stop shooting at black colored targets, claiming that the practice will cause “unconscious bias” against African-American citizens.  This long-form article looks at the science and disputes the assertion.  This issue reminds me a lot about the controversy about shooting “pregnant woman” targets a few years back.  Here are my thoughts on the issue. 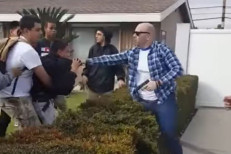 Last week the internet was abuzz talking about the off duty cop who fired the negligent discharge while trying to detain a 13-year old kid. The cop is now calling it a “warning shot.”  I’m not convinced.  His conduct is inexcusable, but it is possible to understand the mechanism by which he fired the pistol.

If you watch the video, you’ll notice he fired the pistol at the same moment he was grabbing the kid and pulling him over the hedge. In science this is called “interlimb interaction.”

Very few people understand that the phenomenon of firing a gun unintentionally has been thoroughly researched.  Many such unintentional discharges can be prevented if shooters understand the mechanisms by which the occur.  This article summarizes the research.  For a deeper dive into the science, check out THIS and THIS.

I also found Gabe Suarez’ analysis of the incident insightful.

Across the finish line… 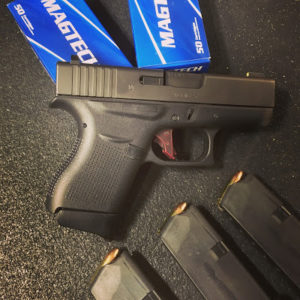 Tamara finishes her 2000 round torture test on the Glock 43.  The end result?  Not a single malfunction in 2000 rounds fired with no cleaning and no lubrication.

Check out the March edition of the monthly Rangemaster newsletter for some excellent information about active killers from Tom Givens.