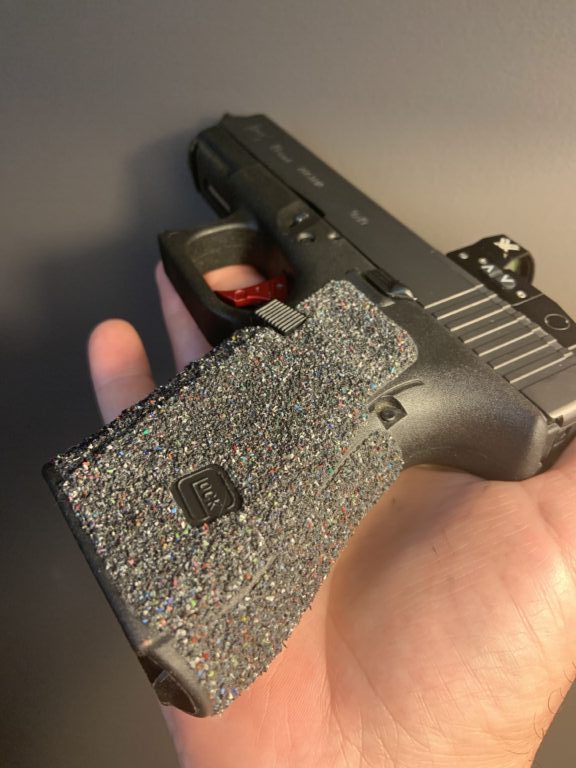 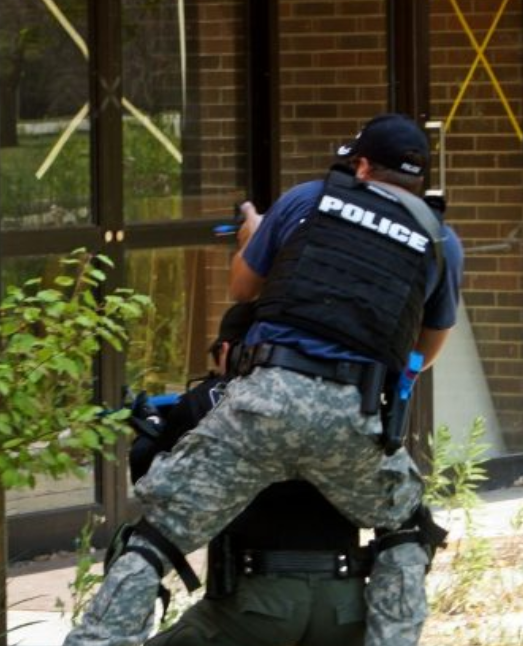 “No one is coming to save you.” 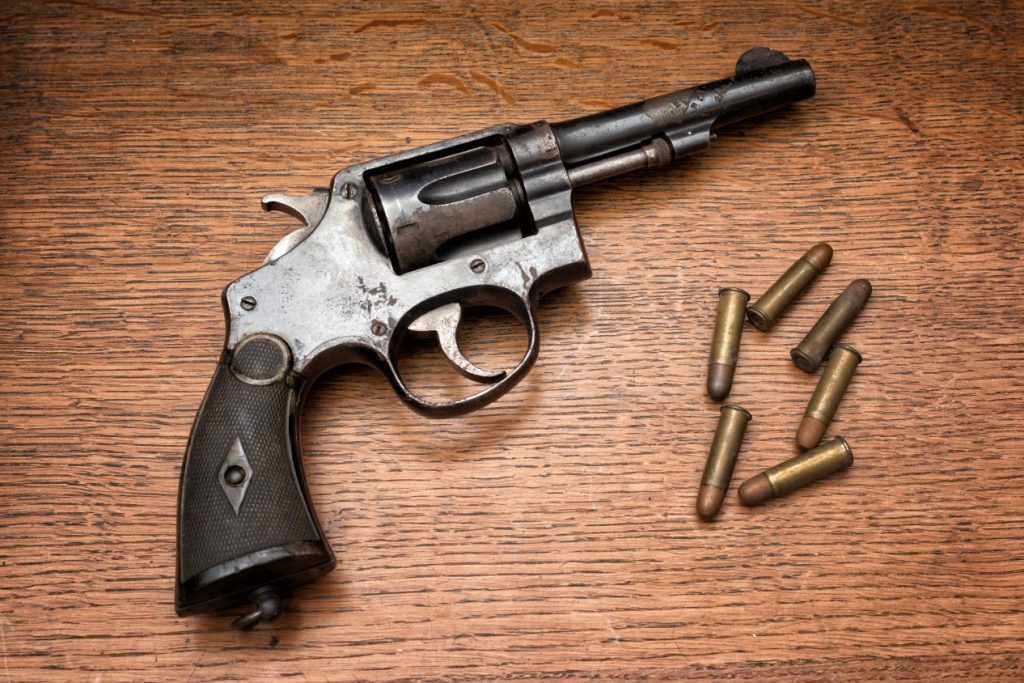 Very interesting history of an iconic firearms brand.  You history buffs may also like to read about the history of practical shooting. 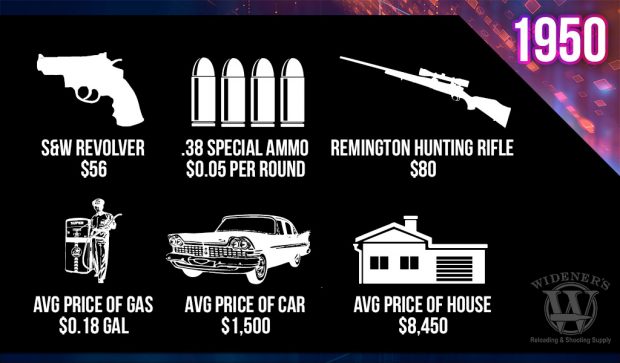 Here’s another history article.  This one takes a look at gun and ammo prices over the last 70 years. 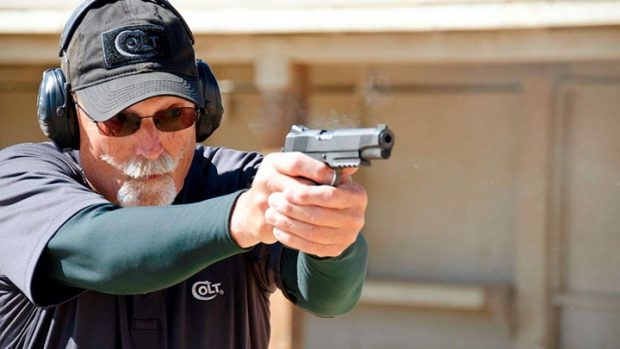 This is a great drill to shoot at your next range training session.  Want another drill to try?  Shoot the Air Force Qualification course.

Closing with the enemy 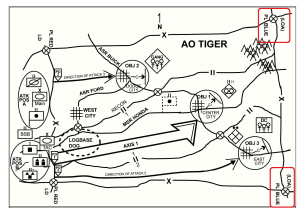 The Tactical Professor brings up some good points about resisting the urge to unnecessarily close distance with your adversary.  I too have seen this both in scenario training and on the street.  I think it’s mostly the urge to see more.  Under stress, the body dulls our sensory input processing from every sense except the one that is most important for processing the information at hand.  For most gunfights, that is the sense of sight.  When we get closer we see more and better, further enhancing this critical input.  I think closing with the adversary is as natural as the diminished hearing that is so often reported in gunfights…and both are caused by the same surge of adrenaline.

The best way to train yourself to avoid closing is to do lots of force on force scenario training.  Concentrate on this issue in your post-shooting procedures.  After shooting, I train my students to scan for additional threats and then ask themselves “how can I better my position.”  There’s always a better position available.  Moving there prevents mindlessly closing the distance.

Should We Defund School Resource Officers? 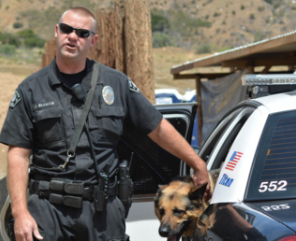 Public opinion is incredibly fickle.  Two to three years ago, we were in the midst of a school shooting epidemic.  The public demanded more police officers in schools to protect children.  Now, public opinion of police officers has changed and there are widespread calls to remove cops from schools.  This article and research published in Patrolling Public Schools: The Impact of Funding for School Police on Student Discipline and Long‐term Education Outcomes, indicate that students in schools with police presence get suspended more commonly as well as have decreased graduation and college enrollment rates.

This is useful data.  Unfortunately neither study makes an attempt to determine why this is occurring.  Here’s my hypothesis…

Cops interdict criminal behavior.  Most of those interdictions result in arrests and criminal charges.  School cops have other options.  If a school cop catches a student committing a crime on school property, he has the choice of either filing charges or allowing the school disciplinary system to punish the criminal.  Most school resource officers prefer the less invasive option of school discipline rather than introducing the student to the criminal justice system.

Can you see why more students are suspended in schools with a larger presence of police officers?  Would the outcomes be improved if the students were arrested and incarcerated instead?  Pay very close attention to the “research” presented in many academic studies.

WHAT IS MOA, AND WHY IS IT USEFUL? 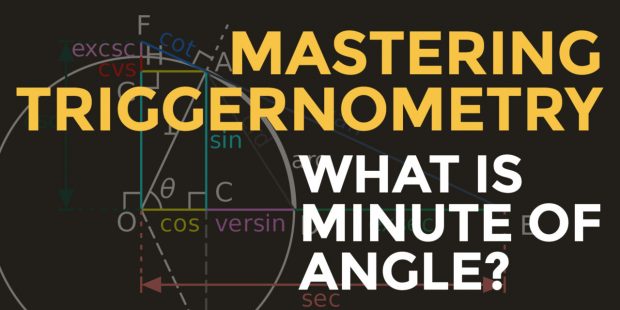 A useful explanation of the concept of minute of angle. 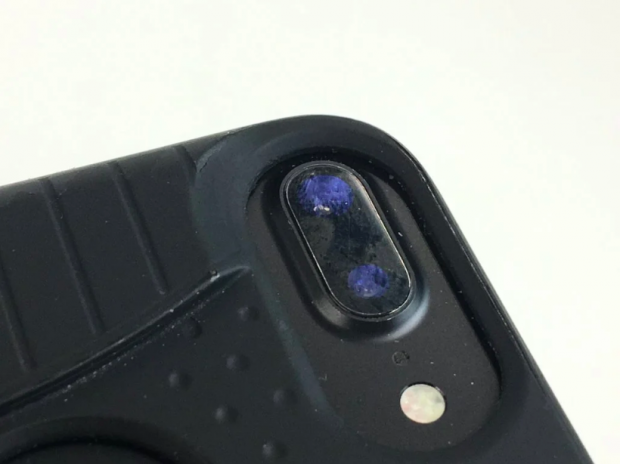 You all know that your training session doesn’t count unless you document it on Facebook or Instagram.  Here are some tips to get your gun pictures right.

I often see recommendations that older or weaker students should use a 20 guage shotgun for defense because the 20 gauge often has less recoil.  What many people fail to realize is that 20 gauge shotguns are also lighter in weight.  The perceived recoil of a lightweight 20 gauge gun firing magnum loads is often greater than a heavier 12 gauge firing reduced recoil loads. 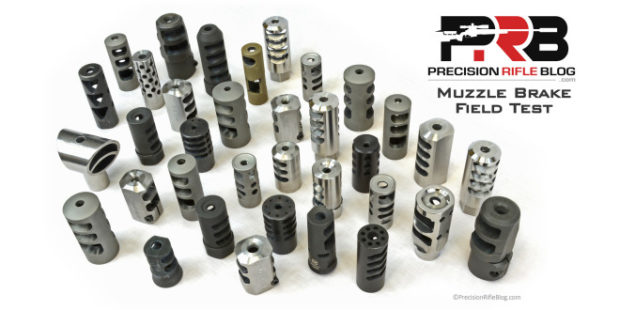 The Precision Rifle Blog contributes the first in a series of articles making comprehensive comparisons between more than 20 of the most popular muzzle brakes on the market.

What the police really believe 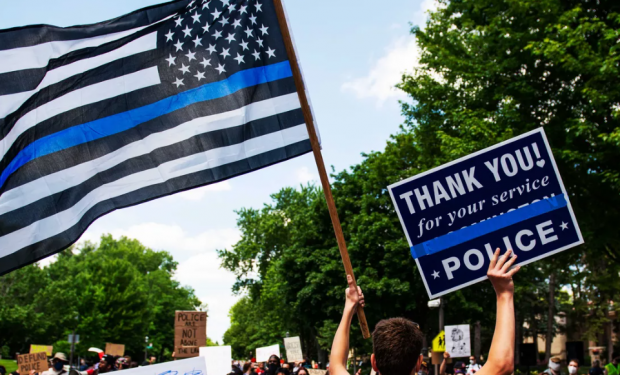 This is a very long article with a massive amount of information and a significant number of links to other studies and research.  Some of it will likely anger you and cause you to question the author’s bias.  It’s still worth reading.  Although I don’t think a lot of the article truly portrays the titled idea of “What the Police Really Believe,” it does portray what many people (including influential academics) think that police believe.  That in and of itself is useful information.

My police friends should read this with inquisitive minds.  Don’t mindlessly reject the information just because the author has a point of view that may be different than yours.  Think about the ideas he presents.  Is there anything useful here that you may be able to utilize in order to improve your job performance and your agency’s relationship with the people you patrol?  If so, take action and use the information for the betterment of yourself, your agency, and your community. 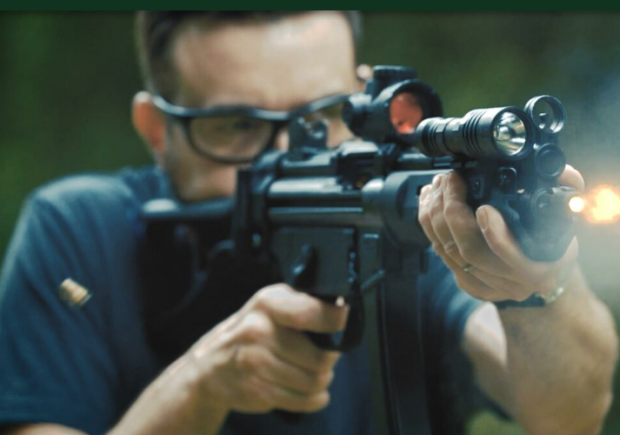 An interesting comparison of full auto fire versus semi auto fire at various ranges.  While the pistol caliber submachine guns have some ballistic disadvantages compared to rifle cartridges, hitting someone with several bullets simultaneously (with either full auto fire or with a load of buckshot) seems to be more effective than hitting with the same number of projectiles sequentially.  I am happy to say that I went to a week-long MP-5 instructor school taught by SAS and HK instructor Phil Singelton.  It was an amazing course and I developed a real appreciation for the weapon during the training class. 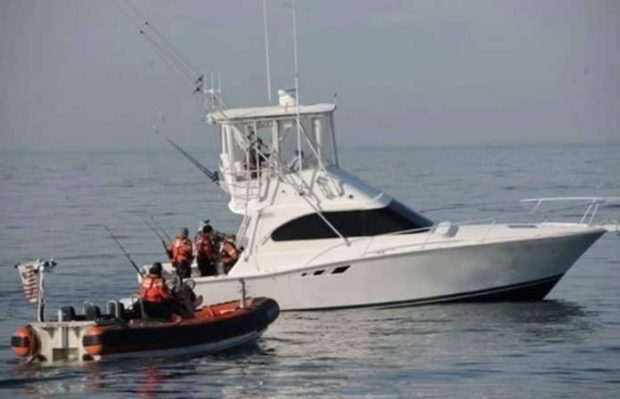 Information for any of my readers who spend time on the water.

Here Are 4 Concealed Carry ‘Holsters’ That I Simply Don’t Trust, And Reasons Why You Shouldn’t, Either 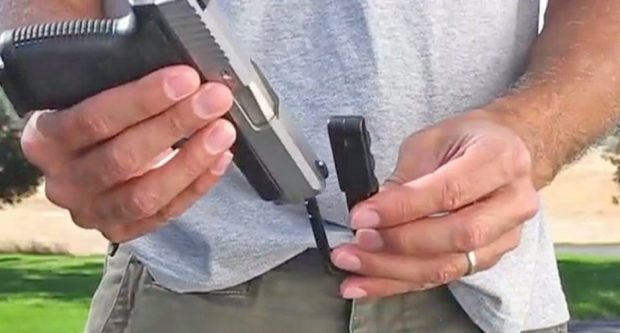 I use a clipdraw on double action revolvers, but I wouldn’t use it without trigger protection for any other weapon.  The rest of the advice is right on.

Lots of folks train reloads with AR-15s, but very few have formal training using the AK-47.  Here is one sensible option for doing a speed reload with your AK.

THE PLUSES AND MINUSES OF +P AMMO 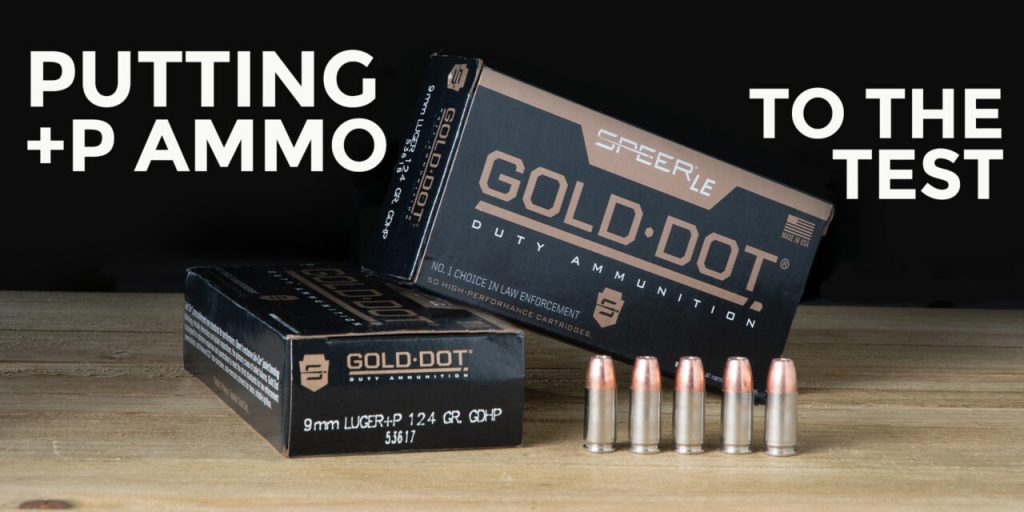 I think that the +P ammo is most useful in short barreled 9mm pistols, not for better terminal performance, but instead for slightly greater reliability from faster slide velocities.

Best .22 Ammo For Every Application 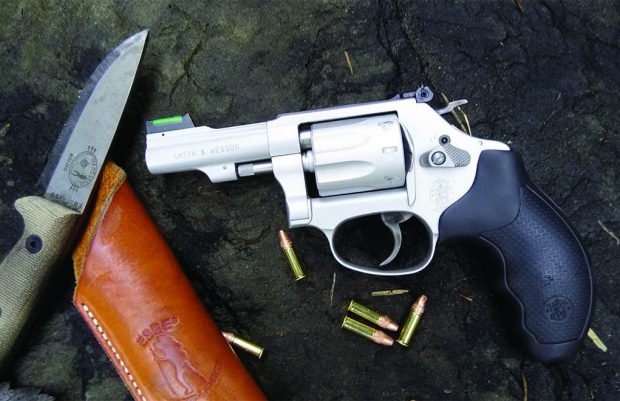 This is generally good advice about .22 rounds.  I carry either the Stinger or the Velocitor for defensive ammunition.  I like the performance of the 60 grain load the author recommends, but in my experience it isn’t as reliable as the CCI offerings.

Here’s What 75 Preppers Learned During the Lockdown 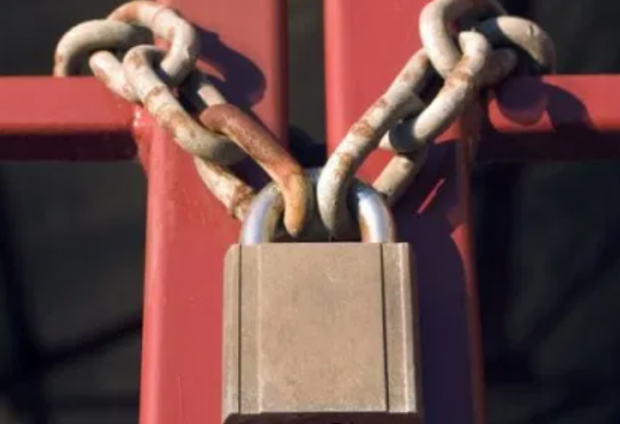 Personal stories from 75 different people about how the Covid-19 lockdown affected their lives. 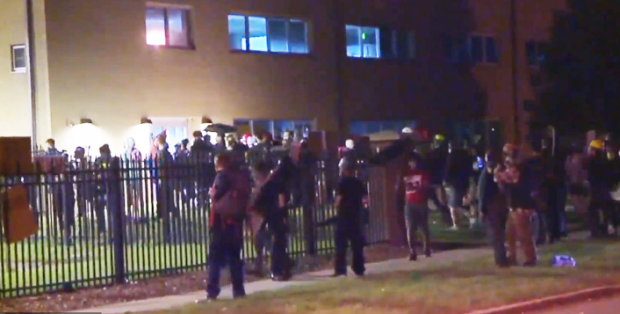 I’ve written in the past about the need for police officers to have a plan to physically defend their police stations from attack.  The attacks have progressed beyond simple sniping at officers in the parking lot or firing rounds into the building from outside.  This attack  involved chaining all of the doors of the department, locking the Colorado officers inside for seven hours.  After dispersing the crowd, officers found containers of gasoline and fireworks staged outside in order to set the building on fire.

I fear that this will escalate.  Cops aren’t going to be burned alive without a fight.  I predict cops will eventually start employing rooftop snipers to defend their positions.  Once those snipers start shooting people, the cities will burn.  I don’t see how this can be ratcheted down at this point. 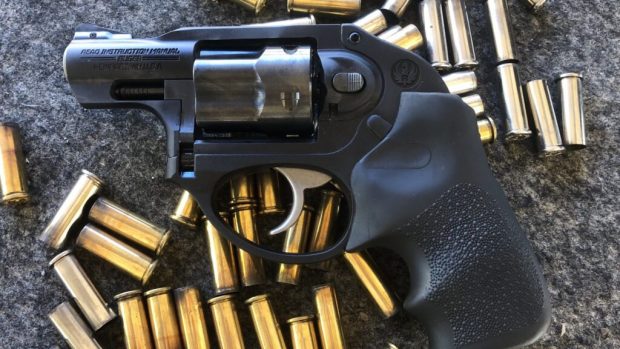 The Revolver Guy conducts an authoritative review of the Ruger LCR.

Days of Rage: America’s Radical Underground, the FBI, and the Forgotten Age of Revolutionary Violence 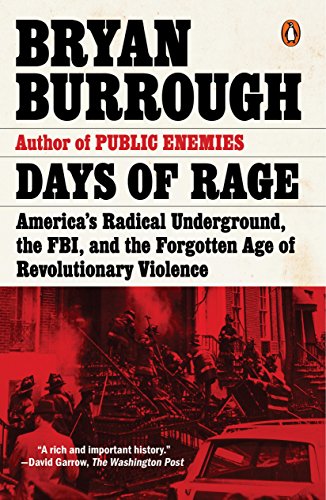 Our current societal unrest is incredibly similar to the violence our country experienced in the late 1960s.  I figured it is probably a good idea to study past practices in order to determine an optimal solution for our modern issues.

I often get requests from readers about writing more articles concerning family safety.  That’s not my field of expertise, so I defer to others who know the subject much better than I do.  Here is an excellent example of the types of things that your kids need to know in order to respond properly in an emergency. 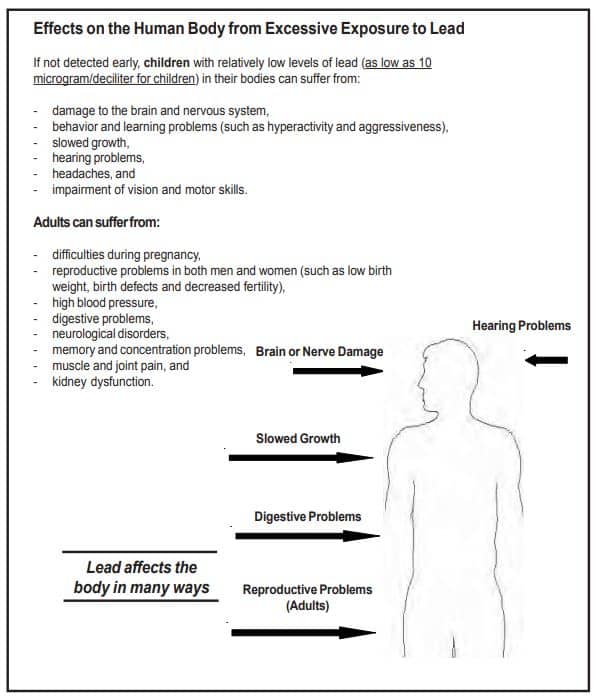 Having suffered some negative health consequences of an elevated blood lead level, I think this information isn’t as widely disseminated as it should be.

I like the Talon Grips and have them on several of my pistols.  They work well and are far less expensive than custom stippling.

Mandatory Mask Orders: Can You Still Carry in Your State? State by State 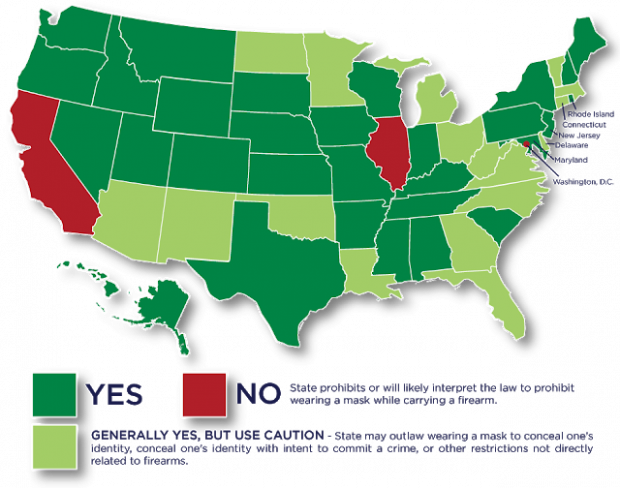 Despite what much of the internet says, in most places there are no restrictions on the carry of a concealed  weapon while wearing a Covid mask. 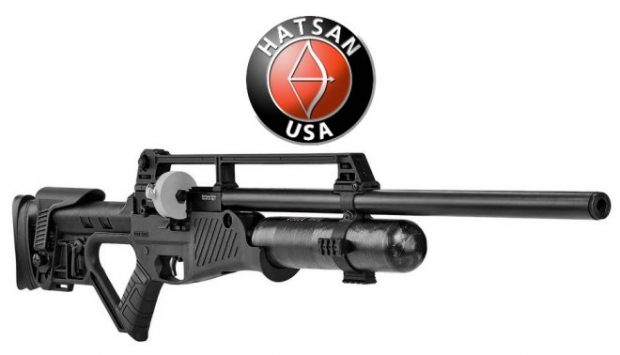 This may be a useful addition to some of your arsenals.

BOXING GLOVES ARE FOR BOXERS 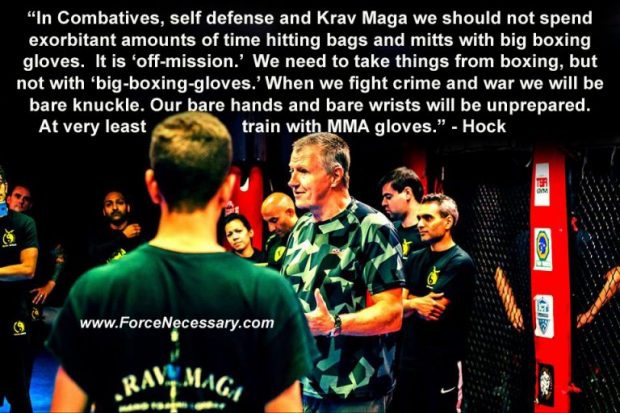 Hock discusses his view about the role of boxing gloves in combative training.