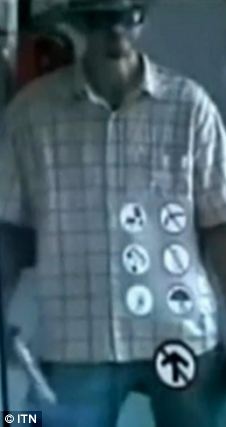 Watch the video of this takeover-style robbery of a bank in Brazil.  It’s odd enough that it merits some discussion because the same type of events can also occur here.

Take a look at the surveillance video below before I detail some discussion points.   The video, along with a news article that explains the events can be found HERE.  The video shows a multiple attacker takeover-style bank robbery.  One of the robbers shoots himself during the heist.

Let’s look at some of the lessons to be learned:

1) “No Guns” signs do not guarantee your safety.   The event happened despite the clearly displayed “No Guns” sign. Criminals don’t care about these signs and you shouldn’t either.

2) Passive security measures can be defeated.  The bank employees likely felt safe that they were secured behind the locked door, until the robbers broke it with what looks like a crowbar. Fortifications are great, but all of them can be defeated if the criminal has enough time or desire.

3) Multiple attackers.  Note the presence of three robbers.  Two were controlling the crowd and one was covering the door. When your adversaries split like that it really makes it tough to get bullets into all three before you get shot yourself. Always be looking for the extra accomplices.

4) Negligent discharges can be just as deadly as intentional criminal gunfire.  Don’t assume weapons proficiency from your criminal attacker. Look at the lead guy (who didn’t have a round in the chamber) and then (obviously) the dude who shot himself.

Many folks think “I’ll just give him the money and he won’t shoot.” Even if that is true, you can’t discount the possibility of being accidentally shot by the criminal. If someone points a gun at you, your must assume that your life is in danger even if you don’t think the attacker will shoot.

5) Your bullets should be targeting the criminal’s center mass, not a leg or arm.  How many people think “I don’t want to kill anyone. I’ll just shoot the criminal in the leg?”  Here’s the perfect example of why that isn’t a good idea. Even with a bullet wound, the guy still held his post and then hobbled away on his own free will. There is no doubt in my mind that he could have shot anyone attempting to interfere with their getaway.

6) Multiple weapons are the rule when dealing with hardcore criminals.  Don’t assume that the bad guy has only one gun. Here’s an obvious example where the guy who shot himself had one in each hand. If you do get the drop on a criminal and order him to drop his gun, stay alert. He may have another one.

Switched on armed citizens and cops carry backup guns on a regular basis.  Knowledgeable bad guys do too.

Put yourself in this scenario as a bank employee or customer.  What would you do?  Pre-planning  possible responses for as many crime scenarios as possible is a great mental investment in your future safety.