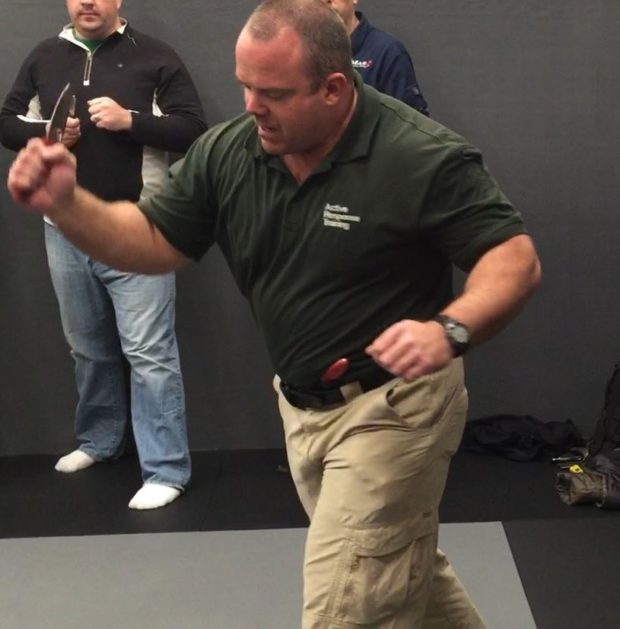 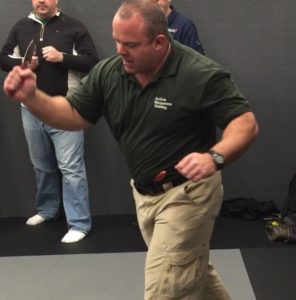 Last weekend, John Murphy of FPF Training hosted me for a Defensive Knife class in Manassas Virginia.  The class was well received by the 22 students who attended.

A couple of the students shared AARs (After Action Reviews) of the class.  If any of you are interested in seeing what my knife class is all about, check out the two articles linked below.

The author of this review is a good friend and highly accomplished shooter who has attended several of my training classes.  You can read his whole review above, but here is a highlight:

“The class was fantastic. Greg has effectively distilled years of training and teaching this topic into an easily digestible program that just about anyone can pick up in short order…and it’s stuff that has a very high likelihood of success if the need to apply it ever manifests. Greg is good at what I call filling in the “cracks”: providing useful instruction aimed at the gaps most citizens and police officers have in their defensive game. This class won’t make you the world’s leading knife fighter, but it does a damn good job of filling that “crack” and giving you an effective plan B for those occasions where you don’t have or can’t get to your firearm to defend your life.

I took this class with a buddy of mine who recently retired after 25 years as a police officer. He told me afterwards that in the whole of his career he had never encountered any defensive tactics training that was even close to the quality or effectiveness of Greg’s instruction. He further offered that he couldn’t think of a single criminal he ever arrested who would have been prepared for just how dangerous the students in this class would be with a knife.”

Tim also put up a few videos of the class.  The first is me teaching some criminal knife tactics picked up by watching inmate practice sessions at a state penitentiary.

The second video is me discussing techniques to minimize the problem of drawing an opening a folding knife during an attack.  This is a way to pre-stage the knife when moving through dangerous areas so that it is ready for quick action.  If you have read my article about the Bag Trick, you might have already seen the technique.

Thanks to Tim for the excellent review.  Follow more of his writing at Gun Nuts Media. 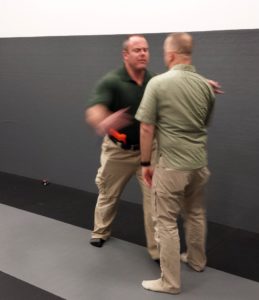 The same class was also reviewed by the Civilian Gunfighter Blog.  The author there wrote the absolute most thorough review of my class that I have ever seen.  Seriously, this review details almost EVERYTHING that I covered in the class.  If you are really looking for an idea of my class contents, this is the one to read.

His summary is as follows:

This class was fantastic and was exactly what I’d been looking for.  Greg Ellifritz is, without a doubt, a subject-matter expert in this field, and his ability to impart his knowledge and provide useful drills and feedback is as good as any instructor with whom I have so far trained.  He reiterated safety concerns repeatedly, solicited questions from the students constantly (and had great answers for them!), allowed the students to work at a comfortable pace, and was as approachable as can be with questions/concerns/clarifications.  I would not hesitate to recommend this class to anyone, especially those who, like me, have traditionally been “gun guys” and don’t want to devote decades to studying a knife “system.”  If there is any doubt about how I felt leaving Greg’s class, I plan to sign up for his Extreme Close-Quarters Gunfighting class as soon as I can ensure my calendar is clear.”

Thanks to both Tim and the Civilian Gunfighter for taking the time to write such thorough reviews.  If they inspired you, check out my training schedule to find an upcoming class in your area.

If you would like to see other students’ reviews, check out my Class Reviews and Student Feedback page.