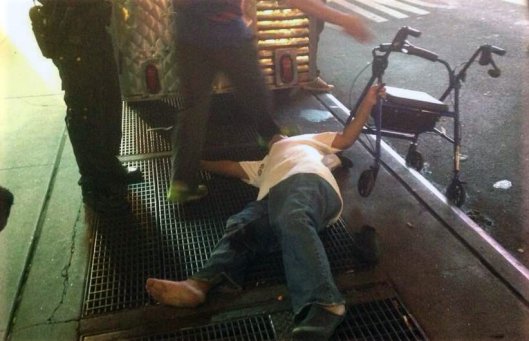 An article on the Bearing Arms website caused a bit of controversy.  Check out HARSH REALITY: Police Are Not Highly Trained Firearms Experts.

The article essentially describes how most police officers simply aren’t very good shooters or tacticians.  A lot of folks who have never been shooting with cops would really be astonished at the relative lack of shooting skills most cops exhibit.

Having been a full time police firearms instructor for 13 years and still occasionally training officers, I can verify that the author of this piece is absolutely correct. But, as with many statistics, there are a lot more variables to consider.  Being a “good shooter” is subjective and isn’t the easiest thing to evaluate.  I would be considered a “good shooter” among my peers, but when I shot in a competition with Rob Leatham, I looked like a rank amateur by comparison.  Lets take a look at some concrete numbers and see if we can more objectively rate the average cop’s skill level.

In the state of Ohio, police officers must be given at least 60 hours of firearms training in their basic academy.  They must fire at least 1500 rounds during those 60 hours.  It’s a pretty good start, but unfortunately, most cops don’t get quality continuing in-service weapons training to refine or improve their skills after they get out of the academy.

Here in Ohio, there is no requirement for post-academy  in-service firearms training.  Each officer must shoot and pass the state shooting qualification test (25 rounds) once per calendar year.  The test is so easy, I had one of my retired officers try to shoot it while blindfolded.  He passed.  Try it for yourself.  If you can’t pass it, you have no room criticizing the average cop’s skill level.

Even though there is no requirement for shooting beyond the annual qualification test, I find that the average cop in my state shoots around 100 rounds a year.  That’s not enough.  Cops are supposed to be “the professionals” when it comes to handling firearms and violence.  Can you imagine a professional basketball player only shooting 100 free throws a year?  How good would he be?  Shooting is a psycho-motor skill and requires regular practice to maintain.

A recent study from Caliber Press quantifies the amount of police training that cops get throughout the country.  The survey of 881 officers showed that cops most commonly shot only two times a year.  They practiced scenario oriented training, defensive tactics, and intermediate weapons on average once per year.  Even scarier is the fact that between 30% and 40% practice scenario training or defensive tactics less than once a year or “never.”  Cops may be bad shots, but they are even worse fighters.

Although the average statistics are horrible, you shouldn’t assume ALL cops are bad shooters.  Individually, there are quite a few cops who are outstanding shooters and tacticians.  There are some police departments that train to a much higher standard than others as well.  When I was the training officer for my department, our officers shot their handguns 6-12 times a year (depending on type of gun carried and assignment) and averaged about 2000 rounds fired annually per officer. At one time (when budgets and staffing were at their highest), I put officers through scenario training four times a year, did monthly defensive tactics training, quarterly rifle-specific training, and regularly conducted larger on-shift scenarios using abandoned houses or business donated to the city for our training.  That may not make my officers “experts,” but they are significantly better trained than the average recreational shooter.

Now that my training position has been eliminated, we shoot handguns three to four times a year and rifles annually.   Officers are shooting about 500 rounds a year. Until this year, we hadn’t done defensive tactics training in almost four years.  We do Taser training annually and training on our other weapons (baton and chemical spray) every other year.

Most cops are not “gun people.”  Most don’t train on their own or go to professional classes.  Most don’t have more than a passing interest in the art of shooting.  All of that will have to change if you ever expect cops to be considered true “experts.”