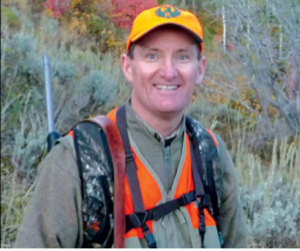 I recently read one of the most ridiculous gun articles I’ve seen in a long time. In 18 Experts Pick Their Concealed Carry Weapon of Choice, some supposed “experts” reveal their chosen CCW gun and the rationale behind why they carry it. The article is obviously intended for beginners and provides some absolutely horrible advice from some people who have no idea what they are talking about. Go read the article. Then come back and we’ll discuss the problems it advocates.

The “expert” advice contained in the article can be classified in a couple different ways. Some of these people are not experts and should be ignored. They have no idea how bad their advice is.

Some of the “experts” are true gun experts (competitive shooters), but don’t know anything about self protection. Others are obviously biased by their industry ties and sponsorships.

Some of the “experts” interviewed are true experts, but their advice may not be good advice for you to follow. Bill Rogers is one such example. I’ve seen Bill shoot. He would be deadly with a .22 derringer. His choice of a 9mm snub revolver carried in a pocket is likely a good choice for his lifestyle. Would I advise most beginning shooters to pocket carry a 9mm snub? Absolutely not.

The problem with articles like this one is that the average reader has no idea who is credible or whose advice to follow. Should he carry a Taurus Curve without a holster or a .50 custom 1911 in an IWB holster?

Everyone is limited by his or her own experiences, myself included. Often times we don’t know what we don’t know. I’m far from being omniscient, but I have taught defensive firearms skills full time for more than 15 years. I had cops on my range daily for 13 years as the training officer for my department. I work at a high volume shooting school. My experience isn’t limited by just the guns I’ve shot and carried. I’ve seen just about every possible variation of gun and holster combinations come through my classes. I’ve seen what works and what doesn’t.

I’m not going to comment on each of these experts’ choices. I will, however, provide some general commentary based on my experiences over the years. Hopefully, that might steer some beginning shooters in a better direction.

• Traditional double action guns (like the Sig 239, Beretta 92, and S&W 4516) are generally harder for students to learn to operate than the striker fired or DAO guns. Mastering two different trigger pulls and remembering to de-cock under stress make the traditional DA auto pistols more difficult to master.

• I’ve been uniformly unimpressed by any of the firearms made by Taurus. I see more problems from this brand than almost any other “quality” handgun manufacturer I see in my class. I would suggest that you avoid Taurus guns. While there are individual specimens that likely perform fine, as a whole, the brand sucks.

• The Ruger LCP has been hit or miss in my students. Some work well. Some don’t. If you choose to carry this weapon, I highly recommend that you carry the newer model with the better sights and smoother trigger.

• The Ruger LC9 is generally less reliable than the LCP. I wouldn’t carry one. If you are looking for a small polymer 9mm, the Glock 43, S&W Shield, Sig 365, or Walther PPS are better choices.

• 1911-style pistols are truly guns for experts. Unfortunately, most of the folks carrying them defensively aren’t anywhere near the “expert” level. The 1911 will take far more effort and maintenance to maintain reliability than any of the modern striker fired guns. If you treat your gun like you treat your lawnmower, the 1911 is not a good choice for you.

• Snub-nose revolvers are also experts’ guns. It takes a lot of practice to shoot a snub well. Most new shooters looking for a small carry gun would be better off with a mid-size semi automatic pistol than a snub revolver.

• You don’t need a 10mm or .50 AE auto pistol for defense against humans. In bear country, they would make great weapons. Against humans, not so much. The increased recoil and blast make fast followup shots difficult. Practice sessions are both fatiguing and expensive. There isn’t any substantial increase in stopping power over the common service calibers. Stick with 9mm, .40. or .45 instead.

• Winchester Silvertip ammunition was state of the art in 1987. Ammunition technology has improved greatly since then. Silvertip hollowpoints do fine in bare flesh, but perform horribly if shot through heavy clothing or any intervening barriers. There are much better rounds on the market than the Silvertip.

• The selling point of MagSafe ammo is it’s lack of penetration. In most calibers, it only penetrates six to eight inches maximum in flesh. While that is great if your primary goal is avoiding a bullet pass through, it isn’t so great if your primary goal is to stop the attacker. Choose a defensive round that penetrates at least 12″ of ballistic gelatin.

• Carrying the same bullet that your local police department carries is usually pretty good advice…unless your local PD carries semi-jacketed soft point .45 acp ammo. Does such a round even exist? If your local PD carries a good round, it might be useful to copy them. Just recognize most cops aren’t gun guys and some agencies choose horrible bullets for their officers

• Federal Hydra-shock ammunition is similar to the Silvertip discussed above. It is at least one generation behind the most state of the art bullets available today. I would generally avoid it, except in .380 acp, where it seems to perform pretty well.

• There is nothing magical about the Winchester Black Talon ammunition. It retains a cult following and some people carry it thinking that because it was discontinued, it miust be “too deadly.” Not true. Winchester discontinued it because of bad publicity. The Ranger SXT is a functionally identical bullet. Besides, the Black Talon stopped being produced in 1993. Why would you trust your life to 25 year old carry ammo?

• Carrying an Uncle Mike’s inside the waistband holster is the uniform identifier of an amateur shooter/tactician. These holsters are cheap and provide a minimally effective way of carrying the gun. They are not carried by professionals. These holsters have clips that don’t stay secured to the belt, collapse when the gun is removed (making reholstering without muzzling your support hand impossible), and are made from flexible material which may cause the trigger to be accidentally moved to the rear when holstering. Avoid them.

• Fobus is another brand that screams “amateur.” Their products are crap. Don’t carry them. And carrying a tiny gun in a Fobus paddle holster is absolutely ludicrous. Tiny guns are meant to be carried in places larger guns can’t be. If you are going to carry in a paddle holster covered by a coat, carry a full sized gun in a paddle holster that actually retains the gun. Anything that says “Fobus” on it should be relegated to the scrap pile.

• Hybrid holsters like the Alien Gear or Crossbreed often cause problems as they age. They may be comfortable initially, but I haven’t had many students wear them successfully on a daily basis for a long time. If you are carrying IWB, I would generally recommend and all-leather or all-kydex holster, not a hybrid.

• Carrying a gun butt forward on the strong side is a poor choice. The draw is slow and awkward. Retention is difficult. You almost always muzzle yourself when presenting the pistol. Don’t do it.

• Small of the back holsters are stupid. They print every time you bend forward. They are slow to draw from. They are almost impossible to defend from a gun grab. Avoid them.

Did I make any of you mad?  Do you feel the need to rabidly defend your criticized carry choice?  If you are so set on your carry method and pistol choice, then why even read the article?  Don’t post your irate and butthurt comments.  You can think I’m an idiot.  That’s fine.  Continue carrying your Taurus pistol in your Fobus small of the back paddle holster.  I’m sure that you are the special snowflake who can make it work.

The rest of you might be able to learn something from my many years of trial and error.