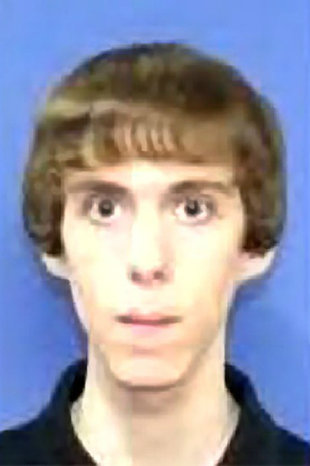 The search warrants and inventories of items seized during the investigation of the Sandy Hook Elementary School shooting last December have just been released this morning.  As it is essentially “breaking news”, a thorough analysis has not been done.  However, there are a few good articles out there listing some interesting facts.  Check out these three:

MILLER: Finally some answers about the Sandy Hook school shooting

Some items to note from the above articles….

1) Active Shooters almost always carry more than one weapon and will be prepared to fight.  The warrants revealed that the shooter was wearing a bullet proof vest.  Did he expect the school kids to fight back?  Nope.  He was preparing for a confrontation with the cops.  The warrants also noted that he was armed with a .223 Rifle, two handguns (a Glock 20 in 10mm and a Sig 226 in 9mm), and three fully loaded magazines for the rifle.  He had a 12 gauge shotgun and 70 more shells for it in his car.  He fired a total of 155 rounds in his rampage.

Be prepared for a fight if you choose to engage against an active shooter.  Don’t assume he is unarmed if he drops a visible weapon.  Be prepared to target alternate areas of his body (head or pelvis) if shots to center mass aren’t proving to be effective because of body armor.  Can you make good headshots with that little .380 auto you carry in your back pocket?

2) His mother provided the funds for at least one of the weapons.  According to the warrant, they found:

“a holiday card containing a check made out to Adam Lanza for the purchase of a firearm, authored by his mother, Nancy Lanza.”

If your family member has a known mental illness, please do not give him guns for a Christmas gift.

3) Shooters will obsessively study past active shooting incidents in order to “improve their score”.  They want infamy and a high body count.  Warrants detail that they found clipped articles about past school shootings in Lanza’s bedroom.

4) Shooters will create evidence detailing future plans.  Investigators seized seven journals written by the shooter.  Investigators wouldn’t have seized them unless they had relevance to the case.  They likely contained his plans for the massacre.  Be alert for such evidence.  Don’t discount it or trivialize it if found.  Report it to school authorities or police.

5) All of the shooting happened in a five-minute period.  These things happen quickly.  What is the response time for your local police department?  In an urban area that is well staffed, it is likely to be four to six minutes before an officer will be on scene.  You cannot expect the police to protect you.  Statistically, the attack will be ending as police arrive.  You are on your own!

Those are the take-home learning points from the news today.  I will continue to monitor the story and release more news and tactical analysis when additional information is released.