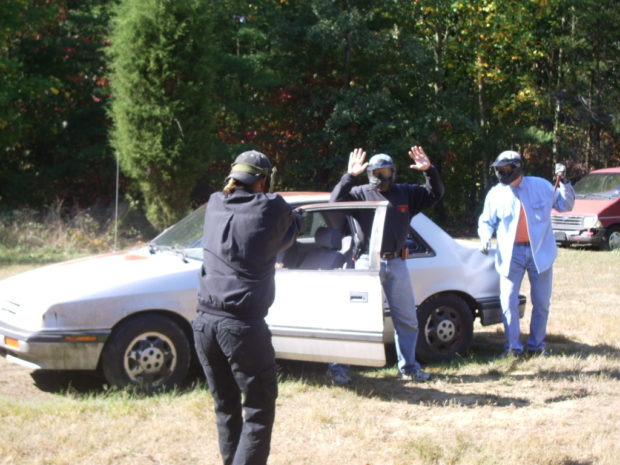 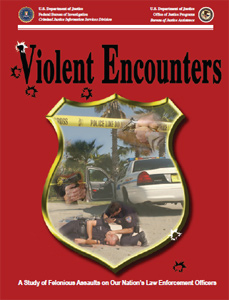 Many of my students are serious practitioners of the art of self-protection.  They’ve graduated from numerous shooting schools and hold black belts in various martial arts systems.  Although they generally enjoy the training process in general, their ultimate goal is to become better fighters.  They are hoping that the skills they obtain through frequent training will promote a better skill level than the attackers they face.

Most people “know” that criminal attackers don’t take formal training classes and they assume that if an honest citizen has a couple of good training classes under his belt, he will beat the untrained, poorly skilled criminal in a fight.  This may be true, but in some cases it’s not.  Let’s look at some research….

The FBI put out a publication several years ago titled  “Violent Encounters: A Study of Felonious Assaults on Our Nation’s Law Enforcement Officers.”   In it, the researchers identified 40 cases of serious attacks on police officers and then interviewed both the officers and the attackers involved in each case.  They talked to both about the training they received, weapons usage, practice habits, and attitudes towards violence.  The results were remarkable.

The first thing that the researchers learned is that our assumptions about criminals not training are wrong.  Nearly 40% of the criminal attackers in this study had received FORMAL firearms training (mostly in the military).  More than 80% of the criminal attackers regularly practiced with their firearms, with an average number of 23 Practice Sessions Per Year.  They conducted these practice sessions in trash dumps, wooded areas, back yards and “street corners in known drug trafficking areas”.  What that means is that the practice sessions were taking place in realistic environments, under conditions similar to those the attackers were likely to face in combat.

Does that change your opinion about the abilities of your likely attacker?  It should.  Let’s compare the criminals’ training program with the programs of the cops they attacked…

The cops involved in these incidents all had some type of formal training at their departments, but on average, only fired their guns 2.5 times per year.  All of that training was conducted on a static shooting range that had little relevance to the environmental conditions where the cops actually fought.

So, who do you think is better trained, the criminal or the cop?  In this sample study, it was clearly the criminal.  If you aren’t a cop and carry a concealed weapon to defend against criminal attack, how does your training stack up against the bad guys in this study?  Most educated firearms trainers would barely consider at state concealed carry course as “formal training”.  CCW classes are generally geared to novices and focus on safely handling a firearm rather than teaching anything that could be considered “tactical”.  Yet many shooters stop their education there.  It’s not enough.

What about practice?  How many of you shoot your weapons 23 times a year in a realistic environment?  I don’t know many people other than hobbyist shooters who do that.  The average CCW permit holder is clearly outmatched by any violent criminal similar to the type interviewed in this study.

There is another factor that is even more important than training…it’s EXPERIENCE.  All training is merely an artificial attempt to simulate a gunfight experience.  Clearly experience matters; we try hard doing everything short of seeking out real gunfights  to gain as much experience as possible in our practice sessions.  In the “Violent Encounters” study, how do you think the criminals’ experience levels compared to the cops?

More than 40% of the criminals identified in the study had at least one gunfight experience before attacking the officer.  25% of the attackers had been involved in more than five gunfights.

That experience changes one’s perceptions of fighting with a gun.  One of the interviewed criminals summed it up perfectly when he stated:

“I made up my mind that nobody was going to shoot me again.”

Take a look at this guy.  He was 29 years old when he was killed by a homeowner during a home invasion.  He had previously been shot in 10 other incidents and survived!  Do you think that he might have picked up a few insights about gunfighting during some of those shootings?

I train a lot of cops.  Its my job to talk to cops about what works and what doesn’t.  I don’t currently know a single cop who has been involved in 10 on-the-job gunfights.

Both groups had different attitudes as a result of their differing levels of training and experience.  The officers went out of their way to avoid gunfights.  The study noted “It appeared clear that none of the officers were willing to use deadly force against an opponent if other options were available.”

Contrast that with the attitude of their attackers.  The report noted “Offenders typically displayed no moral or ethical restraints in using firearms…In fact, the street combat veterans survived by developing a shoot- first mentality.”

This study showed that the police officers were outmatched by their criminal opponents in every domain studied: training, experience, and mindset.  If trained police officers are outmatched, where does that put the average citizen?  It is actually quite astounding that citizens do as  well as they do when they confront violent criminals.

Short of becoming a thug, what can you, a cop or armed citizen, do to better his training and experience?

The first thing that you could do is to increase the frequency of your practice sessions.  Shorter, more frequent practice sessions are more effective than long sessions that are spaced months apart.  Even if you don’t have regular access to a firing range, you can still practice drawing your gun and dry firing.  There have been several research studies that have shown dry firing to be just as valuable as real shooting for maintaining marksmanship abilities. 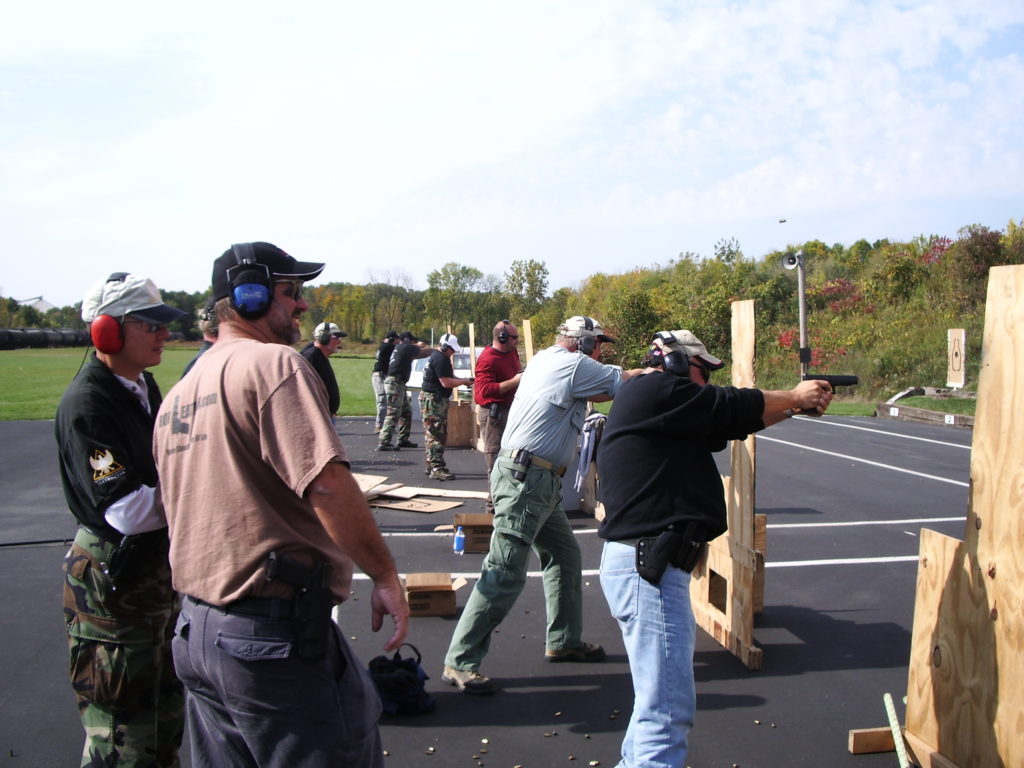 Get the best training you can afford. Here, TDI instructors are coached by world champion shooter Rob Leatham

Marksmanship and practice is easy.  Gaining valuable experience is more difficult.  If you aren’t regularly engaging in gunfights or dealing with criminal violence it is tough to acquire.

One idea is to learn from the experiences of others.  Even if it isn’t a direct experience, there are lots of lessons to learn by studying the success and failure of others.  I make a point to interview as many gunfight participants (on both sides of the law) as possible.  All of them have taught me valuable lessons that I’m glad I didn’t have to learn on the street.  If you don’t know any gunfighters, read as much as you can on the subject.  Many of the monthly firearms magazines have feature articles that provide a detailed analysis of a certain gunfight.  Study those articles and read as many books as you can find on the topic.

The other method of acquiring experience is to do so in the context of force-on-force training.  The best type of this training is conducted at professional shooting schools and uses tightly-scripted professional role players.  It is costly, but worth the expense.  You will learn more in one day of this type of training than you will learn in weeks of practicing by yourself. 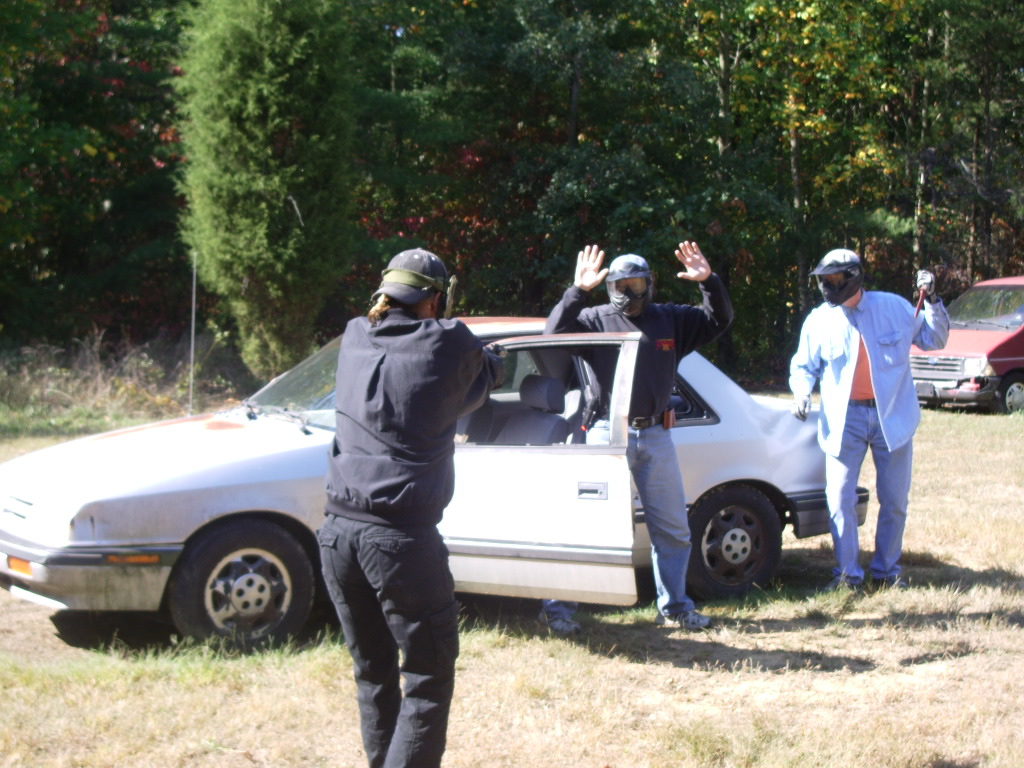 If you don’t have access to such training, practicing scenarios with a few friends or family members using airsoft guns also works well.  Before undertaking such activity, make sure there are no live weapons in the area, have a safety monitor to stop the scenario if a dangerous situation is created, and make sure all participants are wearing adequate protective gear.

The mindset, training, and experiences of your opponent are outside of your sphere of influence.  You can’t control them.  You can control those factors in your own life.  Practice often, study, and do everything you can to make the odds in your favor!