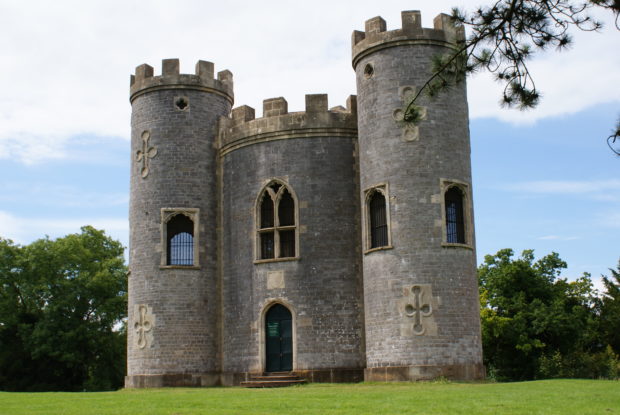 Let’s talk a little bit about “Castle Doctrine”. In this case, the homeowner shot an intruder who was unarmed and may not have been a true lethal force threat. Despite the shooting of an unarmed man, the homeowner will likely not be criminally charged. Here’s how it works….

In general, in order to shoot someone (regardless of location), you need to have a reasonable belief that your attacker is going to kill you or cause you very serious injury. Each state abides by these basic guidelines, but every state generally has a different term for “serious injury”. In Ohio, serious injury is called “serious physical harm”. Other states call it: grievous body injury, grievous bodily harm, or grave physical danger. All of them have separate legal definitions, but they mean pretty much the same thing. An injury that causes maiming, disfigurement, broken bones, or is likely to land you in the hospital would most likely qualify.

Furthermore, “reasonable belief” doesn’t mean “it could happen”. In order to employ deadly force, you have to believe “more likely than not” that your attacker will kill you or cause you serious injury. The factors that go into this decision include: ability (can the attacker do the damage?), opportunity (is the attacker within range to employ his ability?), and jeopardy (also called “intent”, just because an attacker has the ability and opportunity to kill you, he has to have the intent to do so, placing you in “jeopardy”).

Some other folks add the idea of “preclusion”. That means that you didn’t have any other available options (like escape) before shooting. In Ohio preclusion is expressed in the legal doctrine of “duty to retreat”. When outside your home or car, you have the duty to escape a lethal force confrontation before shooting IF ESCAPE IS FEASIBLE. Many times it will not be feasible to escape without placing yourself in undue danger.

So, to summarize all this, you must have a reasonable belief that your attacker will seriously injure or kill you (using the ability, opportunity, jeopardy tests) before shooting. If you are outside your house or car, you must make an effort to escape before shooting if that is possible. Pretty easy guidelines to follow. How does “Castle Doctrine” change all this?

Castle Doctrine changes things in two ways for people in Ohio.  First, if you are in your house or car and a person illegally enters one of those sites, you do not have a duty to retreat. You may stand your ground and shoot your attacker without retreating.

Second, if a person illegally enters your house or car (with you inside), the burden of proof of establishing the intent to cause “serious physical harm or death” falls on your attacker rather than you. It doesn’t give you a license to kill everyone who enters your house, but it does make your attacker prove that he WASN’T trying to kill or seriously injure you. You don’t have to prove that he WAS trying to kill or injure you. It makes it easier for you to win in court.

An easy way to think about this is that if a person is illegally in your house or car, you can assume that he is there to hurt or kill you, UNLESS YOU HAVE EVIDENCE TO THE CONTRARY. Castle Doctrine doesn’t mean that you can shoot anyone for any reason. It only means that the burden of proof is shifted from the homeowner to the bad guy. If you saw someone heading out your door with your TV in his hands and shot him in the back, you would still be prosecuted…even with the passing of the Castle Doctrine.

And one other thing to mention, even if it is legally justifiable to shoot, set your ego aside and think about other options. In the long run, you will be much happier if you don’t shoot someone, even if you are justified to do so.

Castle Doctrine helps prevent being charged criminally, but doesn’t get rid of the civil lawsuit, confiscation of your weapon, cleanup costs, and the way you will be treated by other people for the rest of your life. If you can get out of your house and avoid shooting, DO IT.  If you can get the criminal to leave without having to shoot, DO IT.  Check out my friend Larry Lindenman’s advice about how to safely escort a criminal out of your house.  Doing something like Larry suggests will save you a lot of future headaches, even if you are legally justified in shooting the criminal in your house.