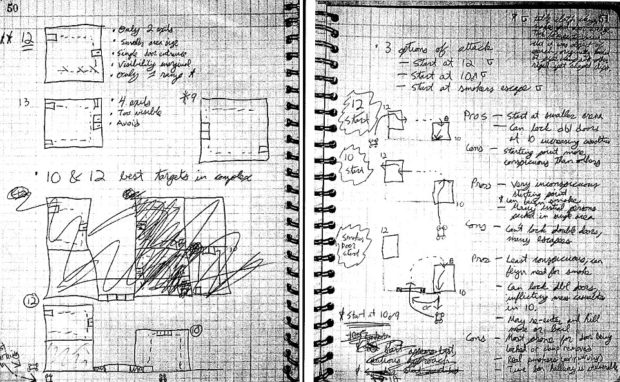 As most of you know,  I take a special interest in researching active killers.  I’ve been closely watching the progress of the Aurora, Colorado “Batman” movie theater killer’s trial.  If you are unfamiliar with the incident, check out my article HERE.

Last week, the killer’s diary was released to jurors in the media.  The article ‘Why? Why? Why? displays the pages in full for your evaluation.  In most of my active killer articles, I describe how the perpetrators didn’t “just snap.”  Most killers plan their crime quite thoroughly.  This incident is no exception.  The diary contains evidence that the killer here had been planning his shooting for 10 YEARS!

While the killer’s insane rantings are somewhat interesting, what I found truly enlightening was the thought process he used to choose his target.  In addition to movie theaters, the killer considered shooting up or bombing an airport.  He chose to avoid the airport as a target because of his perception that there would be greater security there.  He also believed that airport attacks would be viewed as “terrorism” and that wasn’t the message he wanted to send.

He ended up choosing the movie theater because it was “isolated, proximal, and large.”  He drew maps of each individual theater in the complex and chose his target based on the fact that the particular theater he selected had an exit into a rear parking lot that was isolated and had limited visibility.

That theater also had easy access from the outside, and a minimal number of exits (2).  The killer noted that the doors could easily be locked or chained to prevent escape.  He rejected theaters that were in the front of the complex, those that were more visible, and those that had numerous exits.

His plans also factored in an estimated police response time.  He wrote about how he knew he would be caught and that he only had approximately three minutes to kill as many people as possible before that happened. 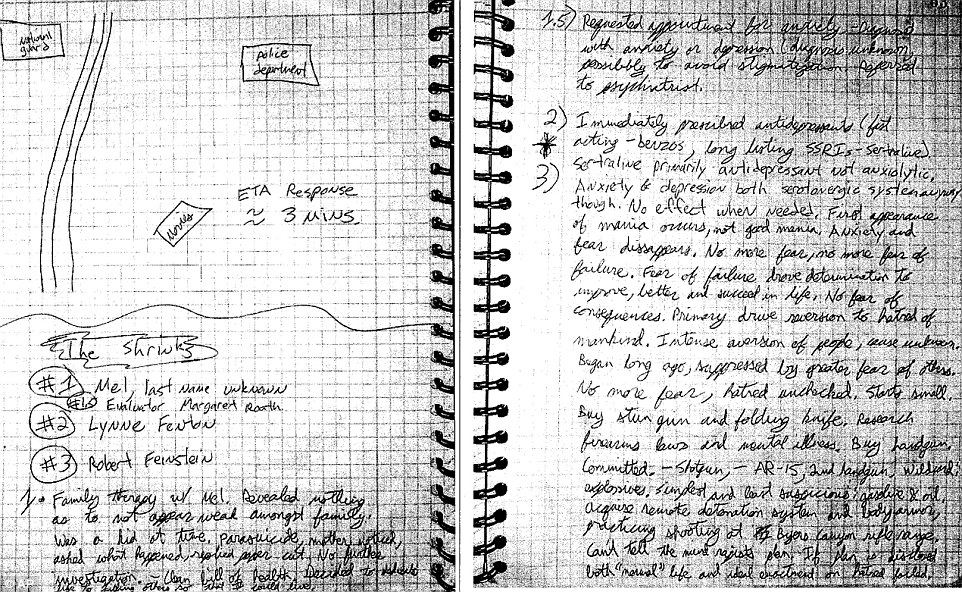 Although the killer did take security into account (by choosing the movie theater over the airport) there was no evidence (as some experts have postulated) that the killer chose this specific movie theater because it was the only one in the area that banned the lawful concealed carry of firearms.  In fact, there is no evidence in his diary that he even considered the possibility of being shot by a lawfully armed citizen or an off-duty police officer watching the movie.

Though the message won’t be well-accepted by this audience, gun control did not appear to be a factor in the target selection for this massacre.  The presence or absence of armed citizens wasn’t considered in this specific killing.  All of us who are gun rights advocates want to believe that this was yet another example where restrictive carry policies made a particular target very palatable for the killer.  That wasn’t the case.

It’s important not to let our personal feelings or hunches replace the facts in cases like these.  In the ever-present debate against the anti-gunners, we have the facts on our side.  We must stick to the truth and the facts we know so that we retain credibility in the debate.  There is no evidence that this killing was about “no guns allowed” signs, so stop using it (and erroneous conjecture) to win your arguments.  Stick to the facts that we know for sure.

Looking at his diary, there’s one fact that we shouldn’t take for granted…that the killer planned this massacre for a long time.  As he was scouting his targets, there must have been numerous people who noticed him looking at door locks and sketching theater diagrams instead of watching movies.

Pay attention to anyone who is taking extreme interest in physical design features and security measures in public locations.  Those folks probably aren’t architecture students.  They are likely to be planning to use the information for criminal purposes.  When you notice people acting in this manner, call the police.  There’s a chance that a lot of people would still be alive today if someone had noticed the killer’s intelligence gathering activities and reported them to police.