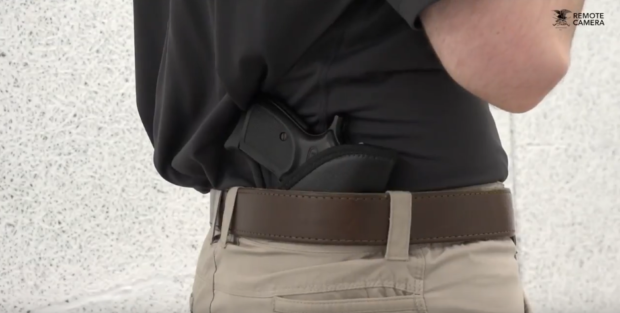 This installment takes a look at carrying a Bersa Thunder .380 in a Clinger Sticky holster. 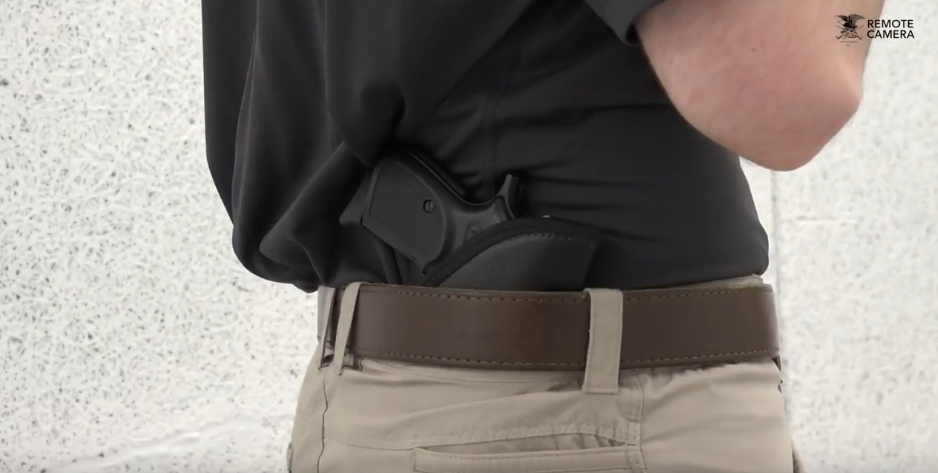 Let’s dive into an analysis of his carry choices.

The Gun.  The Bersa isn’t a horrible choice.  They tend to be more reliable than most people give them credit for.  I’ve had several perform flawlessly in classes.  I’ve also seen a few that don’t feed very well.  Overall, Bersa as a brand wouldn’t be my first (or second, or third) choice, but it may be adequate for the budget conscious person who doesn’t plan on shooting too much.

Even better, he could upgrade to a Glock 43, a S&W Shield, or a Sig P365 and have a reliable 9mm in the same sized package as the .380 he is currently carrying.

The holster.  I’m not a big fan of clipless IWB holsters, nor am I a fan of holsters that fit more than one different guns.  “One size fits many” means that it doesn’t fit anything well.  If the holster isn’t fit to the gun, the gun may fall out, the draw may be fumbled, or a negligent discharge can occur when something (like a shirt tail) makes its way into a loose holster trigger guard.

They actually admit the problem in the article:

“Universal-fit holsters are never as secure or stable as form-fitted designs, and the lack of belt-clip attachments on the Comfort Cling means that its position inside the waistband isn’t as rock-solid as clipped-on designs. However, for a budget or back-up rig, the Comfort Cling will serve well until a model-specific holster can be obtained.”

If you are going to buy a holster, but one that actually fits your gun. 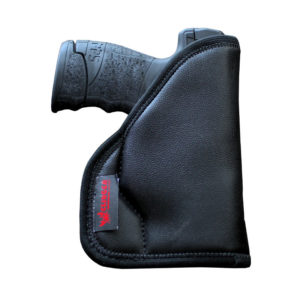 Universal holsters are universally NOT RECOMMENDED for my classes.

While these clipless “sticky” holsters work pretty well as pocket holsters, they are less secure inside the waistband.  I’ve found that the gun will move, slide down the pants, or fall out when the carrier moves violently.  I’ve had a few students wear these holsters in my ground fighting classes.  They’ve been complete failures.  When rolling around on the ground with a violent opponent, you want a holster that is securely anchored to your belt.

Besides the lack of security, the un-reinforced holster mouth causes problems when re-holstering.  In order to get the gun back into the holster, you must either remove the holster from the waistband or hold the holster open with the offside hand when holstering.  One option takes a lot of time and the other option causes you to muzzle your own hand.

Buy a sturdy IWB holster that is designed specifically for your gun.  It should be secured to the belt with a sturdy loop or clip.  The mouth of the holster should be reinforced so that you can holster the gun one-handed easily.

What about his flashlight?  I think it is a poor choice.  Who uses a 16 lumen light?  It’s not 1992.  If he wanted a really small light, he could get the 350 lumen Streamlight ProTac 1L.  The light is roughly the same size and weighs only an ounce more.  A 300+ lumen upgrade gives his light far more versatility. 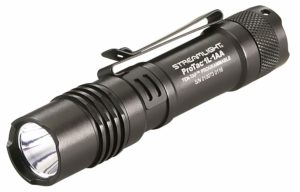 A much better light option

The Mag Carrier– First of all, I commend the carrier for packing a spare mag.  More people should do so.

The Snag-Mag carries the spare magazine in a pocket.  It shields the mag and looks like a pocket knife clip if someone doesn’t look too closely.  It isn’t a bad product.  I have some instructor friends who use them and are very happy with their choice.

I don’t carry the product because it looks too high profile for my tastes.  Even if someone doesn’t recognize the magazine, they’ll think you have a knife.  I’d prefer that the general public has no idea that I’m armed in any way.  I even keep my pocket knife clips concealed.  If the carrier hides the snag mag under a shirt or coat, I don’t have any problem with it.  I wouldn’t advise using it if the carrier has to tuck in his shirt.  Keep your armed status as secret as possible for the best opportunity to act in a crisis situation. 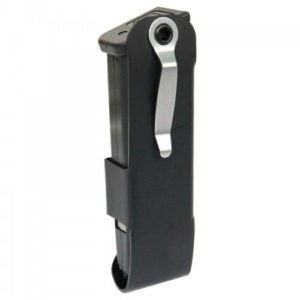