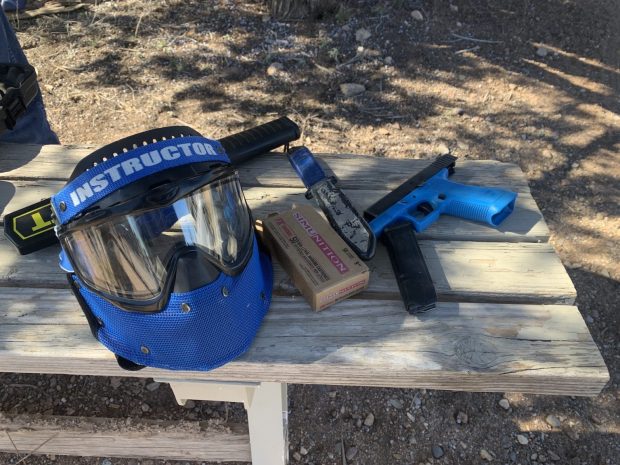 There have been a rash of police training injuries and deaths this year.  If you haven’t been keeping track of such things, here are a few recent news articles to get you up to speed.

All of these incidents could have easily been prevented.

The problem is that the very nature of police work is changing.  Those changes have led to lots of well trained officers resigning to take jobs in the private sector or retiring.  Fewer folks are applying for the vacant job openings.  Police agencies are hiring officers that would have been summarily passed over and rejected for employment even five years ago just because they need bodies on the street to answer calls.  As experienced and capable officers leave the profession, they are being replaced by untrained and poorer quality officer candidates.  The departments lose lots of “institutional memory” about best practices in training as those experienced officers and trainers leave their positions.

The manpower shortage and the effects of Covid have also reduced total training time in most departments.  There’s no time to train when all the officers are working double shifts just to cover manpower on the street.  Officers assigned as full time trainers are often being shifted to street patrol to cover shortages.  Training happens less often and is regularly hurried.  The trainers are less experienced.  Less experienced trainers, fewer experienced officers (who know what safety protocols should look like), and hurried training classes lead to tragedies like those linked above.

The only way that these incidents can be prevented is if officers learn proper safety protocols for scenario based training and refuse to participate in departmental training if those protocols are not adhered to.  That takes courage, initiative, and knowledge.  I’m not certain it’s going to happen.

The problem is best summarized by Julio Santiago:

“Leadership, like courage. isn’t found in any test and is not easily learned. It is a quality that can only be evaluated by others possessing the same quality- and that’s the crunch. There aren’t enough leaders out there. So the managers and the incompetents are choosing those most like themselves because that’s what they most easily recognize.”

There is a massive leadership crisis in our current law enforcement efforts.  Poor leaders spawn poor officers who then make poor decisions.  The cycle continues.

I might be tilting at windmills here, but I can provide some educational resources for the cops, trainers, and leaders who are smart enough to address our current problems.

We can start with having better search protocols for scenario training.  My friend Erick Gelhaus summarizes these procedures in his article TRAINING SAFELY | And NOT Hurting Our Students. 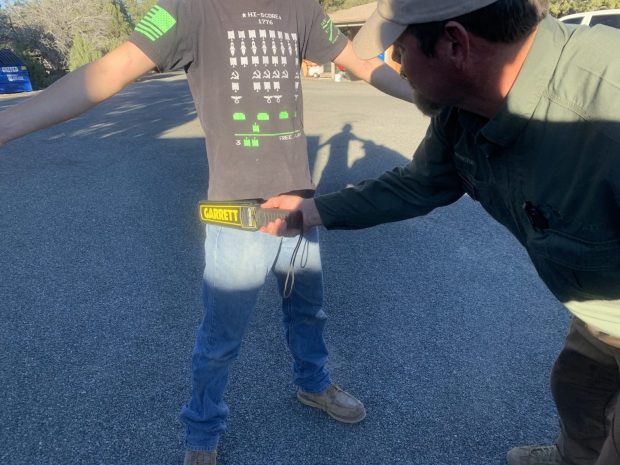 Occasionally, live weapons must be used for training.  When that happens, all students should be thoroughly searched with no live ammunition allowed in the training area.  The guns must be visually and physically “neutered” to prevent a live round from chambering in the weapon.  Read No One Should Die in Department Scenario-Based Training to see an example of this process.

The lower cost solution I use is to issue each of my students a brightly colored piece of rope.  The rope is threaded down the barrel and out the magazine well, leaving a couple inches of colored rope at each end to visibly identify “cleared” weapons at any point in the training.  I learned this practice from master instructor Ron Borsch at the SEALE regional police training academy more than 20 years ago.  This isn’t a new idea. 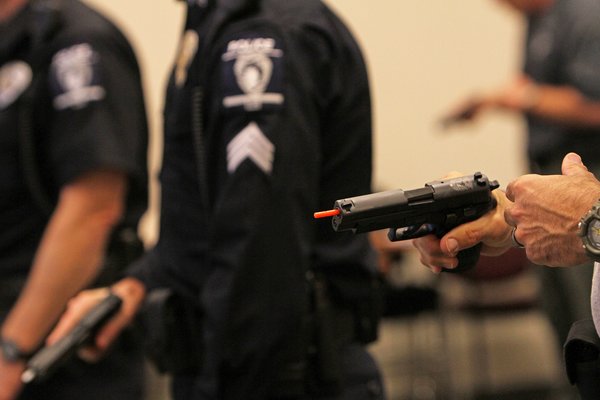 If anyone wants a deeper dive on the topic than what these two articles provide, I would suggest reading the book Training at the Speed of Life by Ken Murray.  Even better would be to take one of Ken’s classes.  I graduated from one of Ken’s scenario training classes in 2003 and have used his safety protocols ever since.  Again, this isn’t new information.

For those who can’t or won’t read Ken’s book or take his classes, at least learn his safety protocols.  After the August Washington DC police shooting, Ken posted an article with free links to all of his best practices and safety checklists for scenario training.

People won’t stop getting hurt until everyone knows proper safety protocols and refuses to participate in training classes with inadequate safety practices.

And for you folks who aren’t police officers, these same practices should be utilized by any private trainers teaching force on force scenarios at the commercial classes you attend.  Don’t financially support trainers who refuse to take your safety seriously.

And one final piece of advice…

Cops doing training regularly ask their “shooter” friends to be role players in large scale training exercises.  That is an incredibly dangerous role to play given the poor police safety track record.  I would absolutely refuse any offers to participate in any police department’s force on force training scenarios.  Your cop friends may mean well, but most don’t have adequate training to ensure that you don’t get shot.  Just say “no.”