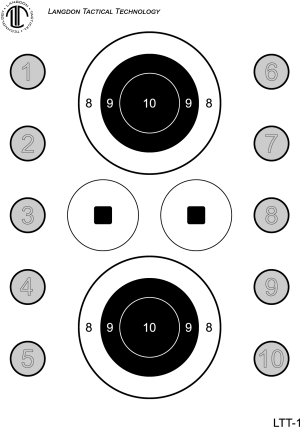 I haven’t given you any new shooting drills for awhile, so I thought I’d write up one that I shot last week.

I got the drill from Tom Givens’ most recent Rangemaster monthly news letter (opens to PDF). 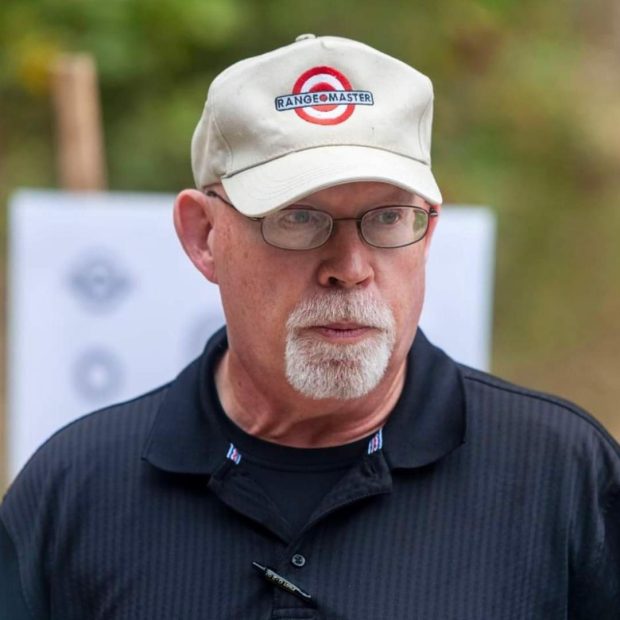 “You will need a cardboard backer or target, to which you will affix three objects: an approximately 8” diameter paper plate; a standard business card; and a 3X5 card (see photo). This drill is shot from five yards, drawing from concealment.

This drill requires a fast concealed carry presentation, and an adjustment of firing cadence to match the target size. You will have to shoot very quickly on the paper plate in order to have time to engage the smaller targets. The business card requires a bit of precision. Then, you have to speed back up on the 3X5 to make the time limit. So, this drill covers a lot of skills in just six rounds. Give it a try.”

I liked the drill idea and wanted to shoot it.  The only problem was that the indoor range where I shoot doesn’t allow shooting anything other than paper targets.  Paper plates and index cards stapled to a backer are against the rules, so I did some brain storming.

I settled on using the excellent Langdon Tactical LTT-1 target.  I use this target a lot in my training sessions.  Many of you have a stockpile of them at home.

Using this target in place of the targets Tom recommended required some adjustments to complete the drill.

A paper plate is an eight-inch circle.  The LTT-1 Target has two eight inch bullseyes, so that wouldn’t be a problem.  The issue is that there are no 3”x5” or business card boxes on the LTT-1 target.  I substituted the four inch and two inch circles on the Langdon target for the 3″x5″ box and the business card respectively.

It’s time for some math.

The eight inch circle and the paper plate were the same size.  No adjustment necessary.

Let’s average out the differences.

It was a challenging drill.  I ran it cold six times with my Glock 19 CCW gun. 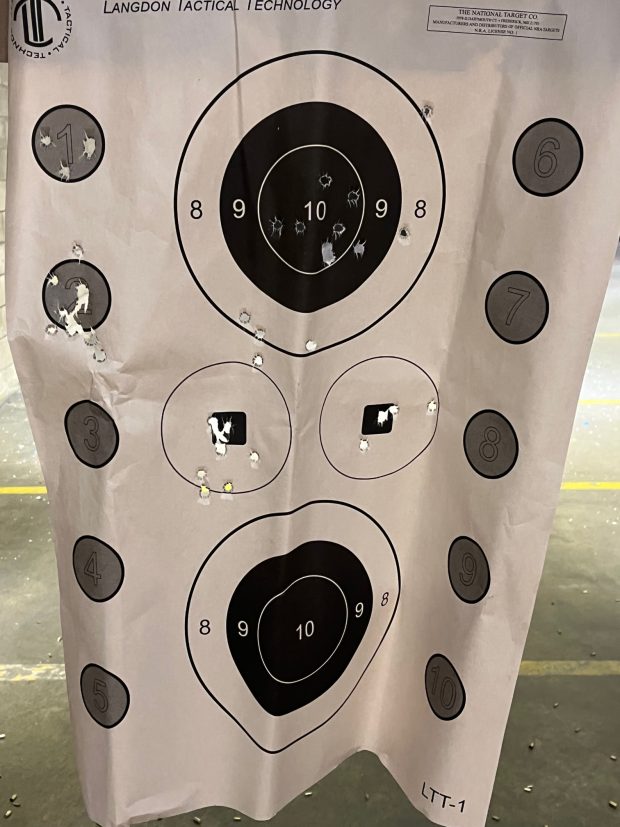 My times were (in seconds):

I finished it up with one round not using the timer and concentrating on perfect hits.

Out of six tries, I only passed Tom’s standard once.  You can see that the majority of my misses were on the two inch circles.  Those are significantly harder to hit under time pressure than a business card.

Even though I mathematically compensated for the enhanced difficulty, I don’t think it was enough.  If I had to run the drill again, I’d probably reduce the distance to 10 feet instead of the 12 foot range that I shot it.

Then just for fun, I then shot the drill using my .22 Ruger LCP pocket pistol. 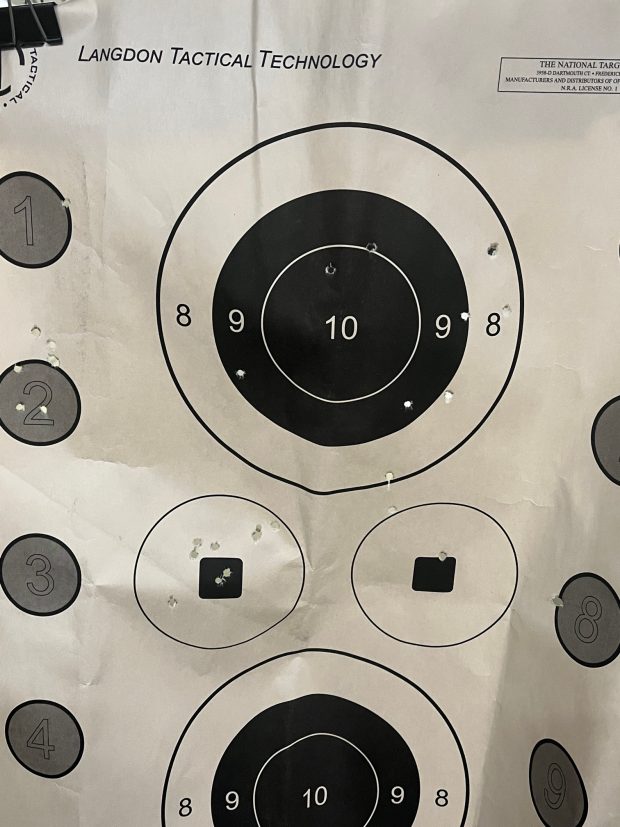 The tiny pistol’s black on black sights combined with crappy indoor range lighting and my aging eyes made these rounds a little tougher.  I found myself shooting high as I was trying to find the black front sight against the black rear sight and the black bullseye.  I’m definitely going to paint the gun’s front sight red before I ever consider carrying the weapon defensively.

My times/score with the .22 Ruger are as follows:

Again, most of my misses were on the two inch circles.  I was surprised that is didn’t perform that much more poorly with a .22 pocket pistol than I did with my full size carry pistol.  In fact, my fastest time was with the Ruger .22, not my 9mm Glock.  That gives me some things to think about.

This is a fun drill that I will most certainly shoot again.  If you have a spare LTT-1 target and a timer, give it a try.  Then sign up for Tom’s monthly newsletter to get a different shooting drill every month.  Even better, support Tom on Patreon for even more exclusive content.