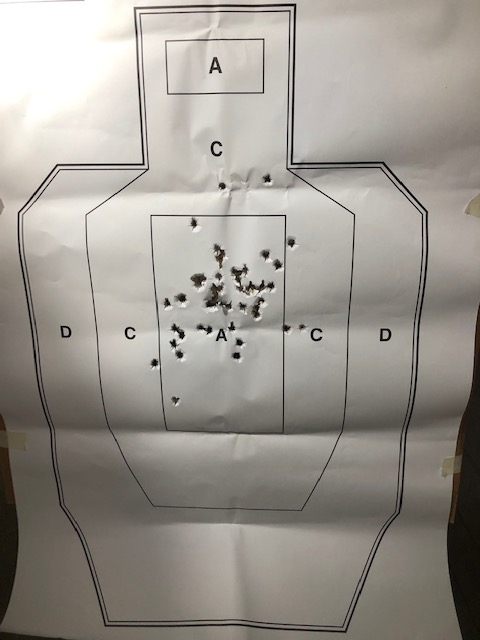 My friend Tom Givens (who has trained FBI firearms instructors) announced that the FBI  updated its qualification course yet again last month.  This is their most recent course of fire:

-25 yards Draw and fire 4 rds from Standing, drop to a Kneeling Position and fire 4 more rds from Kneeling, all in 20 seconds.

50 rounds total 100 points possible 90 or above is a pass for instructors. 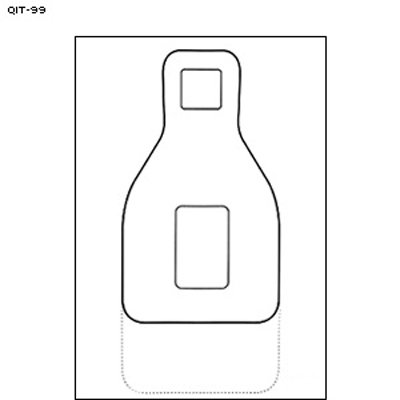 The course is shot on the FBI QIT target.  I didn’t have any of those, so I used a standard USPSA target.  The A and C zone of the USPSA target is roughly 1/2″ less in width and roughly two inches longer than the QIT.  It’s close enough for government work.  I won’t count any rounds that strike the bottom two inches of the C-zone.

I shot the drill with my police duty gun (Glock 17 9mm) first.  I made all of the time restrictions pretty easily.  The only stage where I was even close to approaching the time limit was on the very first stage with the single handed shooting and hand switching.

With the little .380, I ended up throwing three shots just outside the scoring area.  Total score 96%.  I’m OK with that performance with a little .380 that folks say I shouldn’t be able to shoot beyond 20 feet. 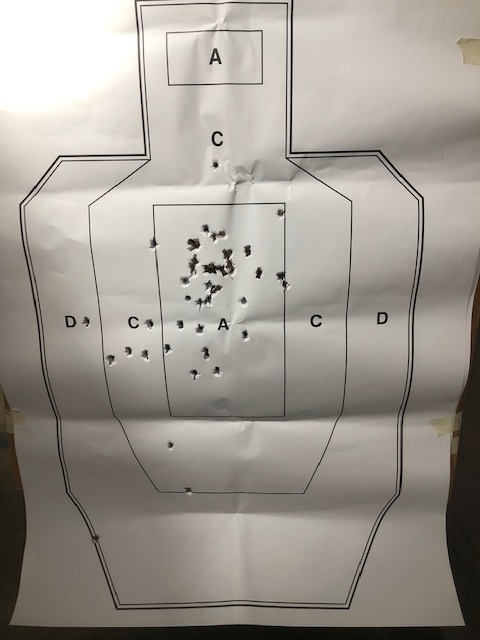 In comparison to the last FBI qual, I found this one to be a little easier, but a whole lot quicker to administer.

Why would you want to shoot the FBI qualification?

Police qualification courses serve as a fairly decent benchmark of competency for the average armed citizen.  Without extensive practice or some professional coaching, your average plinker isn’t likely to pass.

I regularly advise students to shoot their local police qualification course, have it signed and witnessed by a shooting partner (or even better a police instructor), and save the target.  It’s an idea I got from Massad Ayoob.  If you have to shoot someone in self defense and your abilities are questioned by the court, it makes a pretty powerful statement to say:

“As a responsible gun owner, I didn’t feel comfortable carrying my gun in public until my skill level was at least as good as the police officers who patrol my community.  I took several training classes and I successfully completed the state’s police pistol qualification course.  Here’s the target (or the video) to prove it.”

That might shut down any line of questioning that disparages your skill set or paints you as someone who is “reckless” or “wants to shoot someone.”

The only courses of fire that may have more perceived value to a jury are those shot by various branches of Federal law enforcement.  While some citizens in your jury pool might have some bad experiences with local cops, agencies like the FBI usually have a sterling reputation.  It couldn’t hurt to be able to pass the FBI pistol qualification standards.

It’s important to understand the role that shooting qualification courses has in your training program.  These courses are EVALUATION drills, not TRAINING drills.  The qualification is the test.  Your skill building drills are where you make improvements.  You won’t get significantly better if you just keep practicing the test.

Shoot the qual course.  Identify the stages where you performed poorly.  Construct some drills to build your skill levels in the core competencies where you are lacking.  After a few dedicated practice sessions, shoot the qualification again.  I personally wouldn’t shoot this drill more than about four times a year.