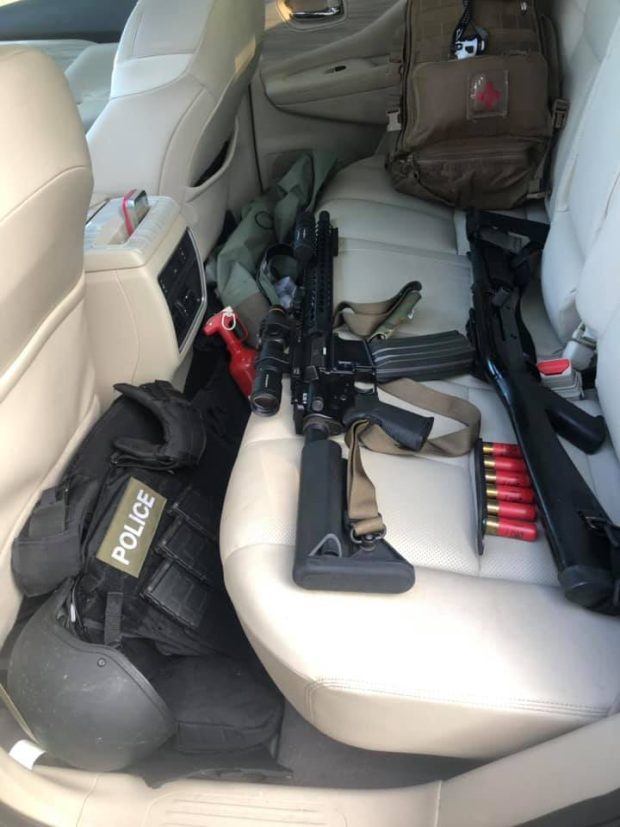 *This is a guest article about open carry of long guns during civil disturbances from my friend Steve Moses.  I think Steve shares some very valuable advice.  Check out Steve’s classes at Palisade Training Group.

I wrote a previously published article titled The Truck Gun Concept (also Known as the Good, the Bad, and the Ugly”) in which I discussed some valid reasons that concealed carriers might benefit from keeping a “truck gun” (or “trunk gun”) in their vehicles as a supplement to their concealed handgun for those situations in which a long gun could be brought into play. Something like a Remington 870 shotgun or Marlin lever-action 30-30 works quite well for concealed carriers who must travel through states where concealed carry of handguns is unlawful. Popular truck guns include the AR-15, AK-47 clones, and AR-15 pistols chambered in .223/5.56mm, .300 Blackout, and pistol calibers like the 9mm.

Keeping a truck gun inside the cabin area or the trunk exposes it to theft. A large percentage of violent crime in which firearms were used was with firearms that were stolen from vehicles. The best way to store a truck gun is most likely going to be inside a locked vault bolted to the bed of a SUV, trunk of a car, or bed of a truck that has a camper shell or tonneau cover. Before getting involved in a third-party defensive situation concealed carriers might ask themselves whether or not their intervention would actually make things better and what are the possible risks they may be assuming.

The several minutes it might take to access a truck gun in a situation where every second might count means that if rapid action was needed by the concealed carrier in order to defend him or herself or others, immediately defaulting to the concealed handgun might be the better choice. There is always going to be a chance that a concealed carrier with good intentions is mistakenly engaged by responding law enforcement or another concealed carrier. Of course, the same may be true if a concealed carrier uses a handgun instead of a long gun, but the chances that it might incur because of the long gun are likely to increase because of its association with active shooters.

At the time that I wrote The Truck Gun Concept (also Known as the Good, the Bad, and the Ugly”) the thought that protesters and counter-protesters might bring long guns to mass protests had never occurred to me. When I saw pictures and videos of both protesters and counter-protesters (some of which who identified themselves as “guards”) milling about during multiple urban protests my first thought was “this is probably not going to go well.” Since that time, the lives of six individuals and their families have changed forever, and the one thing in common in each incident was the presence of a long gun. 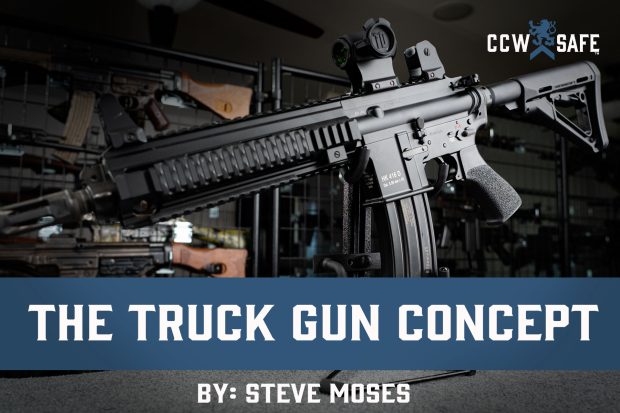 Do I have an issue with ownership of a long gun such as a rifle or shotgun? Absolutely not. I wrote a book in 2000 that is long since out of print titled Shotgun and Carbine Speedshooting, I teach classes on the use of the defensive shotgun and carbine, and I own multiple shotguns and carbines. I could go on and on about the positives of long guns, but it goes without saying that neither can be covertly carried.

I understand that overt carry of a long gun has its place for persons who must protect their home, property, or place of business, but in both instances I am not proactively moving around and interacting with other persons. Readers are encouraged to familiarize themselves with the shooting in which Garrett Foster brought his rifle to the Austin, Texas protests and was shot to death by a motorist in a stopped car that he approached, and the shooting in which Kyle Rittenhouse brought a rifle to the Kenosha, Wisconsin protest and shot three protesters while being pursued in four separate incidents. We do know two important things both events had in common. Foster and Rittenhouse voluntarily went to a protest knowing that that violence was possible with a conspicuously visible long gun on their person.

I believe that concealed carriers should be armed at every lawful or possible opportunity outside the confines of a home with locked doors. Concealed carry means that the presence of the handgun is not known to the persons around him or her. This falls within the theme of being the “Gray Man,” who is someone that does not attract attention from others because of the way they look or carry themselves. I would never willingly get anywhere close to what appears to be a group of persons possibly engaging in a protest, whether peaceful in appearance or not. If anything, I would create as much distance as needed in order to end up in a safer location. If that is not possible, my plan would be to not draw attention to myself, and if unable to leave to do nothing whatsoever that might catch the eye of persons willing to confront and possibly assault a perfect stranger.

I have control over my appearance, my emotions, and my decisions. A long gun in my hands may understandably go a long ways towards undermining my desire to remain unnoticed. The shootings in which Kyle Rittenhouse were involved proved that merely holding an AR-15 rifle does not deter other persons from attacking. Two of the protesters that attacked him were completely unarmed, and a third was armed with a skateboard.

Concealed carriers have an opportunity to learn by the mistakes of others. Bringing a long gun to a protest is a bold move. There is an old saying among pilots that goes something like this: “There are bold pilots and there are old pilots, but there are no bold, old pilots.” I think the same holds true for concealed carriers.

There were certainly times in my police career when I carried “truck guns.” Those guns now stay in my safe at home-Greg