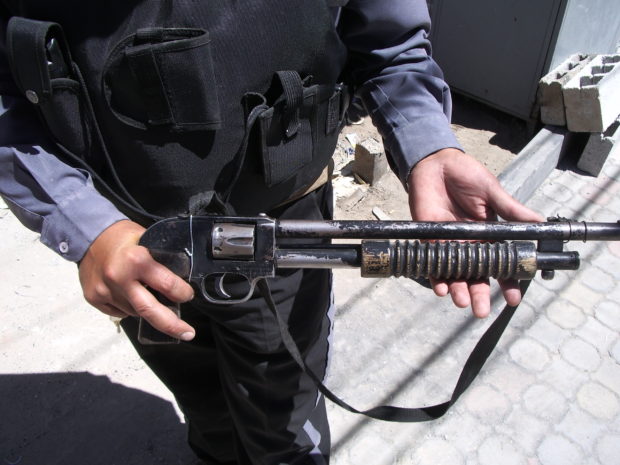 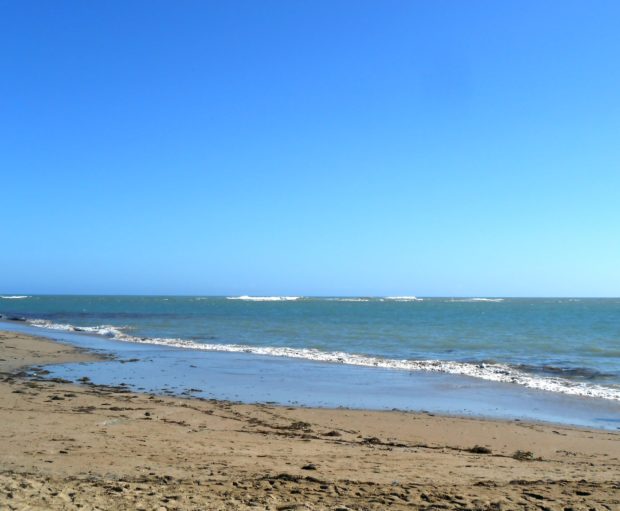 I regularly take  short trip to visit friends in the Dominican Republic.  My most recent trip prompted some friends to ask me how I planned on protecting myself in a third world country where it is illegal for me to carry a firearm.  I’ve spent an average of at least six weeks a year for the last 15 years traveling outside of the country.  My usual vacation spots are the kinds of places that most experts will advise you to stay away from.  Despite that fact, I’ve managed to survive pretty successfully without a gun, spending a grand total of more than an entire year traveling through nearly 60 foreign countries.

If you think that you absolutely need a gun to survive, you are seriously misguided and are missing out on some awesome life experiences by limiting yourself to only those places that allow your concealed pistol.  Here’s the crux of what I have learned in my travels: If you don’t act like an asshole, people generally won’t try to kill you.

I’ve traveled through some of the most dangerous countries on the planet without a gun.  I try to make friends with the locals.  I don’t act like the “Ugly American.”  I don’t pick fights.  I try to smile a lot.  I don’t display indicators of my wealth or throw large sums of money around.  I buy my local friends a round of beer on occasion.  I learn some of the local language.   That’s it.  That’s my grand self defense strategy.  It’s kept me quite safe throughout the last  two decades of my life.  If you are honest with yourself, doing these same things and not acting like an asshole will keep you pretty safe here at home as well.

With all this said, it doesn’t mean that I don’t prepare for violence before I travel to other countries. Before traveling to any foreign countries, I research crime trends and common scams in the areas where I’ll be visiting. I pack and carry both less lethal and lethal weapons (other than firearms) and will be writing about those options next week.

One additional preparation I make is that I prepare to use any “battlefield pickup” weapons I may be able to acquire overseas in an emergency. I look at the weapons that local cops/soldiers/security guards carry and make sure I can use them proficiently. The chance of me needing some local cop’s gun is extremely low, but so is being caught in a hurricane or trapped in a volcanic eruption. I’ve experienced both of those events while traveling and want to be prepared on weapons side of things as well.

Before I got sick with Covid,  I most recently traveled to the Dominican Republic, I’ll give you my pre-trip range training practice session details as an example of what I do for most of the countries I visit. In the Dominican, you generally see a lot of .38 revolvers. You also see pistol gripped pump shotguns (usually Winchesters).   In a crisis, if I had to arm myself, I would either offer to buy one of those guns for an exorbitant sum of money or I’d choke out an unsuspecting security guard (sorry dude) and “acquire” his weapon.  I need to make sure I am very proficient with both weapon types.

Would you know how to use this gun (seen being carried by an Ecuadorian security guard) in an emergency?

I broke my Winchester pump out of the gun safe and did a little dry firing. The big difference between the Winchester and other brands of shotgun is the location of the safety. I spent a few minutes dryfiring and working the safety until I was completely comfortable with it.

I also took a 4″ Model 10 .38 revolver out of my safe and took it to the range. Because the security guards who carry these revolvers rarely carry spare ammunition (and the ammunition they do carry is 158 grain lead roundnose), I knew I had to focus on extreme accuracy and making fast head shots. One round of round nose .38 to the chest isn’t a likely stopper and I wouldn’t have extra bullets to spare, so I planned on using more head shots than I normally would. The combination of faster stops and less ammunition used is exactly the solution I needed. Reloads weren’t likely to be possible, let alone a realistic option, so I didn’t waste any time working on them.

Since accuracy is paramount, I started out with a modified version of the Humbler drill shot at 50 feet to ensure I had good trigger control with the revolver.  After shooting the Humbler, I put a full sized silhouette target up at 20 feet.  I ran two cylinders of ammunition through the revolver on each stage.  I shot each stage from the ready position because I was unlikely to be using a holster for a gun I had to steal from an unsuspecting security guard.

– Two to the body and one to the head

– One to the body and one to the head

– Single head shots as fast as I could make my hits

With a little over 100 rounds fired, I felt pretty good about my abilities to use a .38 revolver if necessary.

You will find different weapons carried in different countries.  In Latin America and the Caribbean, the .38 revolver/ pistol grip pump shotgun combo is exceedingly popular.  Those are two guns you should definitely understand how to work.  In all my other travels in third world countries, I see the following other guns most commonly carried on a regular basis by the local cops/soldiers/security guards:

To be a well rounded and prepared traveler, you should understand basic operating functions of all of those weapons.  They are the ones you will most likely see.  If you have time, use Google Images and search “xxxx country police weapons.” Look at the guns you see the cops carrying and make sure you are at least proficient on those weapon systems.

Fortunately for me, the only danger I faced in the Dominican Republic was sun burn and alcohol poisoning.  But it was nice knowing I could take care of myself should the need have arisen.

Check in tomorrow for my article on the weapons I carry when I travel in foreign countries.