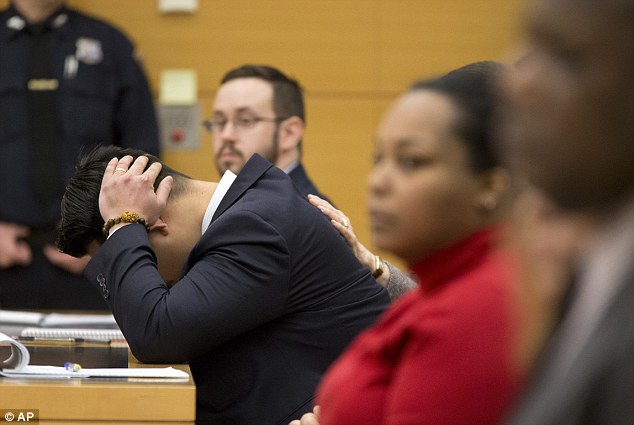 Read this article.  An NYPD officer just got convicted of both manslaughter and official misconduct after an accidental shooting that occurred on his SECOND DAY of patrol.

For all my cop friends and those who want to be cops. Study this case.

I don’t know ANY academies ANYWHERE in the country that turn out competent gunfighters upon graduation. I was the best shooter in my academy class, but looking back, I didn’t know SHIT about shooting when I graduated the police academy. I took the initiative to seek out quality professional firearms training on my own time and my own dime. Most cops will never do that. Consequently, most cops NEVER become truly competent shooters. Those who do, learn the skills on their own DESPITE their police training, not BECAUSE of it. Police firearms training is universally abysmal (with a few very small exceptions).

It doesn’t surprise me that this cop screwed up and shot someone. It actually surprises me that it doesn’t happen more often. The problem we are seeing now is that society is far less tolerant of such “accidents” and is willing to hold officers accountable for their actions.  Where previously, police departments would pay big money to settle a civil suit and the officer would not be criminally charged, now we are seeing a change.  Courts are holding officers criminally responsible for their actions (as they should).

So all of us cops are put in a trick bag. We are held to a professional standard, but our agencies will not provide the training necessary to live up to that standard. This won’t end well for anyone, especially the officer on the street just trying to do a good job.

There are three choices that you have:

1) Ignore the problem. Bury your heads in the sand and hope such a tragedy doesn’t happen to you.

2) Demand quality training (which will never happen) and leave the profession when you don’t get it.

3) Seek out competent instructors on your own time and learn the skills you need to adequately function with a gun in your hand.

Most officers will choose option number one.  More and more of those will end up in jail or fired if they depend on the “training” their agencies provide.

The smart officers will choose option number two and leave the profession.  The deck is stacked against them and they realize it.  If they have other options, they will exercise them.  That leaves the dumb officers and the ones without other job prospects to protect us all from the criminals.  Society loses.

A few officers will choose option three, become competent with their firearms and not have any problems.  But this choice takes time, effort, and money.  It will be a very small number of officers who will pursue it.

My advice for the police officers reading this?  Get out of the profession if you have a chance.  This job is becoming exponentially more difficult and will continue to do so in the future.

If you do choose to continue on as a cop, you MUST choose option three.  You don’t recognize it, but your agency does not have your best interests in mind.  The training they provide will not keep you out of jail.  You have to seek out training on your own or there’s a chance that you will end up in handcuffs like this NYPD officer.

If any of you non-cops are still reading, what do you think cases like this portend for the armed citizen?  You don’t get a pass.  If courts are willing to convict on duty police officers for accidental shootings, what do you think they’ll do to a person with a CCW permit?  Yes, expect more prosecutions if you screw up.

Look at it this way.  Police firearms training is certainly inadequate, but it is generally TEN TIMES longer than the average CCW class.  Most police academies dedicate somewhere between 60 and 80 hours to firearms training.  If cops with 80+ hours of training are screwing up, why do you think you will be fine with your four to eight hour CCW class?

You need more training too.  Seek it out.  I don’t want to see any of my readers behind bars.