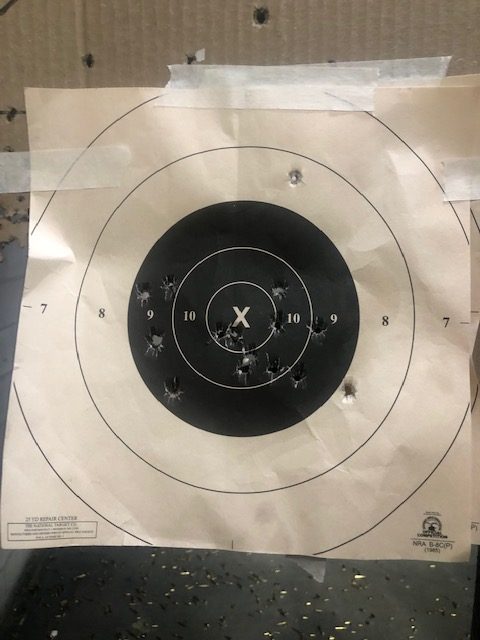 Jared Reston is a sheriff’s deputy and firearms trainer from Florida.  I’ve never personally trained with him or his crew, but they have a very good reputation in the training community.  Reston himself is famous for winning a remarkable gunfight where the criminal shot him seven times.  Read a short summary of Reston’s gunfight at Shots Fired: Jacksonville, Florida 01/26/2008.

While reading my RSS feed a few weeks ago, I came across the following article that describes the Reston Group’s pistol shooting standards.  Check out the article before continuing.

I read about that drill at the perfect time.  As a retired guy, I spent most of the winter living in Brazil, Mexico, and the Dominican Republic.  Those destinations are all amazing, but living there had a drawback.  I couldn’t shoot.  I couldn’t even dryfire.  It was illegal for me to take a gun or something like a SIRT pistol into the countries where I stayed.  My shooting skills diminished without regular practice.

With the weather getting better, I’ve started an extremely busy training schedule.  I had to be at the top of my game in order to teach.  Time to get to work.  The Reston Group standards would let me know how badly my skills had degraded.  When I shot the drill last week, I had only fired live rounds in one practice session during the 2021 calendar year.  I usually shoot about 200 rounds a week.  How badly did my skills degrade after firing only 115 rounds in four months?  Honestly, not as badly as I expected.

Stage 4- 7 yards- fire one round, reload, fire one round.  No overall time limit.  Split time between shots before and after the reload should be less than 2.5 seconds.

I shot the drill twice cold.  I had not fired a single round in more than two months before making my attempt.  My first try was ugly at the 25 yard range.  I technically disqualified on the first 25 yard stage by putting four rounds into the target’s seven ring.  I continued on anyway.  I clearly needed the practice 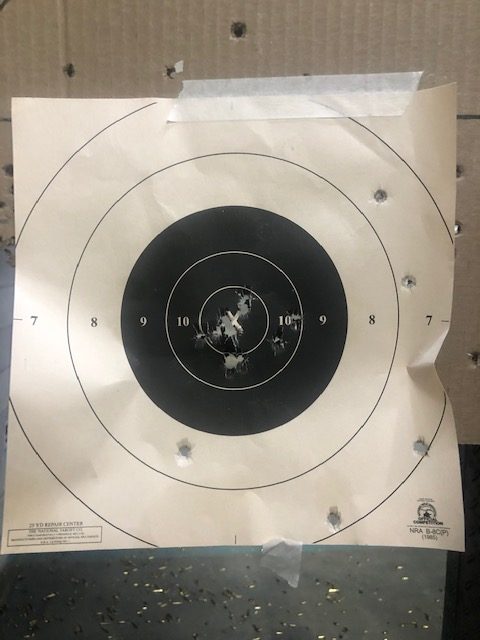 I tried again.  Much better.  Things are starting to come back for me.  All of my rounds inside the eight ring.  I made all the times easily, except for the drill with the reload.  It seems that my reloading skills dropped far more quickly than my shooting skills did.  The reload splits on both attempts were slightly over three seconds.  That makes my second attempt a fail as well.

A better run the second time around

Despite not passing the standards, I actually felt pretty decent about my performance without my normal practice to maintain my skill levels.  I’ll give it a try again after about a month of twice weekly practice.  I’m certain I’ll meet the standards then.

This is a good drill.  Between Covid-19 and the massive ammo shortage, many of you haven’t been shooting as much as you should.  Give this drill a try and see where you need to make improvements as ranges open and ammunition becomes cheaper.