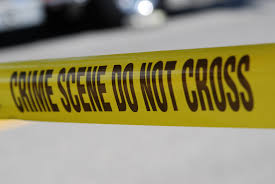 Last week, I received the following question from one of my readers:

“I have discussed ‘what to do’ after a successful ‘stop the threat’ shoot. Some have said that they would leave the scene rather than be subjected to the legal hassle, or additional danger, (depending on the circumstances).
Please give me your advice on their reasoning.”

I was honestly quite shocked at this one.  Are there really people out there advocating leaving the scene of a defensive shooting to “avoid a legal hassle?”  As unbelievable as it may seem, there obviously are such people.  Let’s set the record straight…

To start with, it is a categorically bad idea to leave the scene of a shooting to avoid legal repercussions.  Lawyers have a saying: “Flight equals guilt.”  It’s true.  Who flees a shooting scene?  The criminals do.  When you flee, you will automatically be considered a criminal, even if your shooting was completely justified.  If you did the right thing, why would you have to flee?

The entire purpose of fleeing the scene of a shooting is to avoid any type of legal entanglement.  Even if you shoot a criminal in a deserted location, there’s a good chance someone witnessed the shooting.  Cops solve gang shootings every day, even when the shooter flees.  Someone probably saw you, or even worse, videotaped you, as you fired the shots.  When the cops start poking around and asking questions, the witnesses often give us excellent descriptions of shooters.  There’s a good chance your identity won’t be hidden for long.

Cops will check traffic cameras, business surveillance cameras, and residential theft protection camera footage from the area of the shooting.  Are you certain you avoided all those cameras?  If not, your photo will be circulating on the evening TV news before long.

Besides the witnesses, you also have to deal with the challenges of defeating the forensic investigation.  Did you pick up all your shell casings?  If not, we’ll get fingerprints.  Did you leave a cigarette butt at the scene?  The cops will gather it and submit it for a DNA test.  Did you leave your own DNA on your attacker’s clothing or under his fingernails?  Forensic science is getting extremely advanced.  You may flee, but there is a better than average chance (depending on the police department investigating and the circumstances of the shooting) that the cops will get some evidence that can track you down.

Your chances of avoiding a legal hassle by fleeing are very small.  In fact, fleeing will likely only create a bigger hassle for you in the future.  Stay on the scene if you shoot someone in self defense.  Call the police.  Victims who are attacked call the police for help.  Criminals who illegally shoot someone flee.  Even if that isn’t 100% true, that’s how the jurors who will be trying the case will judge your actions.

There are only two situations where I would not stay at the scene after a defensive shooting….

The first is if staying until the police arrived would create a situation that is hazardous to me.  If I shoot a guy and his five buddies are still on the scene (and now even more irate since I shot their friend), I probably wouldn’t stick around.  I would get myself to a safe place and call the police from there.  The cops/jury will understand your flight in that instance as long as you call them as soon as it is feasible for you to do so.

The second situation is if I had to shoot someone in a third world country where I don’t think that I would be given a fair trial (or maybe even any kind of trial at all).  If I’m facing a lynch mob for shooting a local, I won’t be sticking around.  When I think of it, situation two is really pretty similar to situation one.  If it isn’t safe to stay on the scene, don’t stay on the scene.  But if you are in the USA or some other developed country where the police actually investigate crimes, you had better call the cops as soon as you get to safety.

I should give you one other piece of advice.  Call your attorney as soon as possible.  Don’t answer any detailed police questions about the event until you’ve spoken to your legal representative.

I highly recommend two books for further explanation of this issue and all of the other issues that are involved in a defensive shooting.  First, pick up Mas Ayoob’s Deadly Force: Understanding Your Right to Self Defense.  Once you understand the concepts it contains, move on to Andrew Branca’s The Law of Self Defense.  Both books should be considered required reading for anyone who carries a gun for self protection. 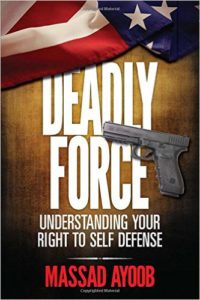