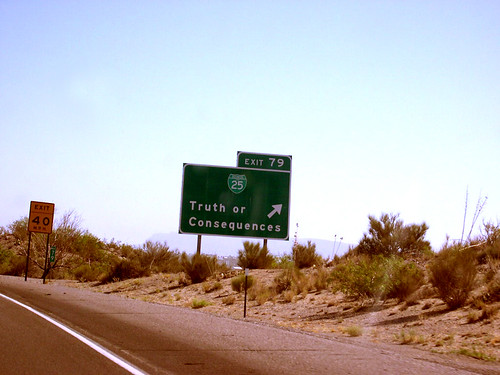 This is a guest article written by a friend who has more than 25 years experience as a Federal law enforcement officer, supervisor, and firearms instructor.  He would like to remain anonymous.

A common discussion when cops talk is how it seems that those at the higher levels of the organization are divorced from the realities faced by field personnel.  It is frequently observed that those in charge were promoted quickly, spent little time on patrol, and tried to get away from the streets as quickly as possible.  While there are some in the higher ranks who had the reputation of the being a strong working cop, these folks are the exceptions rather than the rule.

This situation only seems to have become worse since the events of Ferguson, Missouri and again with the in-custody death of George Floyd.  Many have commented that those trusted with making high level decisions now seem completely divorced from reality as they look to organizations such as the Police Executive Research Forum (PERF) and seem impervious to input from the field.  Many agencies are filled with stories of careers ruined by telling those in charge truths they did not want to hear while at the same time claiming to seek that very feedback.

For years, I worked in relative isolation, away from those trusted to make serious decisions for my agency.  This recently changed and I thought it appropriate to share my experiences with trying to offer input to high level managers. While I had heard stories of recalcitrant managers, it was not until I personally experienced it that I realized how true the whispered stories are.

What did I try to relate to the higher ups that met with resistance?  First was that due to current events, police officers have lost a huge amount of public trust and their word is no longer accepted as more credible than a defendant or someone filing a complaint.  This took place in the context of body worn cameras and specifically about the appropriate retention periods for those recordings.  I mentioned that due to this decreased trust, we as an agency should err on the side of retaining records and be careful about what is considered exculpatory and inculpatory evidence.

Essentially, that if there was any doubt about whether a recording should be kept longer, we should err on the side of having the recording on hand as we essentially have an affirmative obligation to show our officers acted correctly.  I was told by one of my agency’s leaders that he did not agree with my assessment.  He believed that an officer’s word still carried significant weight and if it came down to a “he said/she said” sort of situation, the public would take the word of the officer and recordings were just a bonus.

The next incident involved the issue of police recruitment.  While discussing staffing concerns, I mentioned that we were struggling to fill positions that previously had waiting lists of people wishing to transfer into them, let alone fill with green recruits.  I mentioned that the events of Ferguson and Minneapolis had negatively affected police recruiting nationwide and that what we were experiencing was reflective of these larger national trends.  I was told that I was factually incorrect about police recruitment struggling and that by sharing my incorrect personal opinions, I had damaged our arguments in a meeting with high level managers.

What do these two incidents share?  They are both factually and objectively incorrect.  If one does an internet search for “police trust polls” or “police recruit shortage” you will find story after story from credible news sources.  In terms of trust, there are Gallup polls which show trust in law enforcement at all time lows.  Regarding recruiting and hiring, you will find almost every agency offering hard numbers on how large their recruit pool used to be versus what they are now.  While we may be able to argue about the causes of these phenomena, I do not see how one can argue they are not occurring and are the “ground truth” we are facing today.

So why am I writing this, other than to share my frustrations?  I would offer several takeaways.  First, for those who have not experienced these situations but heard about them – I can offer you assurance that the reports are not exaggerated.  Second, if you are interested in why policing is failing, I would offer that these examples are a prime explanation.  The disconnect between those in charge at high levels and those actually doing the work on a daily basis is huge and appears to be getting worse.  Until decisions are based on reality and not wishes and optimism, the situation will not improve.

Finally, if, by some fluke, you read this and have responsibility for decisions in a law enforcement agency, you must make sure you are getting honest feedback from the guys on the ground.  This is difficult to do but being open to input is the first step.  As part of this openness, you must solicit the feedback, listen respectfully, and not “blacklist” those who offer it.  The further you are from the streets in rank and the longer you have been away from them, the more you need to hear what your guys are saying.