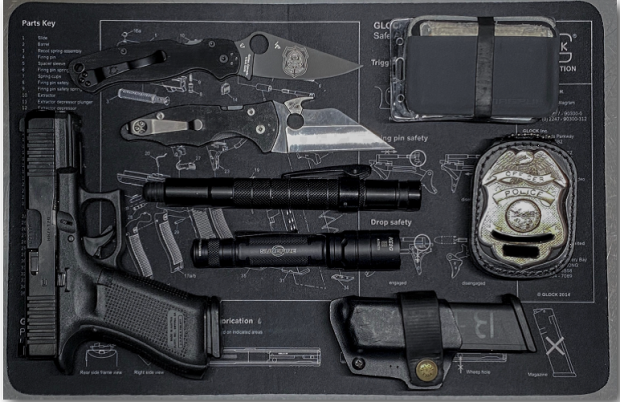 *This is a guest post from my friend Bryan McKean.  Bryan is the training officer for the police department where I work and has significant combatives and firearms training experience.

In this piece, Bryan writes about how switching to carrying just one type of gun led to a performance increase.

Personally, while I can see the advantages of doing so, I still prefer to carry different guns for different missions.  I don’t shoot as well with my .22 snub as I do my Glock 17 duty weapon.  But that’s OK.  I train so that I am “good enough” with any gun I regularly carry.  There is a lot of room for dissenting opinions in the firearms training world.  Just because I don’t embrace Bryan’s solution, doesn’t mean that it isn’t a valuable option for some folks.

About three years ago, I took a class at the Ohio Tactical Officers Association (OTOA) conference with Matt Jacques on fighting from concealment for law enforcement. This class was set up to teach plain clothes officers and off-duty officers how to conceal firearms. Having carried a pistol concealed for about 15 years, I was pretty confident that what I was doing was pretty good but  I was hopeful Matt could expand my knowledge on the subject.

At the conclusion of the class, which was very good, there were a couple of key pieces of information that I did not “buy into”. Once such piece of advice was the idea of carrying a full size gun all the time. At the time, I was carrying a G19 off duty and a G17 on duty. According to Mr. Jacques, anything less than a full size gun is a compromise. What? I thought that was nonsense. A G19 is so similar to a G17, there is no compromise; however, after looking at his resume, I decided that he might know more a little more than me and decided to give it a try.

Not only was he 100% right, but the benefits were beyond what he had outlined in class.

Carrying a full-size gun all day, everyday is not for the faint of heart. It required me to make a few adjustments with my belt and my holster based on Mr. Jacques’ suggestions. But after purchasing some new gear, I was off on my grand experiment.

What happened next blew my mind. First and foremost, getting used to carrying a full size gun was easy, really really easy. Selecting a belt and holster with the supplied criteria solved the issues of weight and printing of the gun. Second, I noticed that because the new setup was so comfortable, I carried 100% of the time, up from about 80%. Lastly and most astonishing was the improvement in my shooting.

When you carry one gun all the time, there is no need to split practice between your carry gun and your duty gun, so at each range session I was using and practicing with the exact same gun. Same trigger, same grip, same holster, same holster position, same sights, same garment to clear.

Literally everything was the same for every presentation and every shot. This consistency “ONE GUN ” improved my overall accuracy and speed. I noticed about a 20% decrease in my times on shooting drills and because my grip was consistent, my accuracy also improved by a similar percentage.

I train combatives on a regular basis and I have training versions of everything that I carry (knives, ASP, etc).   When I trained I always  removed my “live” weapons but only replaced with training weapons the ones I planned on training that day. Which meant, I was taking my holster
off unless I was specifically practicing gun techniques. However, with my new setup removing the holster was a pain.

I am lazy, so rather than removing it, I left it on, simply replacing my G17 with a training G17. This had a profound effect. While practicing combatives, if I was in a training situation that warranted deadly force, I found myself performing a draw to solve the problem, where appropriate.

This gave me several more repetitions at drawing per week, these extra repetitions outside of “gun” practice helped smooth out and refine my drawstroke. It also allowed me exponentially more practice at combative problem solving. There are times when the situation does not call for lethal force and having a safe complement of training tools allowed me to train branching and tool selection every time, not just during specific scenarios. This made the process of picking the right tool for the job much easier and reflexive.

All of these gains were not without a cost. The cost of the new holster and belt was around $150. The belt is made by Ares Gear. There might be others that perform as well, but for me this is the one that meets the requirements outlined by Jacques. First, the belt needs to hold its structure, if you can’t hold your belt at arms length without it sagging, you need a new belt. 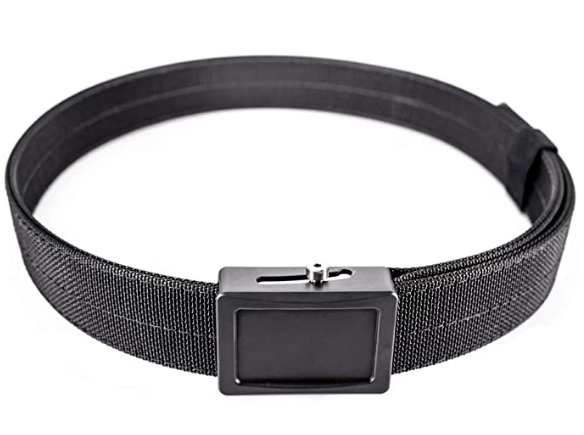 Second, is the holster. Now, appendix is the fastest and easiest way to conceal a firearm, but being a police officer, I did not want to change from strong side carry because in uniform, appendix isn’t an option. Therefore, the holster I picked is a kydex “pancake” style. What makes it so useful and comfortable is that the belt attachments are as far apart as they can be. This distributes the weight more evenly and really takes away all of discomfort of carrying a gun.

Holster choices for appendix carry have other criteria. Final cost comes in clothing choice. If you are serious about carrying a gun, you need to pick your clothes around the gun not the other way around.

With everything, there is compromise. For me, I compromise my clothing choices versus compromising the gun.

If you are moving from a G43, to a G19, to a G17 depending on what you are wearing, your compromise is the gun and there is a cost. By not carrying the same gun, in the same position, you are adding a decision point and an inconsistency that will degrade your “ONE GUN ” performance.

Also, during those days where you carry a smaller gun, you are compromising accuracy, capacity, and controllability. These may or may not be compromises that you are willing to make. If you are in the business of carrying a gun for work or you carry a gun to protect those you love, I would challenge you to take a hard look at where you choose to make the compromise. Know and understand the limitations of your choices and choose wisely. 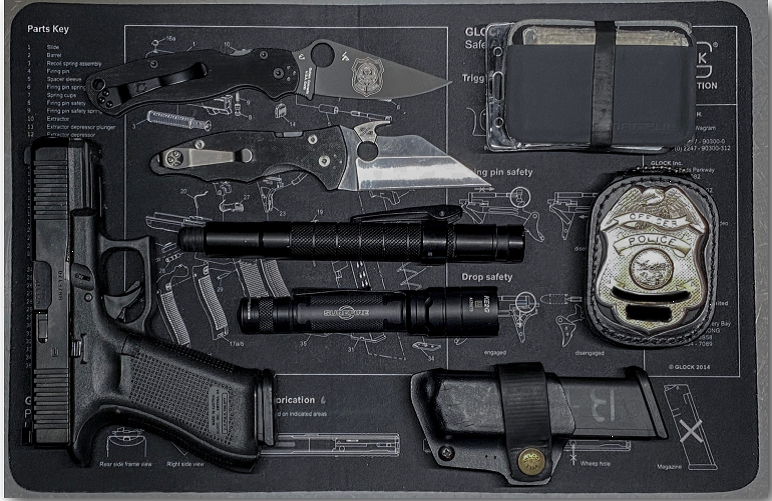