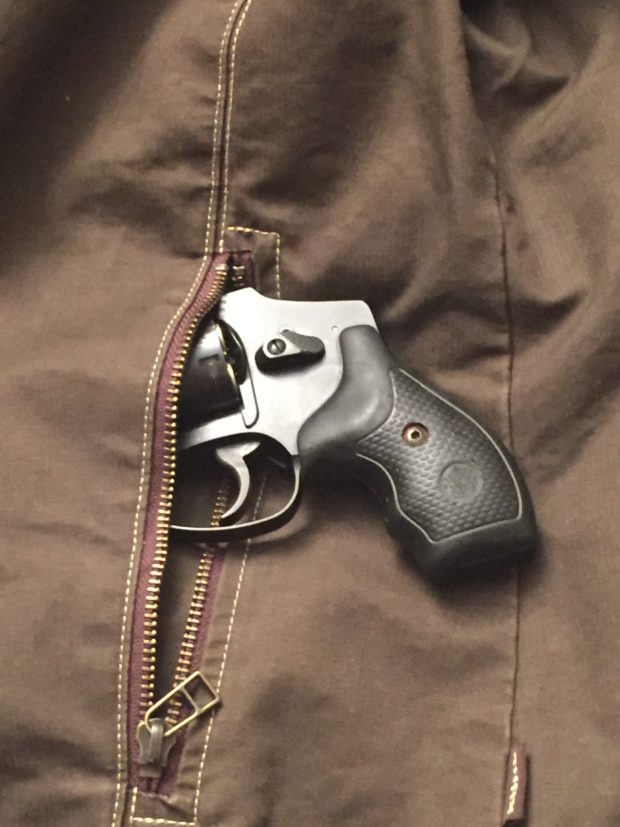 This is a guest post from my friend Darryl Bolke.  Darryl is the co-owner of Hardwired Tactical and a very well established firearms instructor.  I saw this posting on Darryl’s Facebook page DB’s Shooting Adventures.  In the piece, Darryl discusses his view of revolvers as defensive sidearms.  All of you revolver shooters and instructors should read this article and pay attention to what Darryl has to say.

The article is reproduced here with Darryl’s permission. 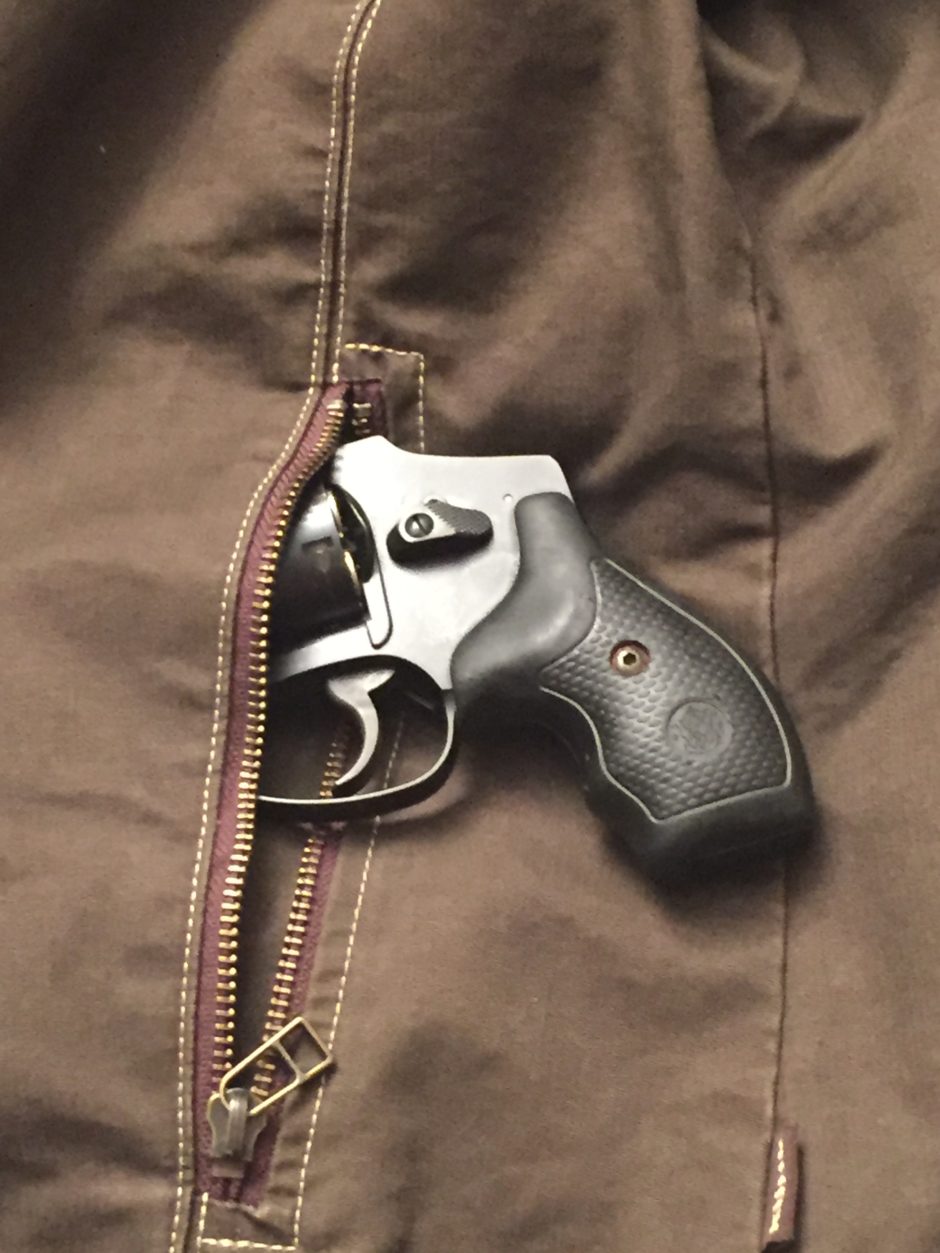 Recently a firearms industry YouTube celebrity came to the conclusion that revolver reliability is a myth. I find it humorous that many just getting into looking at revolvers lack any practical experience outside of their own observations of basically themselves. Normally, I am to the point of rather than address this stuff I have adopted a bit of a “figure it out yourself” mentality, because that was the price many of us who have been training for decades have had to do ourselves. In the case of some of the revolver stuff, I am going to make a little bit of an exception because it is hard to actually garner any sort of experience on a large scale these days.

Before I start to make some observations about what “reliability” is with revolvers, I want to at least give some background to where I formulated my observations. I came into Law Enforcement at the end of the revolver era and have noted many interesting things watching the transition first hand from revolvers to service pistols. I began shooting in competitive police matches as a college student in 1986. Roy Huntington took me to my first match where I shot a MagnaPort full house custom 4” Model 57 S&W.

Since then I have been through a full time, real, full stress police academy with a revolver. I’ve been a real policeman as a full time paid profession where I used a revolver as my primary service weapon, back up, and off duty gun for my first several years and still carry a small revolver daily as a back up gun three decades later. I competed heavily using a revolver, including running a red dot sighted revolver in an unlimited speed steel class starting in 1990.

I went to my first California POST certified state required firearms instructor class with a revolver as my primary gun. I trained and qualified police officers at a department of over 200 officers carrying revolvers that qualified monthly. I have trained extensively with firearms instructors from an agency where 10,000 officers required qualification and training on revolvers. I spent the last six months of Pat Rogers life having in depth discussions specifically on use of revolvers for law enforcement and gunfighting with them. I also co-host a very popular Revolver Specific class every year for the last five years that features guest instructors who are revolver experts along with my partner Wayne Dobbs.

I also have a impressive collection of significant law enforcement and other fighting revolvers that covers over 100 years of historical guns along with the accessories used with them. I have also not only studied gunfighting with these guns historically, but I have conducted numerous first hand shooting investigations with revolvers and personally witnessed multiple gunfights with revolvers being used. This experience is broad and far from anecdotal.

So, with that background let me toss out some thoughts on revolvers and their legendary reliability. Here is a basic fact that I challenge anyone to argue. With a clean, properly functioning revolver with quality ammunition, they are incredibly reliable in actual street shootings through the initial load and likely the reloads typically carried. That means it will likely fire it’s first rounds under typical use while engaged with a criminal, and should have no issues with another pair of reloads if they are even possible. It does not matter if the gun has been sitting in a drawer for ten years or carried a lot.

A proven quality service level revolver that is clean, lubricated and loaded with quality ammunition is in my experience far less likely to malfunction than a semi-automatic pistol in the conditions we find in street shootings. That means, non-locked wrists, poor grip, asymmetric firing positions, interference from clothing or barriers, body contact, disturbance to the gun during firing, impacts, improper administrative handling, etc. They are consistent in their performance in those conditions, which is what reliable is.

The problem I see today is a lack of understanding by people new to revolvers. The same stupid and unfounded assertions made about revolvers today were the same ones made about semi-automatic pistols made in the era’s when revolvers were king and service semi-automatics were the new thing. 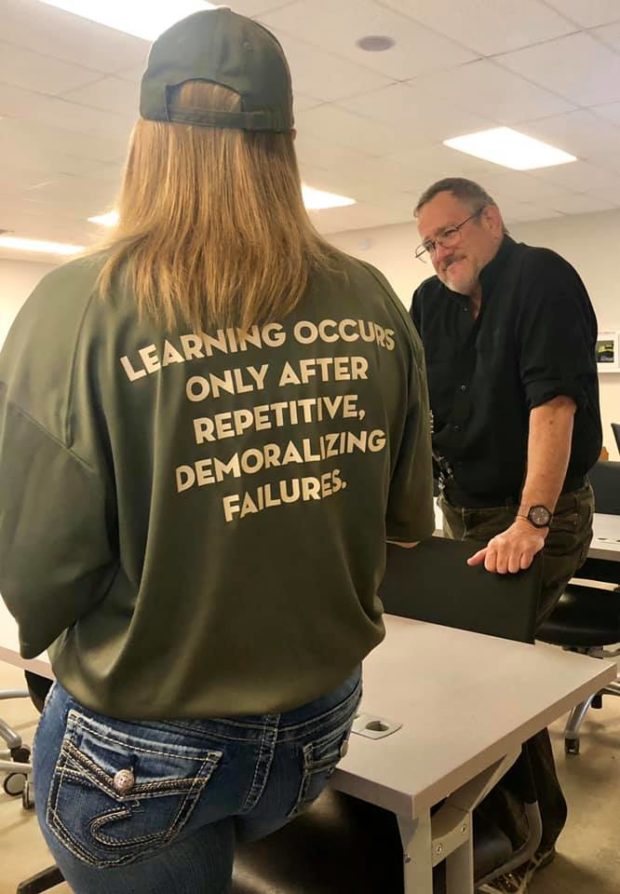 I will try to do some productive pros and cons of the revolver and semi-automatic based on actual experience and 30 plus years of professional observation from an agnostic who carries one of each daily. This should help folks separating myths and add to some insight exactly why I carry both daily. In a nutshell, I try to exploit the positives of each system and negate the negatives.

The first issue is how they function. Semi Automatics ammunition is used to function the gun. This is both a wonderful benefit in some cases and detrimental in others. Because the ammunition is functioning the gun, the ammunition and the firearm need to work well together. Bullet design, weight, energy generated, and tolerances are all critical to functional reliability of the pistol. It only has to be reliable and of decent quality in a revolver. Revolvers that have issues that are ammunition related are exactly that…a revolver shooting poor quality ammunition or has been modified to a point that it is not reliable with poor quality or problematic ammunition. This has as much to do with “revolver reliability” as it does pistol reliability with a pistol shooting poor quality or out of spec ammunition or modified to the point that it will not reliably fire your chosen ammunition.

Modified guns is another huge issue. In the days of dinosaurs, the “armorers” at places like LAPD were the equivalent of master gunsmiths today. The intricate lock work and tolerances of revolvers that is the component that makes them less robust or tolerant of debris and neglect as a service grade modern semi automatic pistol also require people who know what they are doing working on them. Those are rare people today and most are not kids. I wish there were young folks apprenticing under the last remaining master gunsmiths on revolvers, but I am not seeing it. I have two revolvers in my collection that were carried for well in excess of 35 years at LAPD. Literally from the 30’s through the 1970’s. That is a ton of use, and qualifications, as well as exposure to the elements for “not reliable” guns. What they had was proper maintenance and upkeep by people who understand them.

Maintenance with revolvers is also a real thing. If you expect to take them to a multi-day training class and not clean them regularly, you will have a myriad of issues. In the days when we shot these guns and trained with them we cleaned them. My agency had a range and cleaning area next to the locker room. In the revolver era it was well stocked with maintenance supplies, compressed air, and a Lewis Lead Remover. If you do not know what a Lewis Lead Remover is, you should withhold comment on how much shooting you can do with a revolver without cleaning. 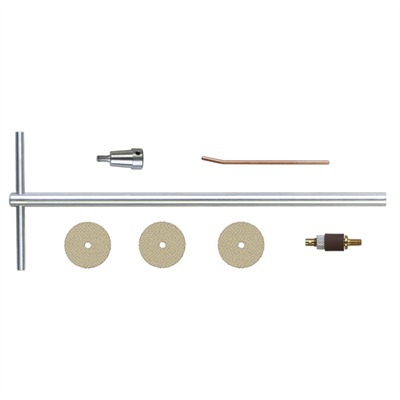 Attached to this post is a picture from the last Revolver Round Up we hosted. Legendary instructor Randy Cain was a student in the class. Like many of us, Randy carries and uses semi automatic pistols. What is distinctive is the toothbrush in the back pocket of Randy’s pants. In police work we call this a clue that Randy has deep old school knowledge of how you keep a revolver running in a class. When I teach revolver stuff, I have a full set of gunsmithing screwdrivers. Why?, because all sorts of screws will start coming loose when they get shot a lot. 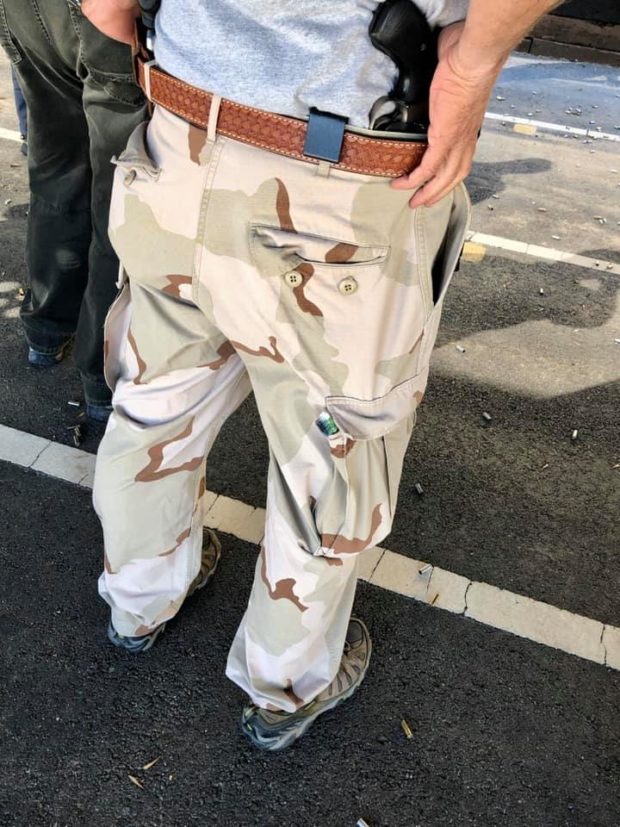 I cannot emphasize enough, these guns are incredibly reliable in all their size ranges when clean, maintained and during an initial encounter. That is the reliability I am looking for in a daily carry defensive tool. Reliability when dirty and shot a bunch and with minimal proactive maintenance? This area is owned by the modern semi automatic service pistol. Modifications to either system can render them less reliable. The more we try to make them easier to shoot will tend to make them less reliable across a wider range of circumstances and this should be taken into account.

I will share the second part of this article tomorrow.  Thanks to Darryl for writing such an informative piece and sharing it with my readers.  Take a look at Hardwired Tactical’s training schedule and book a class if they are in your area.  You won’t be disappointed.