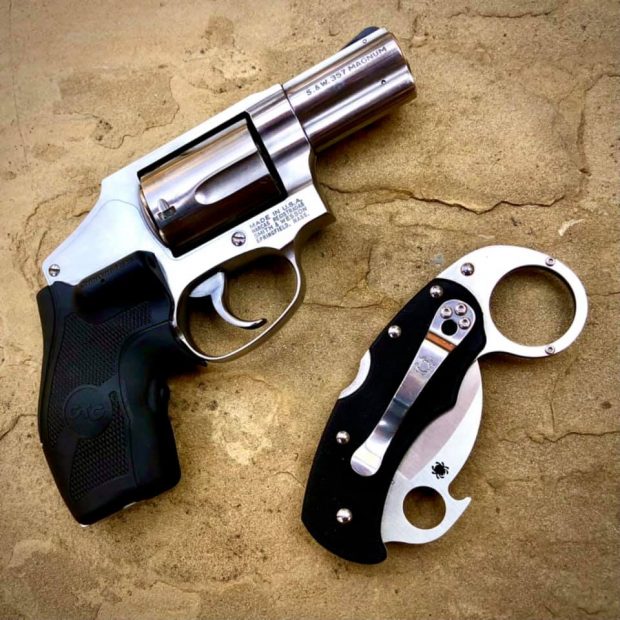 *This is a guest post from my friend Darryl Bolke.  Darryl is a retired big city cop from California who was involved in multiple shootings on the job.  He continues to work armed security gigs and teach classes in Texas.  He has a very unique perspective on the shooting/training industry.

When I saw his post, it led to a long text discussion between us, because I realized I had been doing some of the same activities Darryl had observed in his old school retired cop buddies.

Darryl has noticed two different responses to the stunning increase in violence in America during the last year.  Some folks will strap on a full sized gun with light and optic, carry three spare magazines, and train to get a sub one-second draw.

But Darryl noticed that some other people with far more life experience dealing with high levels of violence are taking a different path.  Those folks are carrying smaller guns and purposely not going to the locations where violence is likely to break out.  These folks are relying on high level avoidance skills and a commitment to avoid getting involved as a protective mechanism.

In my retirement, I find myself trending more towards option two.  I go to the gym, the grocery store, and various woodland parks.  I’m not likely to need 50 rounds of ammo to survive those scenarios.  My dates tend to be quiet affairs with small numbers of people in someone’s back yard or at intimate restaurants in safe suburbs.  I’m passing up on a lot of those crowded events so I don’t have to run around loaded for bear.  I like it.

The simple life-just some ramblings…..

I recently returned back to the urban grind from our vacation home. The joy of being able to carry the simplest of self defense tools for a month was wonderful.

I spent everyday in the water a lot. Jet Skiing, Paddle Boarding, hanging out in the channel, a lot of walks in board shorts, and the pool and jacuzzi every night. I pretty much lived in board shorts.

With all this I have a very simple set up I use. My handgun of choice for most of these activities is my Ruger LCR in .327 Fed Mag. I carry it loaded with Speer Gold Dot in .32 H&R Magnum. A small Spyderco H1 Salt folder that is made to be carried in wet environments. A SureFire Stileto handled the illumination side. This set up is light, handles being in a wet environment well and everything is low speed but simple and reliable. 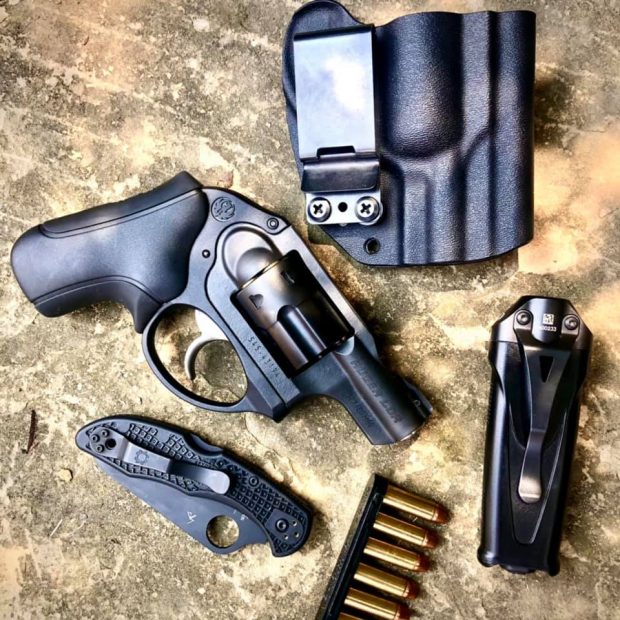 Melanie also got a Ruger LCP Max in .380 and I carried it a few times. The LCP Max is really a great little gun for times when you most likely don’t need a gun. For times I was wearing lightweight shorts with an EDC Foundation belt, or basketball shorts and a Phlister Enigma, my pet S&W 640 usually got the nod.

Carrying normal earth people simple gear is nice when I am not in work mode or urban crime mode. For enjoying life mode I tend to use simple and easy. I ran into an old pal from the cop/firearms industry out there as well. He pulled a Airlite S&W out of his pocket in a very well worn great pocket holster and said “I blame you for this”. He also had a Spyderco folder that he keeps sharpened to shaving sharp. The gun and knife were very well worn, yet the exceptionally well maintained and I know he is able to run both at a expert level. 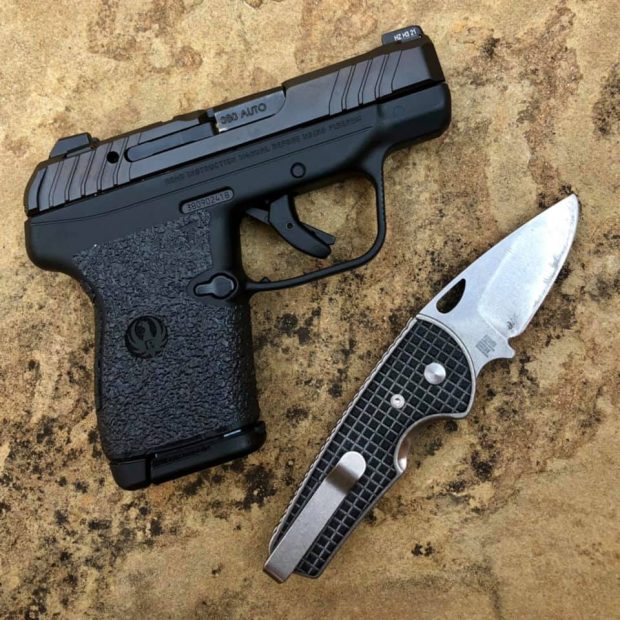 I ran into another very well established “gun guy” at the highest level. “These days, I spend a lot of time outside the house jogging or in very casual work out clothes. I carry a J frame in a towel when I run, and I can carry it in jogging shorts and a light shirt for most other times when not dressed around a gun”. I saw a trend with many of the older, VERY experienced guys who have spent several decades immersed in high level violence and dealing with criminals at the highest levels. I am seeing a trend with these folks that is right down the line for my life as well. Many are carrying sub-compact or compact service size, very capable 9 mm pistols most of the time when out in the world and then down sizing to a small lightweight revolver for a “Rule One” gun (rule one of gunfighting, have a gun).

Most of those Rule One guns are also carried along with the primary pistol as back ups. The overwhelming opinion was a sad state of affairs in which these very well trained and experienced folks are no longer willing to get involved in much other than defending themselves and immediate family. EVERY single cop I talked to in Los Angeles County said the exact same thing to me. “Gascon wants to successfully prosecute a cop, and it’s not going to be me”. That translates to “I ain’t getting involved.” That is a very sad state of affairs. Many of the older folks who can retire are leaving and sadly they are leaving with the taste in their mouth of avoiding any sort of trouble is their goal and moving to places with almost no crime and I am seeing their gear, guns and lifestyles reflect this.

All of them are no longer going to large venues for sports, shopping, etc. They are changing to a very simplified way of life. A lot of solo exercise and outdoor non-group type recreation. On the gun side, I am seeing a resurgence in two guns in particular. One has been mentioned, lightweight snub revolvers in both .38 and .22’s. The other is the Ruger LCP .22. Again, these are choices for basically a retirement, vacation, very low exposure lifestyle. All are also carrying knives as a supplement, and I am seeing most also now carrying OC spray, myself included.

These same people all “gun up” to service size guns when they have to be back in urban environments or around a lot of people. The trend with these folks seems to be “always armed”, just not as heavily armed as they have spent most of their lives. Another important point is these smaller guns are not carried as good luck talismans. The .22’s have gotten popular again because they allow for regular range trips in an Ammo drought.

The small revolvers allow for a lot of dry practice and they are reliable from deep concealment. I cannot reiterate enough these people I was spending time with are very serious gun people. Top of the food chain instructors with decades of experience as instructors and metropolitan area SWAT team members and instructors. They have watched thousands of cops run qualifications and investigated enough shootings and violent crimes that when they say they prefer small revolvers to small autos for use during very violent close quarters attacks should be a clue.

It will likely be lost on most of the social media experts and written off as a bunch of over the hill dummies who are clinging to the past. I guess if we rate ideas about personal protection on number of followers versus numbers of actual violent life and death engagements….the Internet wins. I am in the minority these days, but I figure I will at least pass along what I am seeing from folks who do not do social media but have a lot of time doing social violence. Choices and consequences.