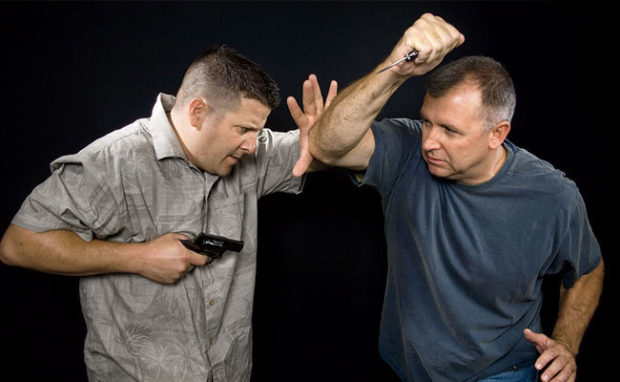 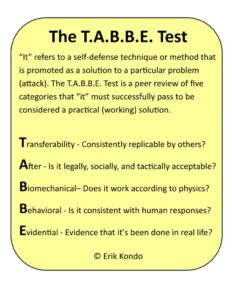 This seems like a reasonable metric with which to judge the merits of a particular fighting technique. 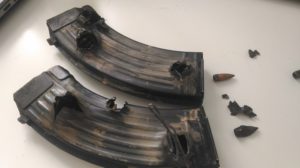 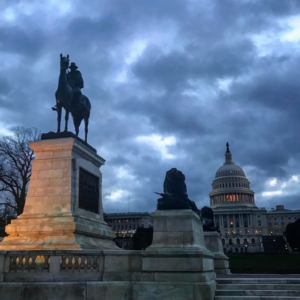 One of the biggest problems in the policing profession is a stunning lack of leadership coming from supervisors.  My friends in the corporate world tell me the same is true in that environment.  Here is an article to read if you want to be a true leader rather than just a “boss.”

I’ve been slowly working my way through the author’s book The Daily Stoic.  Check it out if you enjoy his writing.

This is Why You Carry With A Round in the Chamber!

Do you carry your gun with the chamber empty?  Watch this video and then fix that.

KeyMod vs M-LOK: Clear Winner in Battle of the Mounts 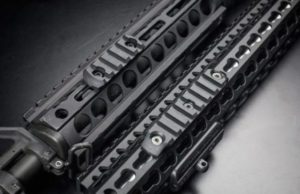 For those of you looking at the differences between these two systems.  For what it’s worth, I have a couple keymod forends.  I’ve never had any accessories fall off my rifles.  I seriously wonder if the army just didn’t want to carry rifles with tiny penis-shaped holes in the forend. 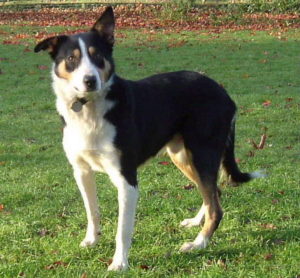 I think Grossman’s “Sheepdog” analogy is grossly overplayed and may be harmful to our cause.  Here is another way to look at it from Rory Miller.

Get A Grip with Jeff Gonzales 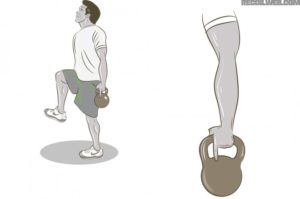 Good tips from Jeff Gonzales.  I do the finger isolated kettlebell farmer walks at least a couple times a month! 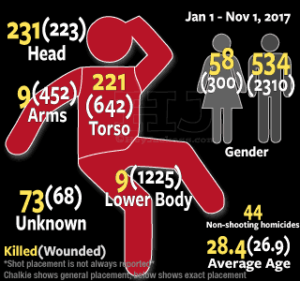 An analysis of location and fatality rate of all criminal gunshot wounds in Chicago this year.

Top 3 Terrible Pieces of Advice Women Get in Gun Stores 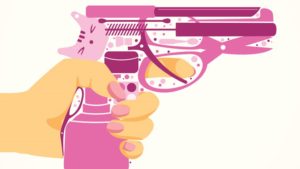 For some more female-specific reading, check out: Teach Your Daughters To Hit Someone Who Touches Them 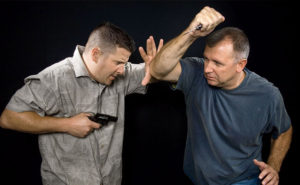 When Your Shitty Health Insurance Doubles in Price 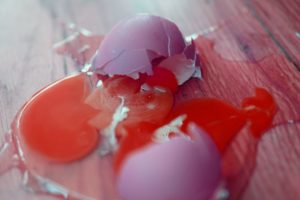 Some sensible advice on dealing with expensive health care premiums. When I retire, I guarantee I will not be paying $1000 a month for a high deductible insurance policy.

Instead, I’ll put the same amount of money in the bank and pay cash for treatment in a place like Thailand where costs are 1/3 of what they are here. 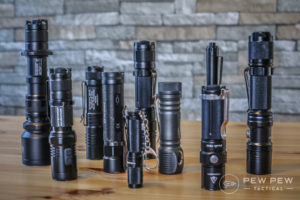 I really like Surefire Flashlights.  I think they are some of the best built lights on the market.  They are also very expensive.  If I can get 95% of Surefire’s performance in a light that costs 25% of the price of a Surefire, does it make much sense to buy the expensive light?  For me, it doesn’t.  This is a good look at quality flashlights that are available at sensible prices.  Their “best overall tactical flashlight” is the one I carry every day.  The Fenix PD35 light is every bit as good as any Surefire I’ve owned and is 1/3 of the price.

“Better to Be Rude Than Dead” 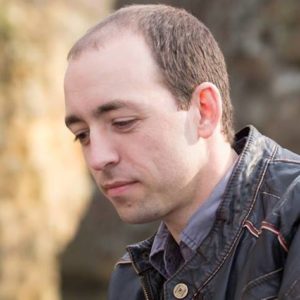 A long-form narrative article describing an event that caused the author to question his gut instincts.

“If there’s even a passing shadow of an echo of a thought that you’re in danger, trust it. If your subconscious mind sends you information that just doesn’t sit right, listen to that warning. It doesn’t need to make sense.

Don’t let social convention get you killed. Don’t let politeness be the way bad guys get to you. Give yourself permission to be rude.”

A very interesting experiment.  The authors here started out shooting an AR-15 rifle that had an uncharacteristically long 26″ barrel.  They authors then fired almost 20 different common .223 rounds through the gun and noted velocities.  They then cut an inch off the barrel and repeated the velocity tests with all 20 loads.

They continued collecting velocity data inch by inch until they had cut the barrel down to seven inches.  This article is a nice piece of research that very clearly demonstrates the effect that barrel length has on velocity.

Ballistic gelatin testing of a popular .357 magnum round.  This one looks like a good performer for carrying in the woods or as a hunting cartridge.  Please recognize two facts before going out and buying this load.  First is that the heavier loads generally recoil more.  This one would be especially punishing in a very light revolver.  Second is that the gel test was shot with a four-inch barreled revolver.  Performance will likely be very different in a shorter barrel.  For the most part, there is very little advantage using a .357 magnum load over a .38 special load in a two inch barrel.

If you want a truly devastating “manstopper,” check out the gelatin tests of the same round when fired from a rifle. 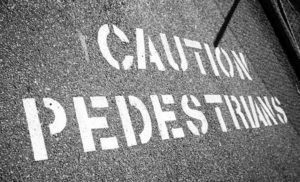 Some comments on my article about handgun overpenetration in defensive cartridges.  I merely reported what I’ve seen over the years.  This article (written by a guy with an M.D. after his name) explains why my observations are anatomically correct.  I thank Dr. Williams for his kind words.

Several years ago I took Dr. Williams’ “Tactical Anatomy” class at a large law enforcement training conference.  He shares valuable information and has a unique perspective.  Take his class if you are in the area.

How Not to Get Sick in India 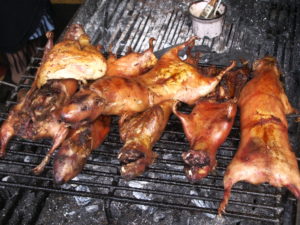 A longer article about precautions to take when traveling in India.  The recommendations are actually very good for any third world travel destination.  The one suggestion I take issue with is the author’s advice to avoid street foods.  If chosen correctly, I think third world street foods are actually a healthier option than eating in most restaurants.  The street food is usually fresh and cooked right in front of you.  Cooking carts are less likely to be infested with rats or insects than restaurant kitchens.

Look for food that is being cooked fresh and isn’t sitting around.  Look for a line of local residents buying the food.  You’ll be fine.

How to protect yourself during a mass shooting

A remarkably useful article and quite surprising given the mainstream source.

My Patrol Rifle and Me – 7 Things to Know

Some somewhat unconventional recommendations for rifle accessories.  I can’t say that my rifle fits his seven criteria, but I can’t say that I really disagree with the author’s suggestions either.

One of my favorite shooting drills.  Read the article (or watch the video) and give it a try.  Here’s my take on the drill and its revolver counterpart.

15 Wild Edibles You Can Forage for in the Fall 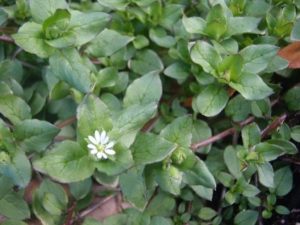 Sometimes it’s harder to find wild edibles after the spring and summer seasons have passed.  Here is a good list of what still might be available for your harvesting or survival efforts.

Be a Hero: The Essential Survival Guide to Active-Shooter Events 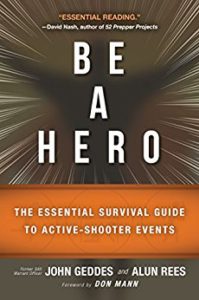 I’m only a couple chapters into this one, but it’s great so far. 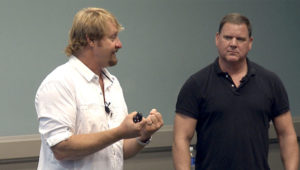 I really like this loaded carry workout.  I used it immediately after my stomach surgery last year when I wasn’t supposed to be lifting anything heavier than 10 pounds for an entire month.  The workout allowed to do something when everything hurt and I wasn’t supposed to be out of the house.  If you are looking for a cardio workout to replace your hamster wheel treadmill habit, this would be a good one to try.

13 Common Concealed Carry Mistakes (And How to Avoid Them) 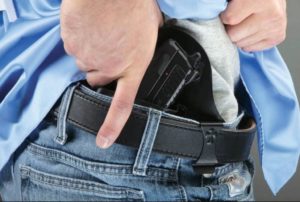 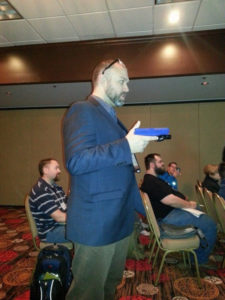 “You see, to the layperson, the WEIRDO looks like a fighting ant, with their bristled visage, guns, knives, medical kits, 4×4 truck and bail-out bag.  To the uninitiated, the WEIRDO looks like a gadgeted freak, and thus the tactical accessories of the WEIRDO seem like talismans that have the ability to ward off evil-doers, and help the wearer steer clear of environmental pitfalls.

This couldn’t be farther from the truth though.  The WEIRDO has simply undertaken the task of preparing their hands for the unexpected; the mind is already so equipped.  So when disaster strikes, and action is needed, they are ready.  For the weirdo, the acceptance of the, “NOT IF…WHEN?” eventuality is already completed.  One of my email taglines used to read, “IF YOU PREPARE FOR THE EMERGENCY, THE EMERGENCY CEASES TO EXIST!”

The weirdo doesn’t like emergencies, but they know that they occur and thus they find the study and preparation for countering emergencies, useful.  And lately, in our current times, emergencies seem to occur more frequently than in the past.  So, be a WEIRDO.  Encourage others to become WEIRDOS.  And maybe, someday, we can live in a world where the WEIRDOS aren’t in the tiny minority, and even seem (dare I say) NORMAL.”

Sherman is a brilliant instructor who has been too busy with his dental practice to teach many classes over the past couple years.  He’s back in the game and is teaching regular courses again.  Check out his Hemorrhage Arrest Courses through Condition-1 Firearms Academy in Tennessee.  He is writing again as well and has rebranded his Revolver Science site into The Civilian Defender. 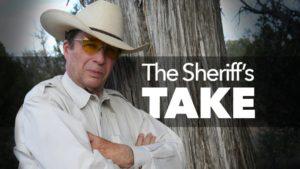 It’s getting colder. Have you thought about how you might draw your gun from underneath your heavy winter coat?  Everyone should take their winter coats and gloves to the range for a practice session and sort out any issues that arise.

I carry in the appendix position.  I generally leave my coat unbuttoned so that I can easily draw my gun.  If I’m wearing the coat zipped up and it is too long to lift up in order to draw my pistol, I will be carrying a second gun.  An airlite snubnose (S&W 351C or 342) revolver rides in my outside coat pocket if I have to wear a long zipped up coat.

Gabe Suarez put out a free 100-page e-book about red dot sights on pistols.  It’s probably worth checking out if you are interested in the topic.  Although Gabe has worked hard to popularize these designs, I know a few people who have been carrying them longer and have even more experience with the system.  They disagree with a lot of Gabe’s advice.  Do your research well.  Buyer beware.

Pa. Trooper’s Use of Tourniquet Comes as Device’s Popularity Is Skyrocketing 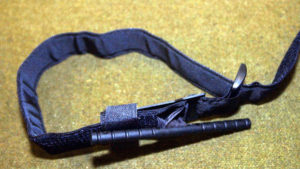 “A state police official later said Kelly’s decision to keep the tourniquet on his person instead of leaving it in the vehicle with the first aid kit “more than likely” saved his life.”

If you are a cop and you don’t have a tourniquet on your person at work, you are wrong.