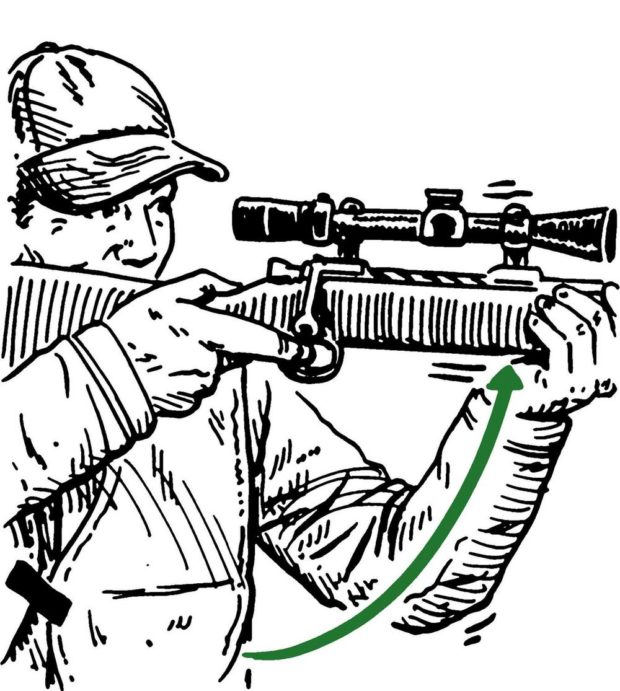 Why Do I Need a Rifle? 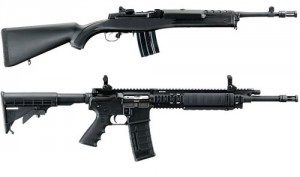 Words of wisdom from a very experienced SWAT cop and trainer.

“We carry handguns to defend ourselves and our loved ones from an unexpected deadly threat. When we have been forewarned that deadly force will be required we arm ourselves with a rifle.”

Reminder: Why All The Jihadi Attacks? Why Now? 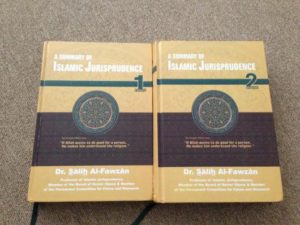 Some good background on Islamic terrorism and why it seems that we are seeing an increased number of attacks in recent months. 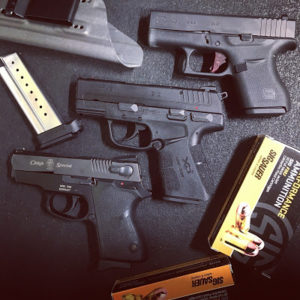 Tamara shoots the new Springfield Armory double action 9mm pistol and compares it to the Glock 43 and the old S&W CS-9. 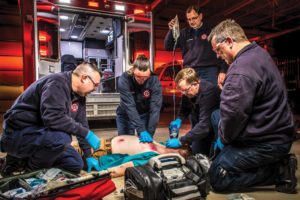 An incredibly thorough analysis of trauma-related heart stoppage and the best medicine to treat it.  You should also review the same publication’s guide to wound packing.

An Amateur’s Guide to Carrying a Gun 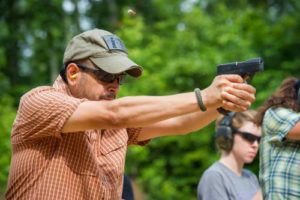 A quality long-form article full of wisdom that should be read by anyone who carries a gun, regardless of expertise. 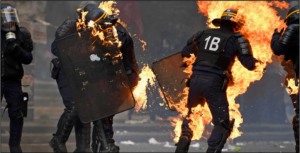 Take a look at the photo above.  The cops here were just hit with a Molotov cocktail.  These cops are in France, but the Antifa folks have thrown gasoline bombs or fireworks in all of their American “protests” as well.  They have also thrown quite a few rocks and bricks as well.

This is a topic that cops aren’t paying close enough attention to. Many big cities have protective riot gear issued to cops working events like this. Smaller places do not generally issue items like protective riot control clothing and helmets to officers.

Are you cops prepared for flying bricks and Molotav cocktails? Do I need to remind you that your uniforms are made of polyester and they will melt to your skin if you encounter flames?

The components of throwing objects at police and using flames and fireworks have been the hallmark of every “Antifa” riot we’ve seen.

If you are deployed to an incident like this, you will absolutely need a helmet and wraparound eye protection. Your department may not issue those items. You’ll have to buy your own. Your department doesn’t care one bit about your head and eyes. As always, YOU are responsible for your own protection. Buy a ballistic helmet, some protective goggles, and flame retardant gloves. Carry them every day in your police cruiser.

While you are shopping for a helmet and goggles, you should probably also pick up a couple smaller fire extinguishers as well. Having a small fire extinguisher in stashed in your uniform cargo pocket may literally be a lifesaver in a situation like this.

This is going to get worse before it gets better. Make your preparations now.  Don’t believe me?  Read War is Officially Declared.

Tom has some very good violent crime statistics in this month’s edition.  Opens to PDF. 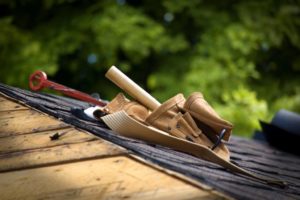 Some tools and equipment you should probably have on hand for an emergency or natural disaster.

Pivot Points: Creating A Culture Of Preparedness And Resiliency In America 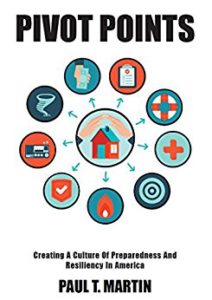 I recently finished this book and really enjoyed it.  There are lots of “how to survive” books on the market, but this is one of the only books I’ve seen that discuss how to build a culture of preparedness.  I found it contained some very valuable ideas.

When Man Shot Passengers at Baggage Claim in Fort Lauderdale, the Airport Response Was a Giant Cluster

My cop readers, especially, should read about the problems first responders had in the Fort Lauderdale airport active killer event. There are a lot of things the cops could have done better here.

2400 officers responded. I know you all want to stop the killer and I applaud that. We don’t need 2400 cops to take care of that scene. Stay out of that mess once a “critical mass” of officers has been deployed. Having too many cops caused more problems here than having too few cops to respond.

Plain clothes cops (and armed citizens for that matter) need to be really careful running around an active killer scene with gun in hand and no obvious uniform or police markings. Don’t be stupid. If you are going to respond to one of these things, make sure you are clearly identifiable as a cop. I’m honestly surprised some of the “badge around the neck” guys didn’t get shot.

The same goes for you CCW folks. Keep your gun holstered or hidden as you make your way to confront the killer. Having a gun in your hand makes you a very big target for all the responding cops and any CCW licensee in the area.

Rest assured, terrorists will analyze this response as they plan their next attack.  If 2400 cops respond to a single active killer incident, who is left to defend the rest of the county?  The next intelligent terrorist strike will involve a diversion active shooter event to get a massive response like this one.  They will set explosives to go off 30 minutes after the shooting starts to kill all the swarming cops and medics.  After that, they will initiate the REAL attack someplace else.  We have to be smarter than this.

Malfunction Drills got a little too exciting 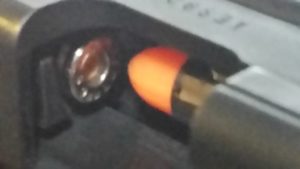 I’ve never seen this happen in all my training, but I can see how it might occur.  Be careful setting up your malfunction drills.  I use empty cases to set mine up, no chance that the empty will detonate the primer.  If you use empties, be sure they are the same caliber brass as your gun.  If you screw up and load an empty 9mm shell in a .40 or .45 gun, it can get shoved down the barrel and cause an obstruction.

How do you defend yourself against this?

Did you read about the gang of 40-60 teenagers who took over a California commuter train and robbed the passengers?  The author of this piece is correct.  There is no “win” in a situation like this.  Think through how you might handle it. 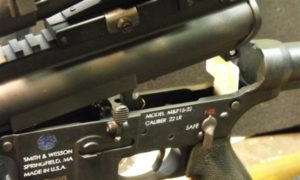 While I don’t think the author’s choices of cleaning and lubricating oils are optimal, this is a good reference for the new AR-15 owner.  Learn how to take your gun apart and keep it clean and well lubricated.  I personally use Slip 2000 EWL on my AR-15 rifles. 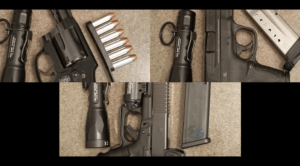 This is an important distinction.  It is NOT appropriate for all of your practice to be “Scenario Oriented.”  Individual skills can (and should be) practiced out of context in order to make improvements.  It’s like a basketball player practicing layups by himself.  He would most certainly do things slightly differently if he was trying to make his layup with an opposing team on the court defending, but before he can get to the point of perfecting tactics and strategy to defeat the defenders, he has to master the basic skill of the layup.

Firearms training is the same way.  Not every round you fire at the target has to simulate a gunfight.  It’s OK to work skill drills out of context if you need improvement on a specific skill.

Train Your Perception to Dominate Adversity 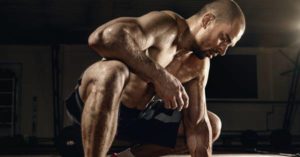 “Challenges are an essential part of life that force growth, bring excitement, and open possibilities. There is no running from them. They’ll always be there. Some things are supposed to suck—accept that and drive forth. Change how you approach the suck, and the world is brighter and more vibrant. ”

Revolvers will get you killed – Or will they? 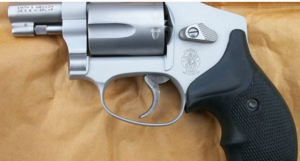 Rather than focus on equipment, Claude analyzes the skills needed to win several recent gunfights. Do you have these skills? The gun you use is secondary to your skill set. 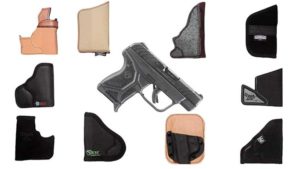 If you carry a gun in your pocket, you need a pocket holster.  Here are some good options.  Like the author, I favor the Desantis Nemesis.

The Surprising Benefits of Being (Slightly) Crazy 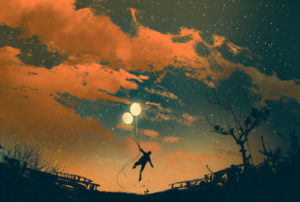 “The inherent risk of living at the edges of the human endeavor is what drives new ideas and, ultimately, progress. We need people who are not only creative enough to see the world in new ways, but also delusional and crazy enough to believe their ideas are neither delusional nor crazy.” 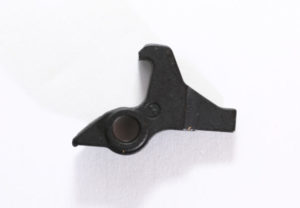 Some good information about AK-47 triggers. 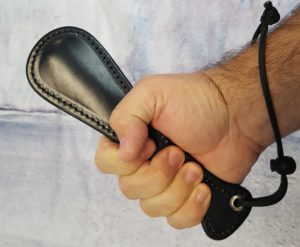 I think that a good sap has a lot of utility as a defensive weapon.

Top 5 Shooting Mistakes Hunters Make (And How to Fix Them) 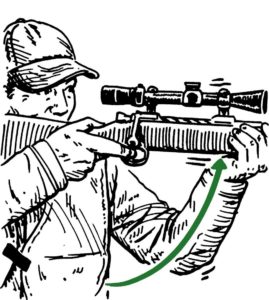 I tend to write mostly about defensive shooting, but I know many of you hunt as well.  Here are some tips to avoid missing your next rifle shot on a furry target. 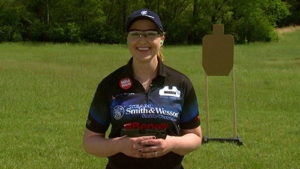 A very effective way to get a quick practice session in with just 50 rounds.  I often find myself doing a routine like this for my backup weapons after I shoot my primary defensive pistols.

Another instance where an open carrier was attacked for his gun.  This stuff doesn’t happen…until it does.

Blue Lights to Support the Police 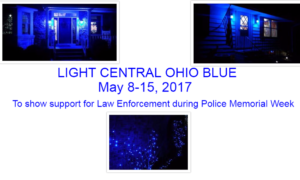 I’ve seen this meme going around. As a cop, I appreciate the support. I also think it’s a dangerous idea. You are broadcasting information to people whenever you engage in a campaign like this. Some of the people you broadcast to will use it against you.

Think about who may do this blue light thing. It will be cops, their loved ones, and people of a “law and order” political identity. How would a criminal use that info?

– The easiest and most likely use is for burglary. Almost all the houses with blue lights will have guns. They’ll wait for you to leave and then steal your stuff.

– Some people hate cops. Your property may be damaged just because the criminals want to hassle “the man”. If they figure out that your family member is a cop, you may be a target for violent reprisals.

– Remember the brewing ANTIFA confrontations going on around the country? If you identify with the police, in ANTIFA’s eyes, you are a “fascist.” Do you really want a bunch of masked nut jobs tearing up your stuff or beating your family members?

Thank you for the sentiments, but please don’t bathe your house in blue lights next week.