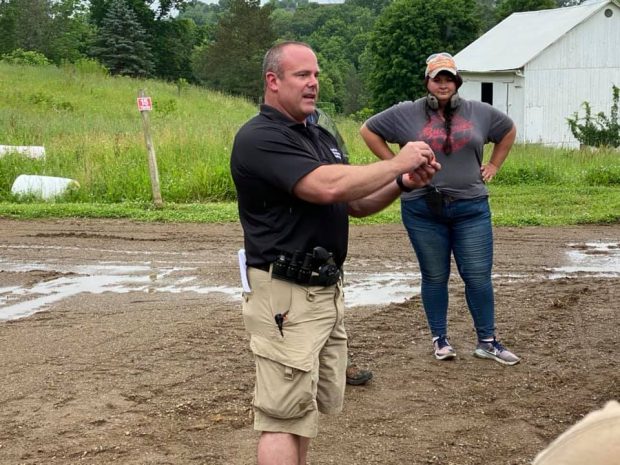 On Saturday,  I taught my first open-enrollment class since February. That might have been the longest break I’ve had from teaching in more than a decade. My teaching skills are rusty. My voice is fried.

But the class went well. It was a snubnose revolver class that was full with 20 students coming from three different states. They seemed to enjoy themselves despite my rusty skills and the fact that the weather ranged from brutally hot and humid to thunderstorms and back all day long.

The class was roughly 2/3 Smith and Wessons and 1/3 Rugers. The Smiths ranged from airlite 340s to 3″ custom ported K-frames.

In addition to the Smiths and Rugers, we had one Rock Island Armory revolver and one Charter Arms Undercover.

– The RIA gun performed well. It’s like a budget version of the old Colt Detective Special. No problems with it at all. The extra large hammer bit the web of my thumb on recoil, forcing me to lower my normal grip, but that was my only complaint. Trigger wasn’t bad. Sights were pretty good. This one might be a good budget revolver choice. The HKS speedloaders for the Colt (“DS” model) worked fine. 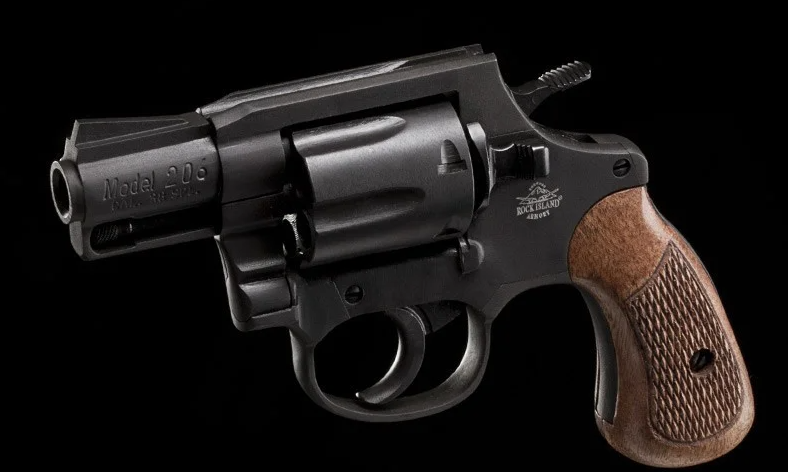 – We had a couple Ruger LCRs malfunction. The malfunctions looked like the user was short stroking the trigger. On closer analysis, it was the user failing to fully allow the trigger to reset in the forward position. One gun in particular required that the shooter completely remove his finger from the trigger after firing to fully reset.

– It’s hard to use a pocket holster in a high round count shooting class.  One of the students used one of my favorite pocket holsters (Desantis Nemisis).  As his revolver heated up and the holster became soaked with rain and sweat, it started collapsing, making re-holstering difficult.  After every draw, he had to remove the holster from the pocket, place the gun inside it, and put both back into his pocket.  Some systems that are perfectly adequate for defensive carry may not be your best bet for a full-day shooting school. 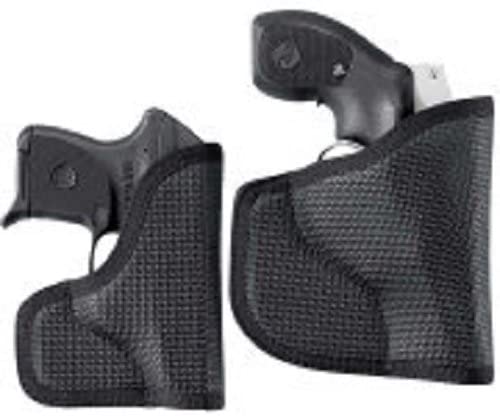 – Wolf steel case ammo sticks in the cylinder badly when the gun heats up. Not recommended.

– When students had problems with reloads, it was almost always worsened by the position of the gun.  LET GRAVITY HELP YOU! Turn the barrel completely upwards when emptying spent shells from the cylinder.  Turn the barrel straight down when putting rounds into the cylinder from either speed loaders or speed strips.  When the gun is only slightly tilted when loading and unloading, the rounds don’t move as smoothly in and out of the cylinder.

– Several guns shut down during the day (about 250 rounds) because of lack of lubrication. When the trigger pull becomes progressively more difficult and the cylinder doesn’t spin easily, a couple drops of lube where the cylinder attaches to the crane will make your life easier.

– Most of the class brought HKS speedloaders. Most of those folks wished they had jet loaders or Safariland Comp IIIs when doing reloads on the shot timer. 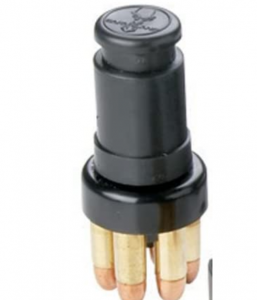 – The 2″ and 3″ K-frames as well as the 3″ Ruger SP101s were significantly faster, more accurate, and easier to shoot than the J-frames and LCRs. A little extra size makes a huge difference in shootability.

– The snubby is not just an “arms length” gun. 75% of the class was able to hit an eight inch circle target at 20 YARDS in double action mode by the end of class.

– Fatigue became an issue with a couple shooters over the course of the day.  Those students had difficulty pulling the double action triggers at the end of class after a fatiguing day of shooting.  The best exercise to fix this is dry fire.  If your hand strength is weak, perform 100-200 dry trigger presses a day.  You will quickly build up the hand strength you need for an extended shooting session.

Thanks to everyone who braved the pandemic to come to my class!

Thanks to Jack Frontz for taking photos