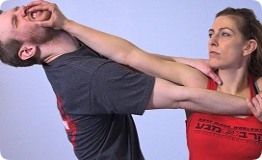 The Evolution of Mindset Training, Part 1 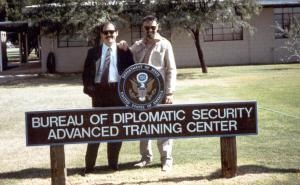 Very interesting history of the development of cognitive enhancement and motor learning patterns as they relate to a self protection mindset.  Marcus is one of the true pioneers in this field and I’m happy to see my friends Dave Spaulding and Ed Lovette mentioned as well.  When you check out the links down at the bottom of the article, you’ll see that our government is only just now implementing some of the technology that these guys advanced in the late 1980s.

If you found the article above interesting, here’s another brilliant one from Marcus discussing a shooting drill to expand peripheral vision.  For you fighters out there, think about how you might apply the same drill to bag or focus mitt work.

Good first hand account by an adult experiencing a simulated school lockdown drill in an active shooter training session.  The article really identifies some of the problems with the traditional responses to violence that schools take. 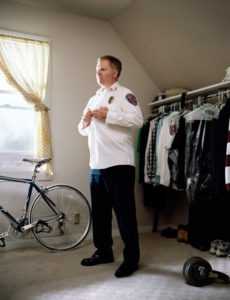 Speaking about active shooters, here’s an incredible article interviewing the police lieutenant who was shot 15 times (and survived) during the Sikh Temple shooting earlier in the year.  He was thrust into a horrible position.  He and the shooter saw each other and shot at the same time from a 40 yard distance.  Lt. Murpy’s shot missed.  The killer’s shot hit Murphy on the chin.  A subsequent one blew off his thumb and caused him to drop his gun.  The shooter then charged and hit him 13 more times.

Murphy is amazingly candid talking about all of his feelings, his mistakes, and the lessons he learned.  There’s a lot of excellent information about mindset and the body’s reaction under stress in the lieutenant’s words.

Some Thoughts About The Kingdom of Thailand 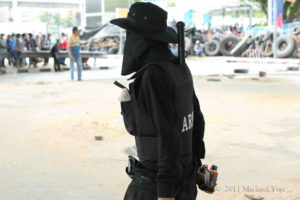 An excellent piece of journalism about Thailand and the difference in the “freedoms” between that Kingdom and the USA. I spent a couple weeks there earlier this year and genuinely enjoyed the experience. It’s well worth the 24+ hour flight from the USA to visit.

“We say that we want freedom, but Americans do not live in freedom. We Americans seem to spend every waking hour plotting how to shackle ourselves.”

Jew Without a Gun 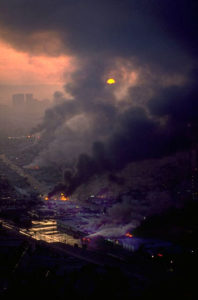 A Hollwood screen writer describes his experiences getting his wife and young children to safety when the building they were in was attacked by rioters in the L.A. riots in 1992.  He talks about how helpless he felt knowing that he may have to defend his wife and kids against armed gang members with nothing but his Swiss army knife.

From the article: “If the Los Angeles riots taught us anything, it’s that you’re a fool if you count on the authorities to protect you in times of civil chaos — in fact, at any time. In the end, only I can protect my family.

I’m never, ever going to allow myself to be outgunned by the bad guys. All the gun laws that are on the books—and there are thousands of them—just make it that much easier for the barbarians to amass weapons and for law-abiding people like you and me to be at their mercy.”

Inside the Minds of Mass Killers

An article explaining how a spree killer thinks…and why he’s not “crazy” in the clinical sense of the word.  From the article:

“They’re almost all male, there is one exception. They’re young. They tend to be in their 20s. They are typically social isolates. They very rarely have close friends or confidants. They almost never have an intimate relationship, although they sometimes have had brief relationships, which have usually failed.

Interestingly, they’re not like many offenders, they don’t tend to have problems with alcohol and drugs. They’re certainly not impulsive, quite the reverse. These are rather rigid, obsessional individuals who plan everything extremely carefully. And most of these massacres have been planned for days, weeks, sometimes months ahead.

The other thing about them is that they are angry and resentful at the world, they blame the world for not having recognised their qualities, for having mistreated them and misused them. Resentment is central to their personalities.

They spend their time ruminating on all those past slights and offences. And they begin to develop a hatred for the whole world.

Perhaps most important of all, these people are on a project to suicide. They go out there to die, and they go out to die literally in what they see as a blaze of glory. They are seeking a sort of personal vindication through fame or, more precisely, infamy.”

Can you identify anyone in your life with those characteristics? It may be a worthwhile thought exercise to ponder.