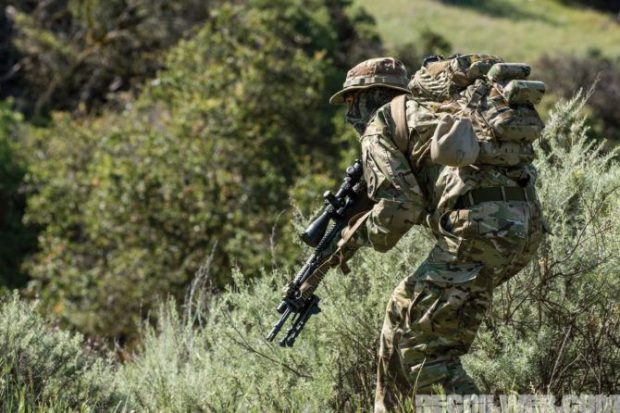 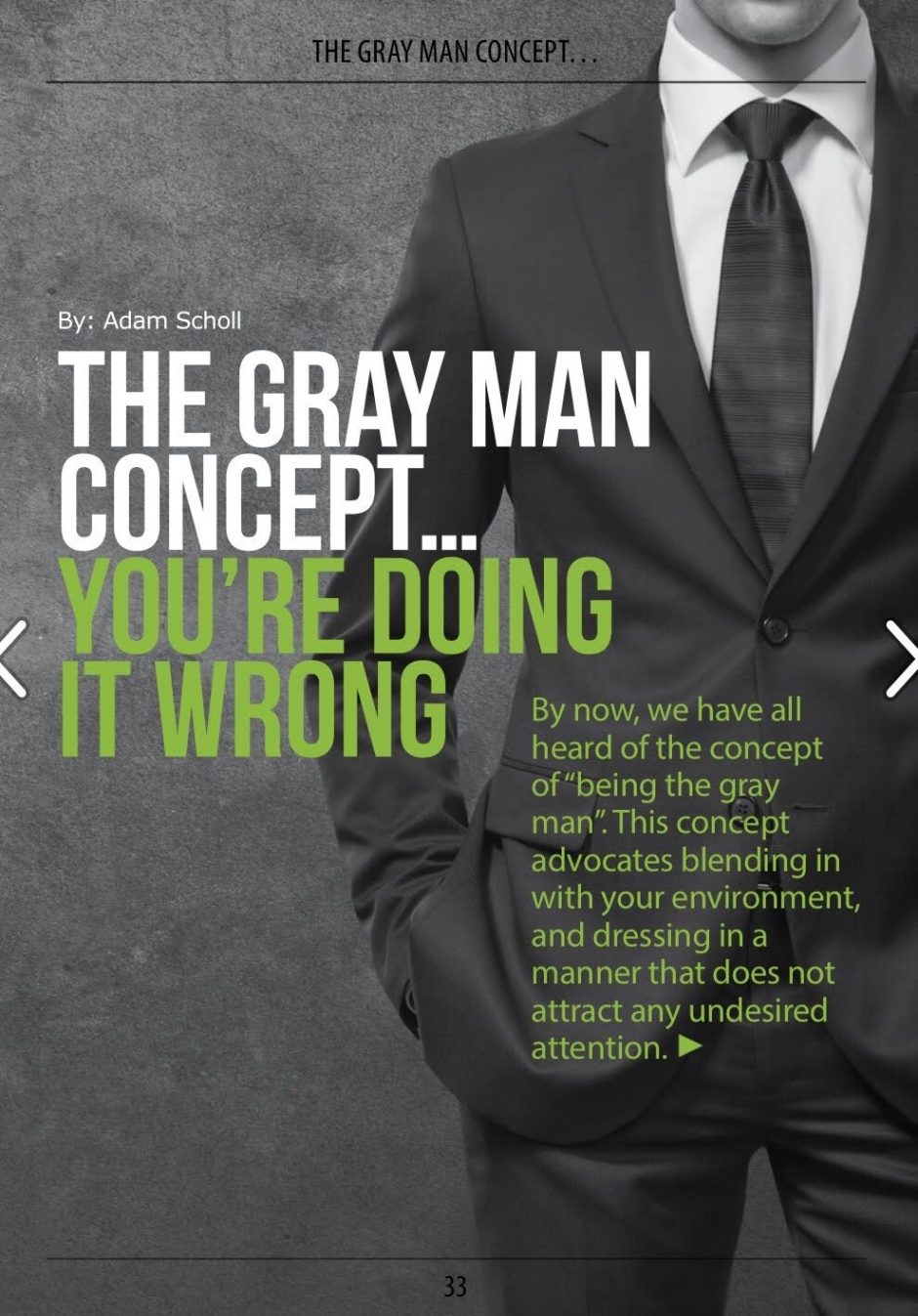 Scroll down to the last article on the page.  Embrace the idea of being a gray man.  It might someday be a tactic that saves your life.  No one needs to know what weapons you are carrying out in public.  There are a lot of fairly innocuous “tells” that inform a criminal that you are likely armed.  Get rid of all of those “tells.” 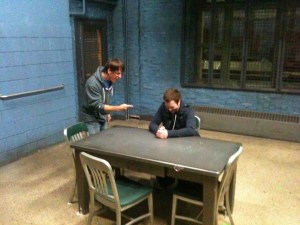 I don’t know exactly how much utility the average person will receive from this article, but it is entertaining.  Some of you may find it valuable as well.

3 Tips to Protect Against Home Invasion 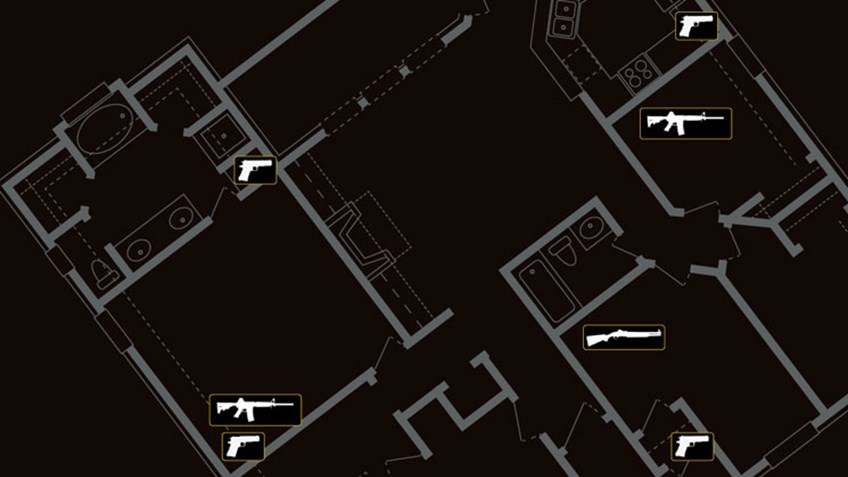 Home protection is not difficult.  This article outlines some simple countermeasures you can take to deter and defend against home invasion.  On the topic of safe rooms, consider using the youngest child’s bedroom for the house “safe room.”  It’s sometimes easier to move adults and older children to another kid’s bedroom than it is to move a very small child to the parents’ room.

How To Make Difficult Conversations Easy: 7 Steps From A Clinical Psychologist 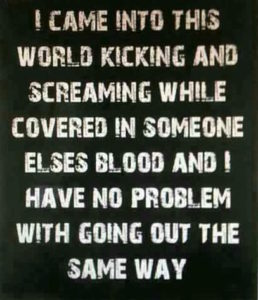 Some very useful techniques in this article.  being able to communicate with difficult people in difficult situations is an often undeveloped life skill. 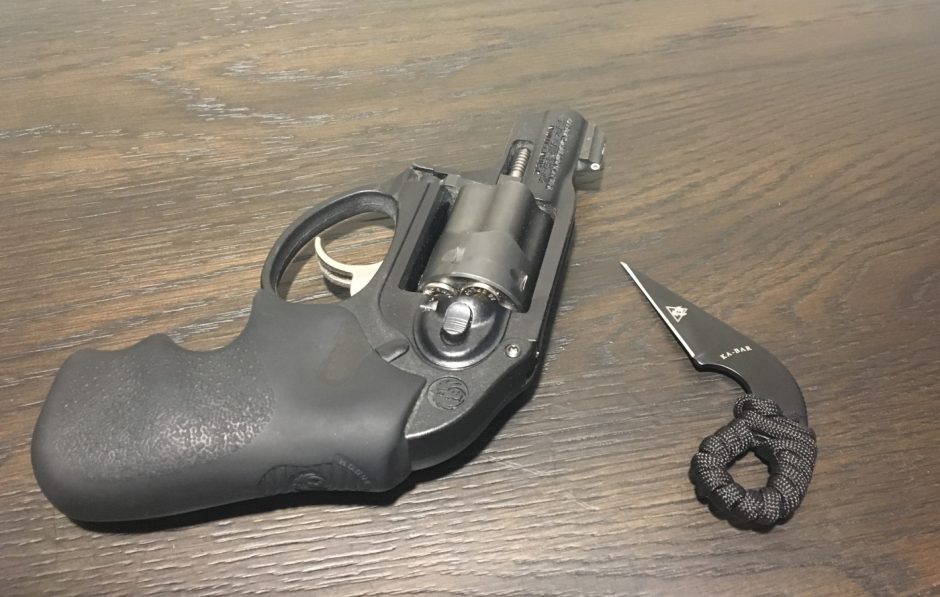 A review of the LDK knife I designed for Ka-Bar.  I created this knife because I was traveling to dangerous foreign countries and needed a low profile cutting tool that might evade detection on a cursory pat down search.  I run a flexible wire key chain through the sheath attachment points, add a handcuff key to the key chain, and attach everything to a rear belt loop so that it hangs down inside the back of my pants.  If my hands are cuffed or tied behind my back I have the tools to escape.

This blade can also be carried in a wallet, laced up in your shoe laces, or velcro-ed inside just about any piece of clothing you own.  It’s a handy little tool.

I developed this blade in 2006.  It enjoyed very brisk sales for its first 10 years of existence.  In the last few years, sales have been steadily falling.  I don’t know how long Ka-Bar will keep selling these if sales continue to drop.  They are only $20.  Buy a few know if you are interested in the design. 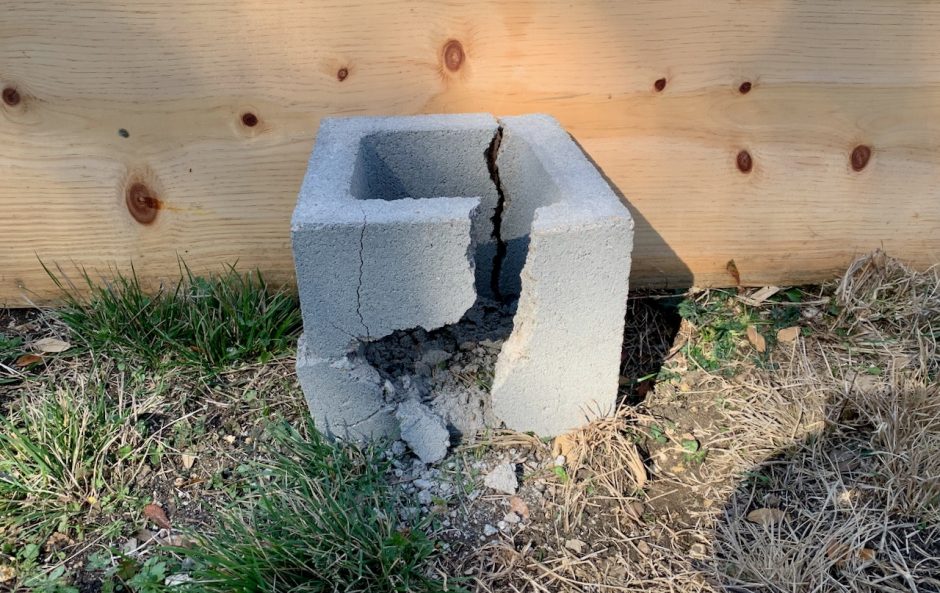 A .50 air rifle is uber cool.  This thing could be a legitimate home defense weapon for a person who is unable to own guns or who lives in an extremely restrictive legal environment.  Read Air power superiority if you are interested in learning about using air rifles for other survival purposes. 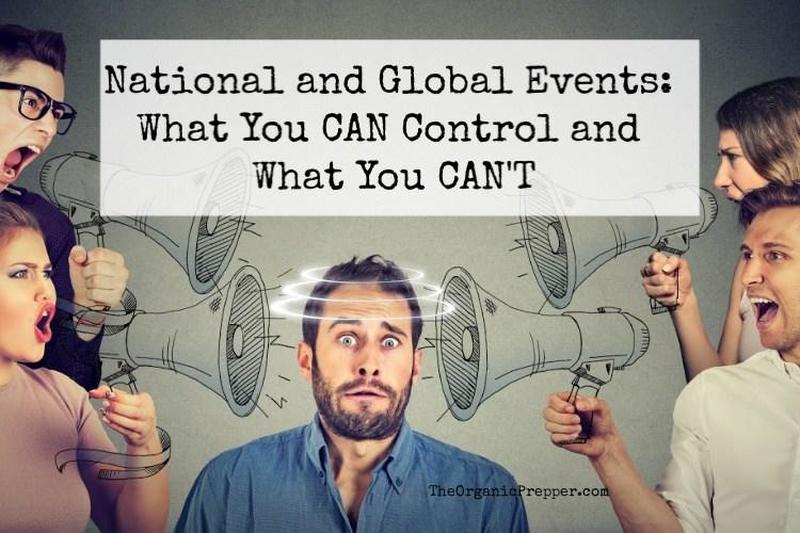 “Stop expending so much energy and emotion on the things you cannot control. Prepping should give you peace of mind, not a constant anxiety attack. Don’t let the barrage of terrifying headlines send you spiraling into fear. We don’t make good decisions when we’re fearful. Awareness and fear are two entirely different things.

They’re small. They are community-oriented at the largest and family-oriented at the smallest. Definitely pay attention to the world around you because you need to be aware of important signs and signals.

But focus your energy on your small circles. Change and enhance the things that are within your power.” 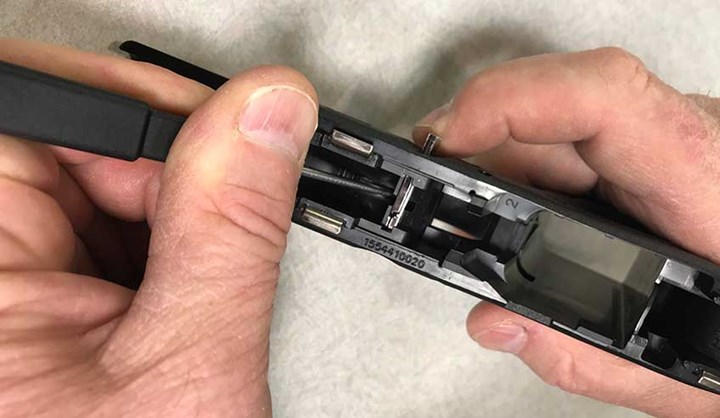 Continuing the series on Glock disassembly/assembly.  This one covers how to put the parts back into the frame.  The next installment covers slide reassembly.

Is a Pocket Gun Enough? 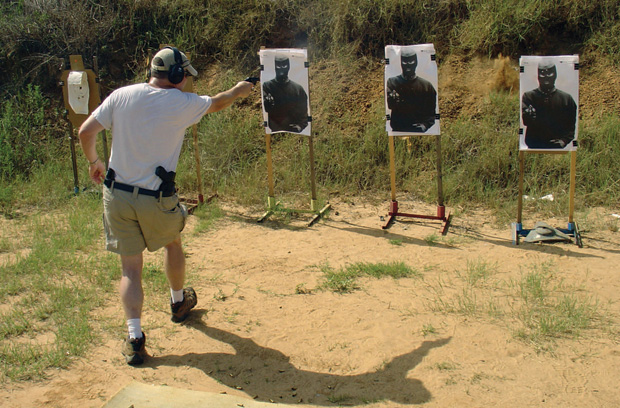 Karl Rehn discusses when a pocket gun may be enough, and when it may be lacking.  But more importantly, he describes what type of training you should be doing if you carry a pocket gun and what realistic outcomes you should expect.  On the same topic, Jeff Gonzales offers some sound reasoning in his piece titled The Problems With Small Self-Defense Guns. 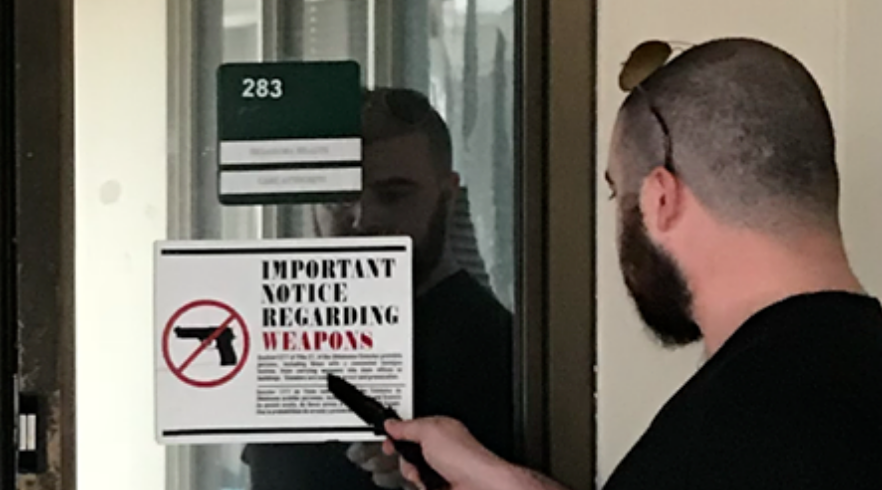 Master these concepts.  I predict we will all be encountering more “non-permissive environments” in the future.  You can also read my take on it in: 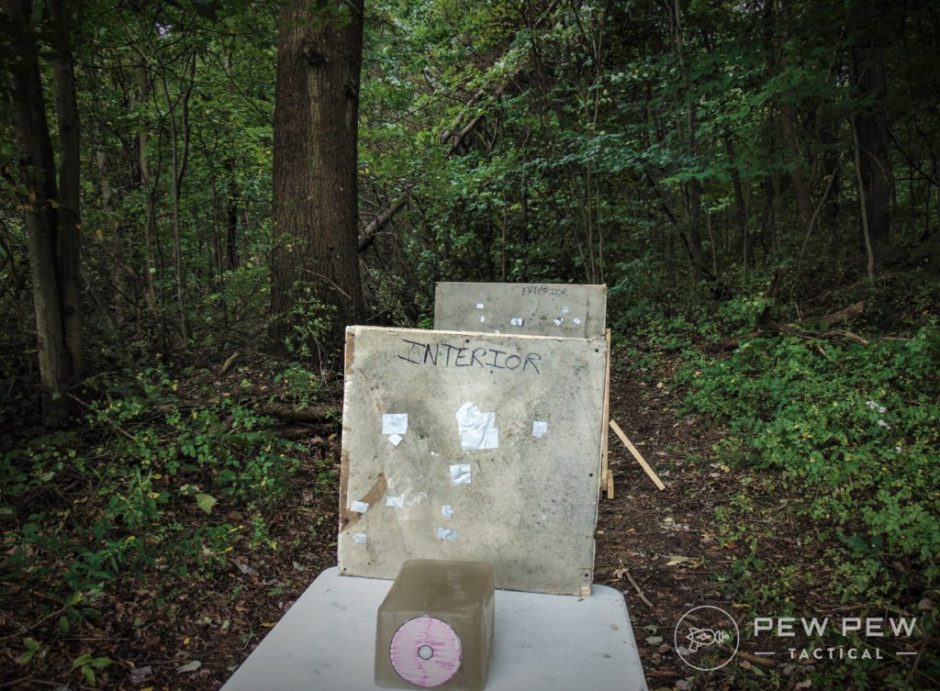 There is a lot of very valuable ballistic testing data in this article.  The author fired rounds through a block of ballistic gelatin.  He then placed a simulated interior wall and a simulated exterior wall behind the gelatin block.  He tracked how much penetration some common defensive rounds produced after going through the gel block.

I would not automatically dismiss any of the rounds he marks as a failure for overpenetration.  Just because a round penetrates those barriers does not mean that it is moving fast enough to harm someone on the other side.  A lot of the bullet’s energy is used up penetrating the barriers and it may not have the velocity to even penetrate skin on the other side.

Deep Work: Rules for Focused Success in a Distracted World 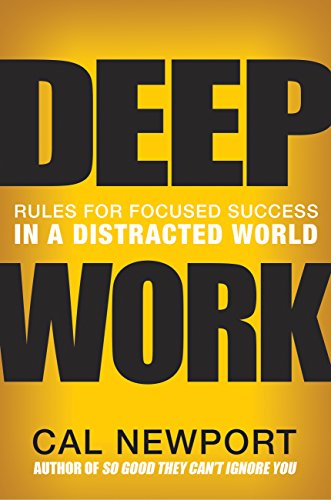 Trying to pick up any strategy I can to improve focus in this attention-fragmented world.

The Weed Wars in the West 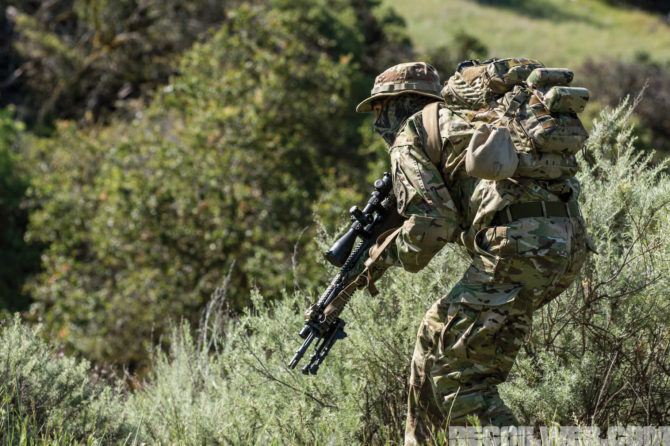 Read a bit about the massive environmental problem illegal Mexican drug cartel marijuana grow operations are causing in the state of California.  Eighty-nine percent of those grow operations use pesticides or insecticides that are banned in the USA and known to be harmful to humans.  This even affects states where cannabis has been legalized.  How do you know the weed you get from your dispensary isn’t tainted with some of these hazardous chemicals?

This adds another layer of complication to the already complex drug debate in our country.  If, after reading the article, you would like to learn more; listen to the author’s interview on the Joe Rogan podcast.

Very interesting thought exercise. What gun would you recommend to a brand new shooter for home protection if he/she only had $250 to spend? Dann’s recommendation of a Ruger 10/22 is a great choice. I wouldn’t feel under-gunned if I had one with a Ruger factory 25 round magazine and a red dot sight.

I’d also look at used Remington 870 or Mossberg 500 shotguns. Much more punishing to learn to shoot with, but incredibly effective weapons for home defense. 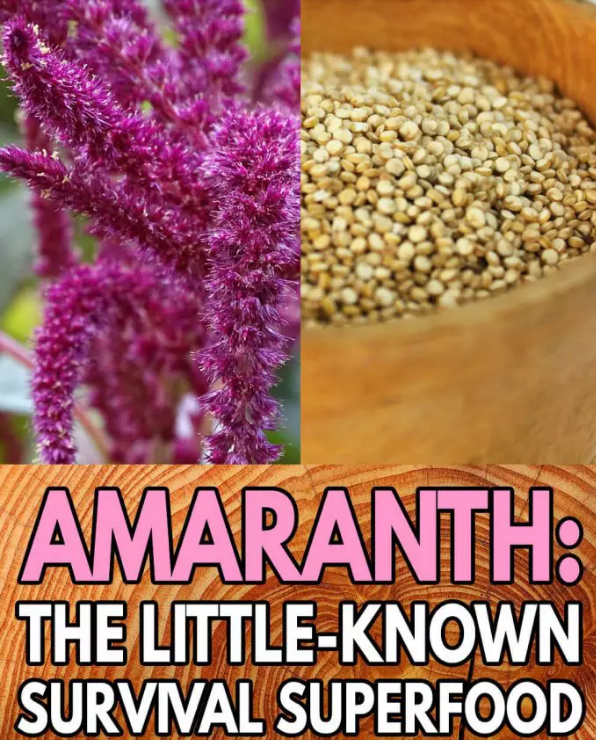 Farmers call this plant “pigweed.”  It has a lot of value in a survival situation.  Learn how to identify and use the plant.  You will find it in sunny areas with disturbed soil.

The History and Future of the Smith & Wesson Internal Lock 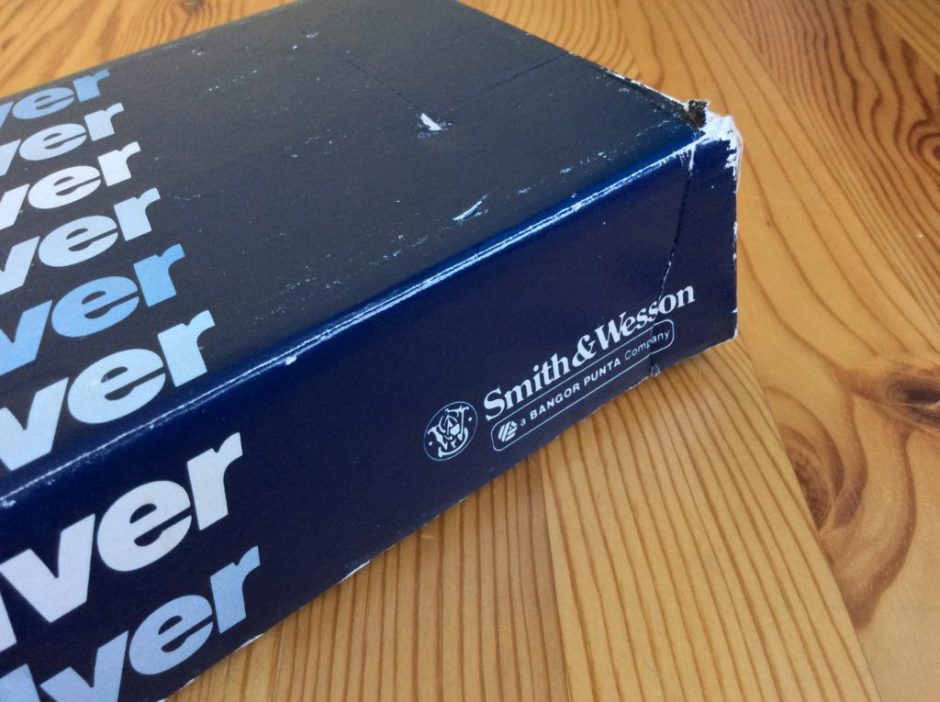 I learned a lot of facts I didn’t previously know while reading this article.  If you are a S&W revolver fan, you’ll enjoy this long form article.

The Drugging of the American Boy 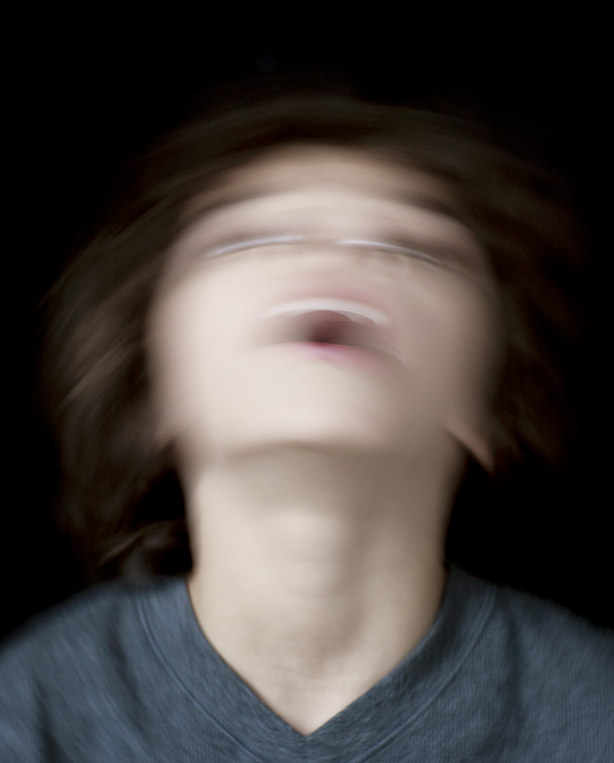 If you have children, you’ll want to read this superb article about the rampant ADHD diagnosis and drugging of American boys.  From the article:

“The researchers found that “boys who were born in December”—typically the youngest students in their class—”were 30 percent more likely to receive a diagnosis of ADHD than boys born in January,” who were a full year older. And “boys were 41 percent more likely to be given a prescription for a medication to treat ADHD if they were born in December than if they were born in January.” These findings suggest, of course, that an errant diagnosis can sometimes result from a developmental period that a boy can grow out of.”

Toxic Masculinity: Don’t knock it ’til you try it 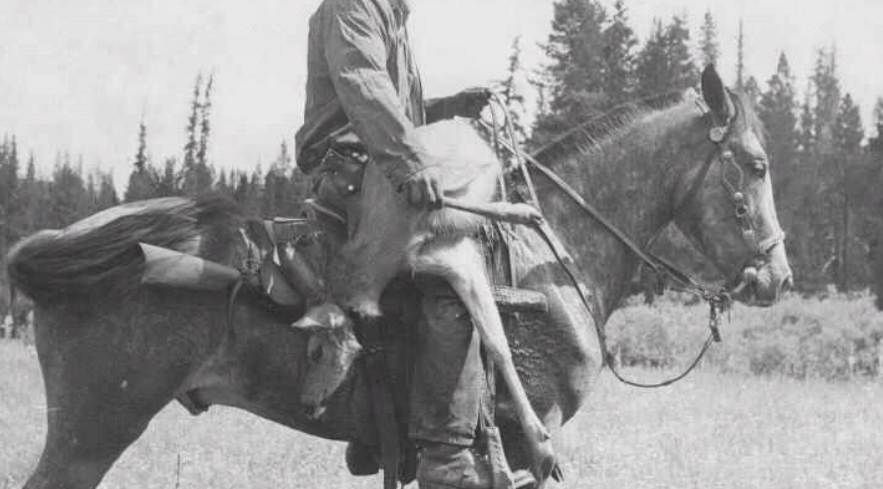 In a similar vein to the content I linked directly above, this article provides  genuine perspective on a massive problem.

“Let’s acknowledge that just because we’ve managed a society that’s posh enough that we don’t need continual violence, that it doesn’t mean we will never again NEED violence, or violent men.

We can turn a blind eye to history right now from the comfort of our living rooms and conditioned air while a fridge full of vegan options awaits our selection, but THAT IS NOT NORMAL.

That, to us, is toxic. It’s arrogant, apathetic, and unnatural to think that your lifestyle accommodation is more important than natural order.

“Natural” is struggle. Normal is a fight to survive. Normal is shutting up, doing what needs to be done, and not concerning yourself overmuch with feelings.

You aren’t as safe as you think just because you activated the secondary lock on your hotel room door.  The Mylar device he is using to open the doors costs $8.99  Link opens to Facebook video.

Hock brings up some very good points about the recent Texas church shooting.  The suspect should have never been allowed inside.  Church security teams:  Are you training your folks how to determine who can come in and who stays outside?  I recognize that as a church, you want to be as inclusive and accepting as possible.  In this case, being welcoming cost three people their lives.

You wouldn’t allow protesters with bullhorns to disturb your worship service.  Isn’t someone who is obviously dressed in a wig, fake beard, and trench coat equally disrupting?  Why allow him inside?

Pastor, We Have to Talk About Our Family provides some further insights into the problems associated with church security. 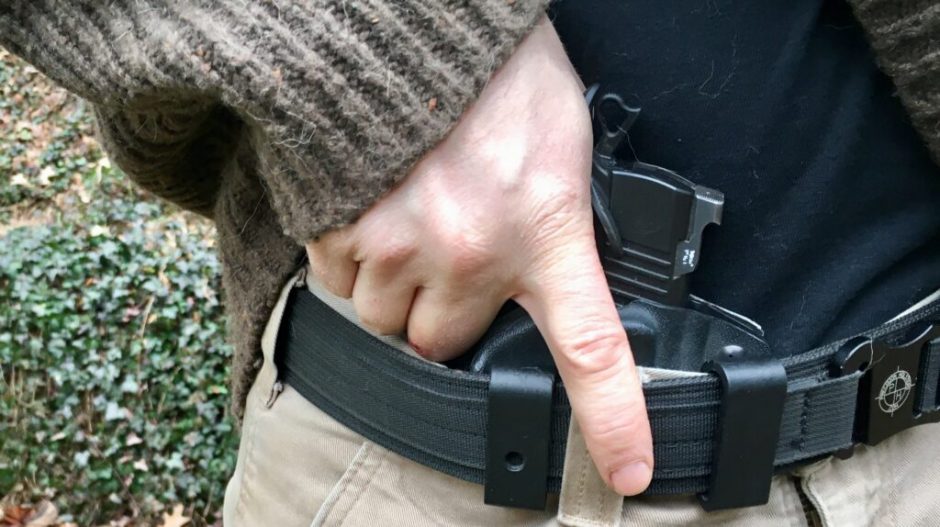 What happens when a competent shooter with lots of high-level training under his belt takes his state-mandated concealed carry class?  Read this two-part horror story.  The sad thing is that this is commonplace in our industry.  Your CCW instructor might have been good.  He might also have been like these clowns.

The scary part is that the average consumer is not educated enough to know the difference.  With fewer than 1% of CCW licensees taking additional firearms training, we have a lot of people carrying guns who are “trained” by people who are probably barely competent to carry a gun themselves.

Will Training Be Used Against Me in Court?

I occasionally get this question in some of my classes.  Here is an attorney specializing in firearms law discussing the question’s implications.

Studying the Links Between White Supremacist Terrorists and School Shooters 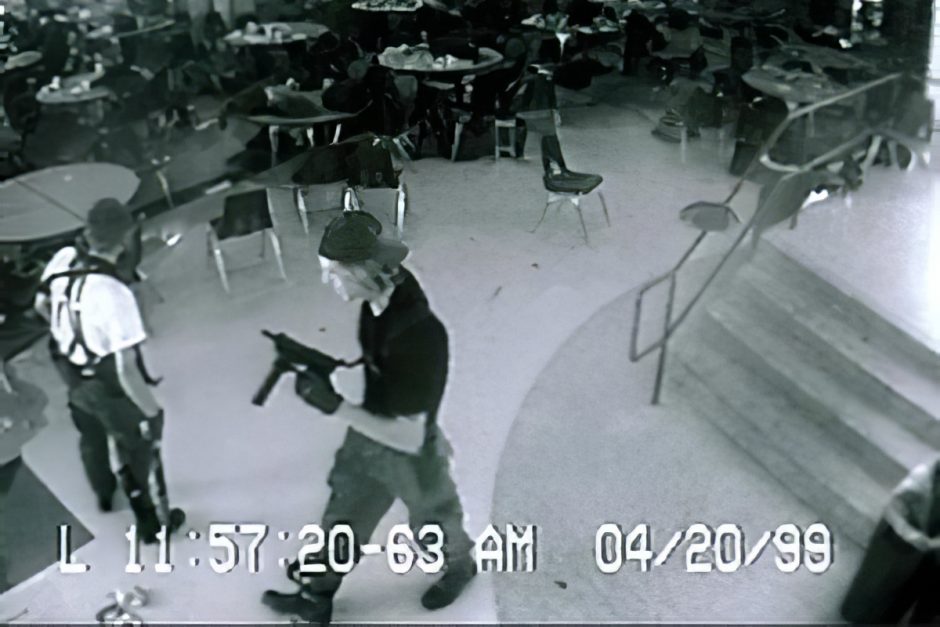 “Let’s remember that terrorism will always be a moving target. And so we can never afford to embrace a one-size-fits-all solution to fighting it.”

Along similar lines, check out Sam Harris’ article No Ordinary Violence.  It describes differing motivations offenders possess and discusses why we shouldn’t consider all killer the same. 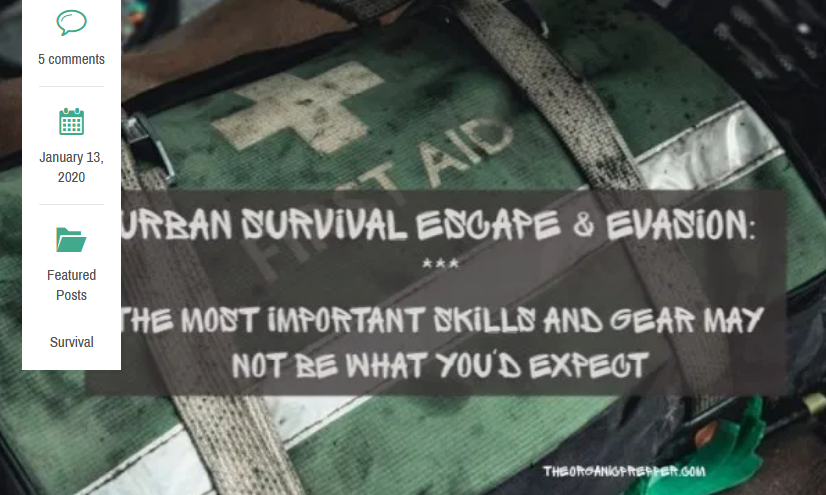 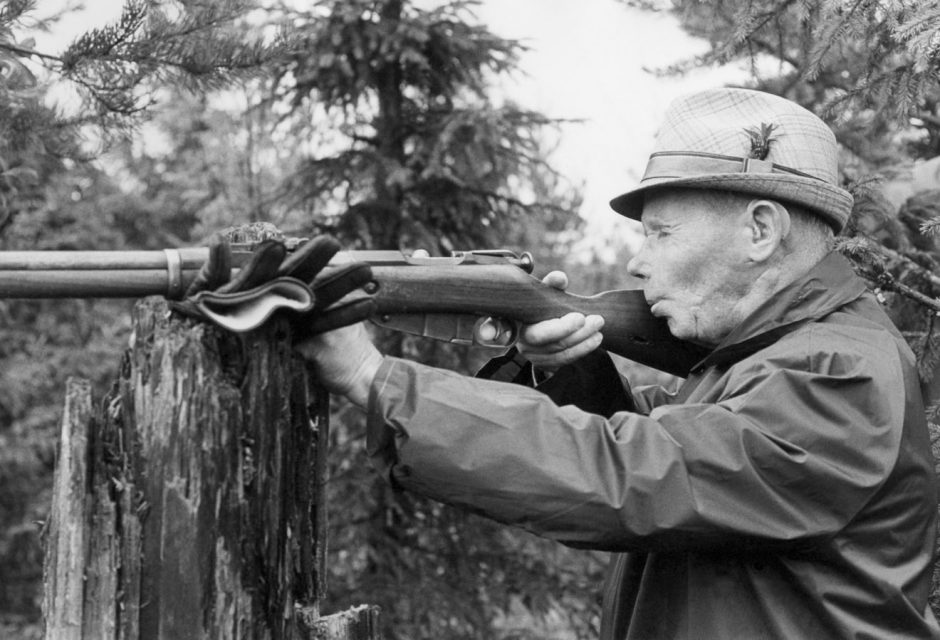 If you’ve never heard of Simo, get educated here. 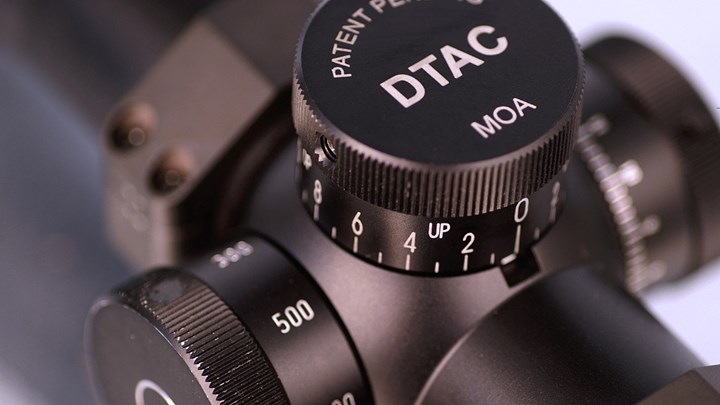 Speaking of long range marksmanship, many folks don’t yet understand the concept of “Minute of Angle.”  Here is a simple explanation.

Use of Deadly Force Instructor with Massad Ayoob and MAG in Phoenix, AZ 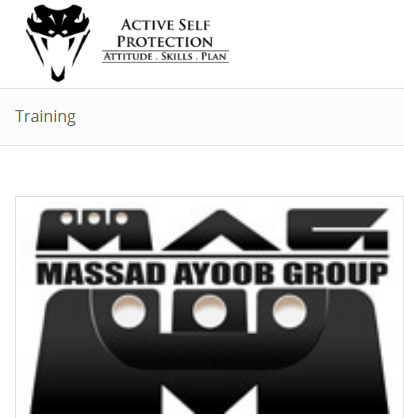 This is an excellent training opportunity for any of you who teach the self protection arts.  The class description:

Taught personally by Massad Ayoob, this one week 40+ hour course of instruction is offered by the Massad Ayoob Group in conjunction with The Firearms Academy of Seattle, Inc. to teach and certify self-defense firearms instructors in the complicated and nuanced discipline of teaching the legalities of use of deadly force in self-defense. Teaching how to shoot is the easy part. Much tougher is teaching people when and when not to use force, including deadly force, in self defense. In addition to learning what to teach and how to present it, students will also learn how to take their expertise to court, to both serve as a material witness for their students, and perhaps an expert witness in other self-defense court cases.Course content includes:

I have already registered (and paid full price) for the class.  These guys only teach this particular class a couple times a year.  Don’t pass this one up.  Someday Mas and Marty will be retired and you will regret not having attended one of their courses.

I hope to see some of you in Phoenix!