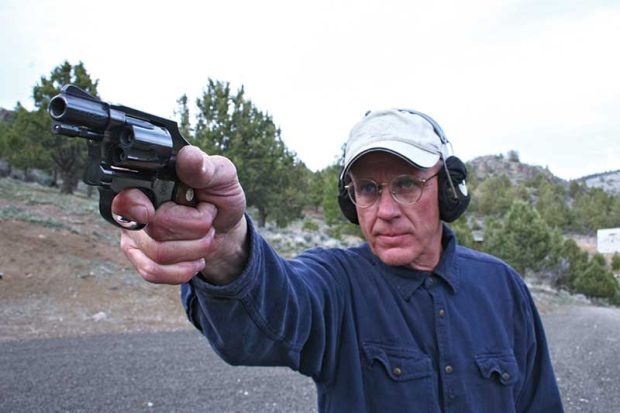 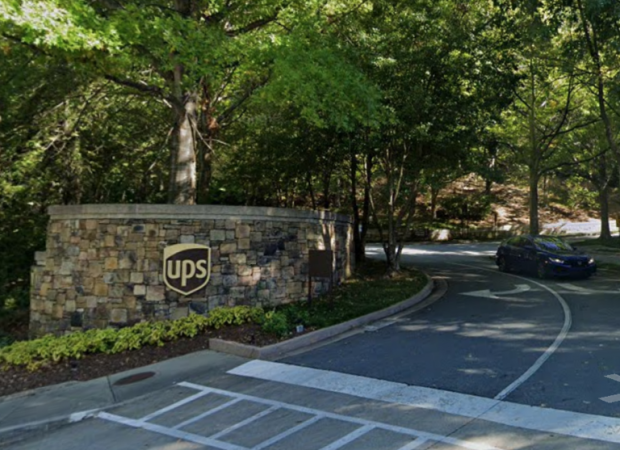 I personally think that actions like this are more hazardous to our gun rights than much of the legislation being considered.  When “woke” companies stop doing business with entities involving guns that will very negatively affect the American gun owner. 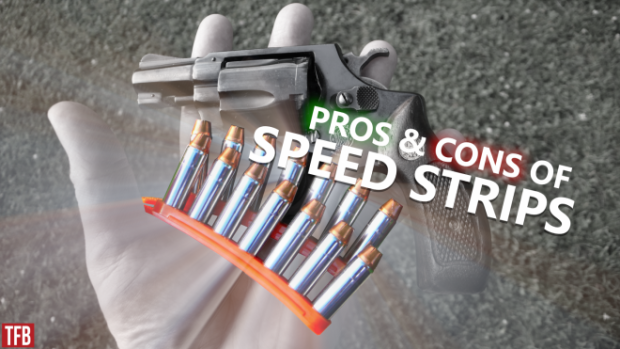 Revolver speed strips are certainly easy to carry.  I mostly look at them as ways to top off a depleted gun AFTER the gunfight rather than a speedy way to get my gun back and running again when I run out of ammo in the gunfight.  It’s simple math.  Most gunfights last three to five seconds.  How long does it take to reload a gun fully with speed strips?  Well practiced people will do it in five to six seconds.  See the problem? 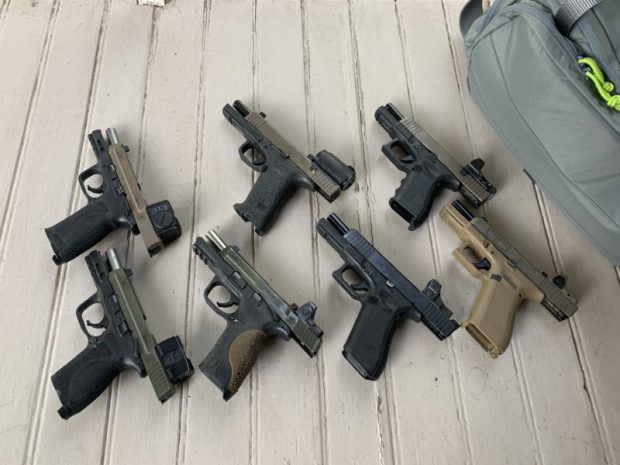 I’m a dinosaur who still uses iron sights, but this article well give you some options if you want to get into the red dot game.

Visual perception delay and its effect on shooting 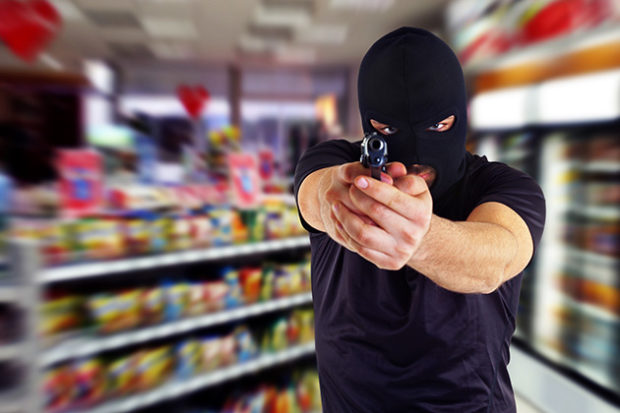 Very interesting article on visual perception delay and how it affects “late” shots.  useful information for both the gunfighter and the trainer. 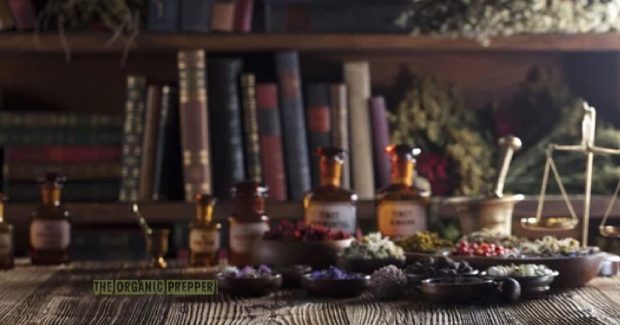 I’ve been into medicinal herbs for many years.  Lots of people ask me for book recommendations.  This is a good list.

Hardware Failures, Over-Penetration, and Other Shotgun Questions with Steve Fisher 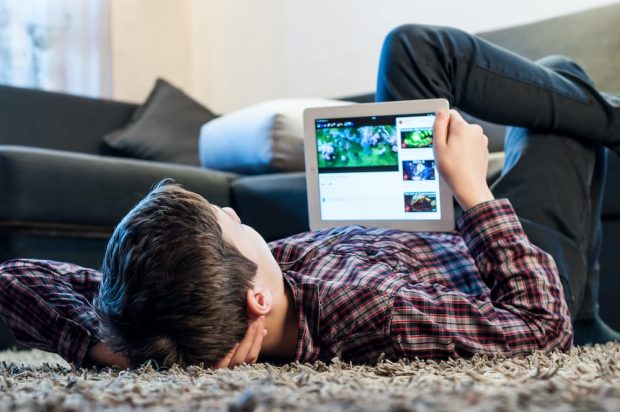 I’m betting that my readers might be at a slightly larger risk of getting a concussion than the average person.  For those of us who get hit in the head a lot, this research may help you get better quickly.

A Game Plan For Surviving An Arena Attack 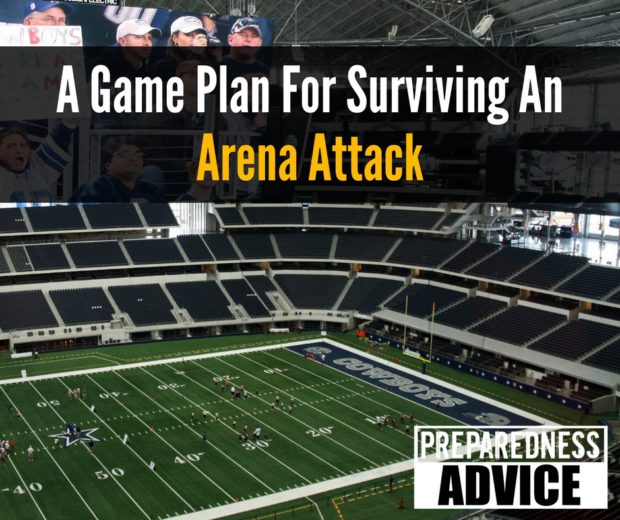 A few safety practices you may consider when attending large events. 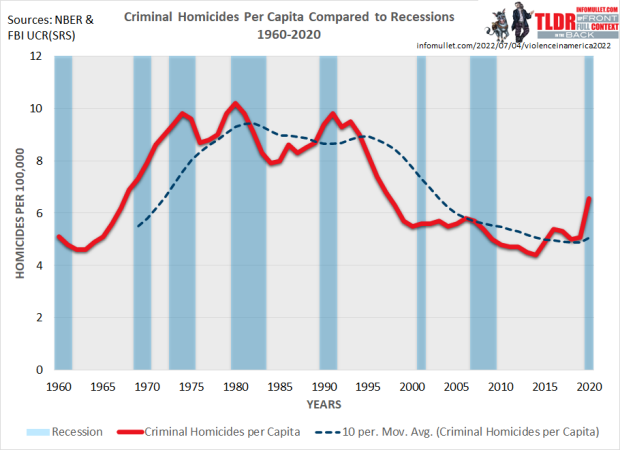 “The 2022 update on the historical patterns and current dynamics of violence in the United States. No policy arguments. Only data: 22 charts on 13 topics from credible sources. Includes notes on methods and sources. Bookmark the post and share the post, or individual charts from it, as may be useful in the coming year.” This looks like a decently performing round, but let’s be honest.  Is it that much better than ball?

How to be a World-Class Negotiator 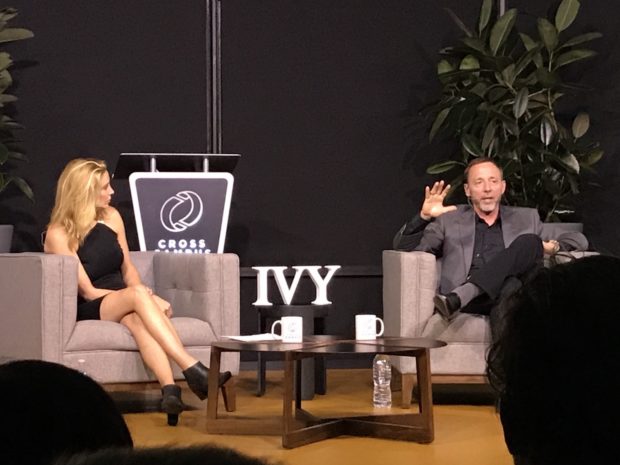 This may be useful information for many of you.  Voss’ book Never Split the Difference details some amazing communications strategies.

Always Prepare For The Worst When Fighting For Your Life

As my late friend Dr. William Aprill regularly said: “They are not the same as you.” 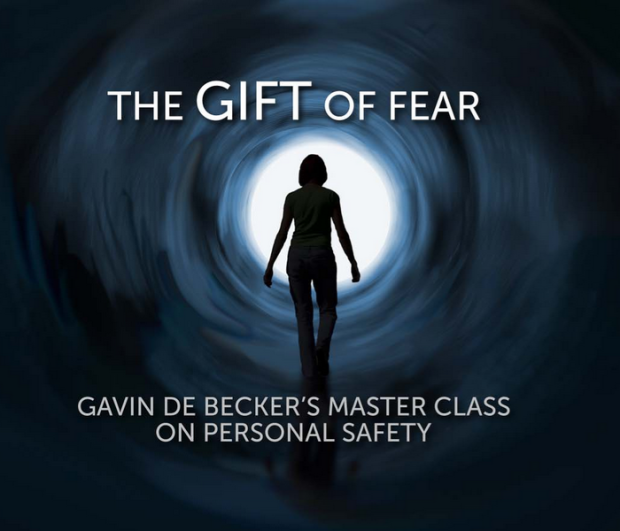 Some of you might find these free videos to be useful in your quest to become safer.

Some Shortcomings of Open Carry 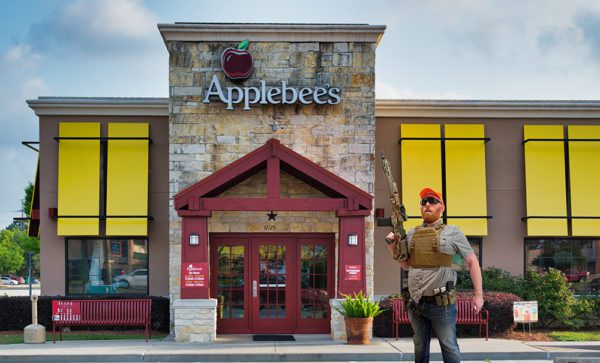 “Open carry is legal in my city. Open carry is your right in much of the country. For places where it isn’t, I think it should be. That being said, open carry is often a sign of incompetence, and I almost exclusively advise people against the practice. I’ve never seen anyone publicly open carry with good equipment, nor with any serious amount of awareness or training.” 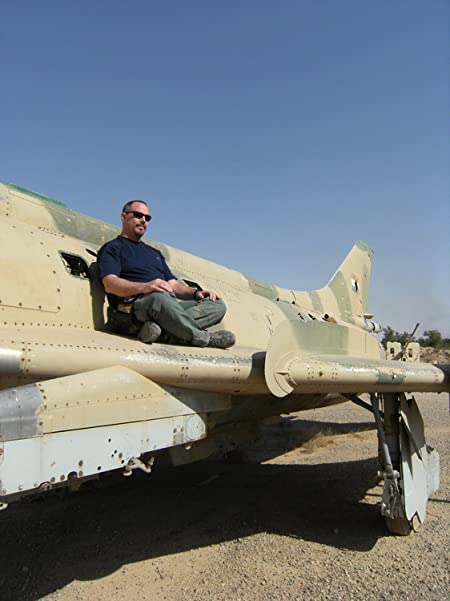 Rory Miller provides some excellent advice on the art of instruction.

Be Trained or Be Chained.

“You need to have a thorn.”

Being Mortal: Medicine and What Matters in the End 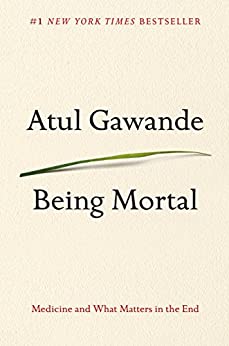 And on the same topic of mortality, I might commend this film to your attention.  The book Die Wise is one reference I keep out on my table and read almost daily.  It’s deep stuff, but very insightful about death and the human condition.  In this video. the book’s author reads a lot of his writing about death and dying to the accompaniment of a band.  It’s a little less dense than the book in this format.

I suggest watching/listening when alone, in a contemplative mood, and combined with a couple of your favorite adult beverages. 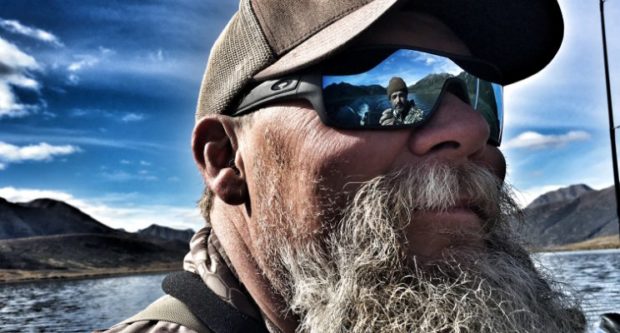 “Normalcy is relative. Normal for me is being surrounded by folks who are ready to do what needs to be done. They don’t stand by and watch other take care of business. This group is not considered a strange field of friends to me; this is my normal. Why would I want to hang out with people who don’t want to make things better by standing in the gap, protecting the innocent or seeking out and destroying those who deserve nothing better?

Abnormal, to me, is the man or woman who doesn’t have the skeletal structure to maintain vigilance and stand up against what is evil and wrong. Skulking from Starbucks to REI to get their caffeine and clothing fixes, updating social media to keep us all aware of what they think of Cecil the lion and how certain lives matter more than others- I haven’t the time for the carefree class, those who want to influence what I like to do and feel the need for safe spaces to stay segregated from spillers of free speech such as myself.”

A shooting drill for your smaller carry guns.

Talisman or tool against danger: how do you tell? 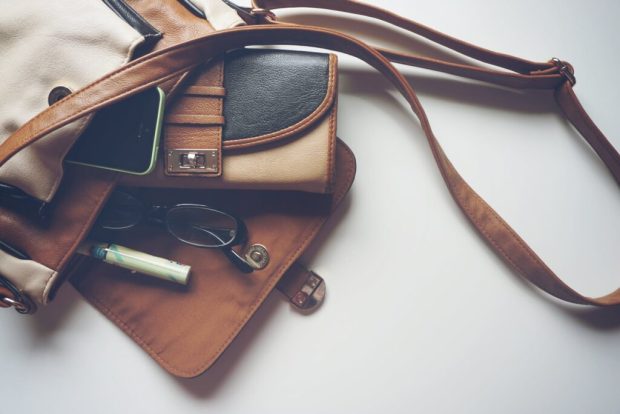 A lot of folks are carrying what essentially are lucky rabbits’ feet that look like guns, knives, and impact weapons.

You should also read Annette’s article How to tell if someone is a good guy or a bad guy. 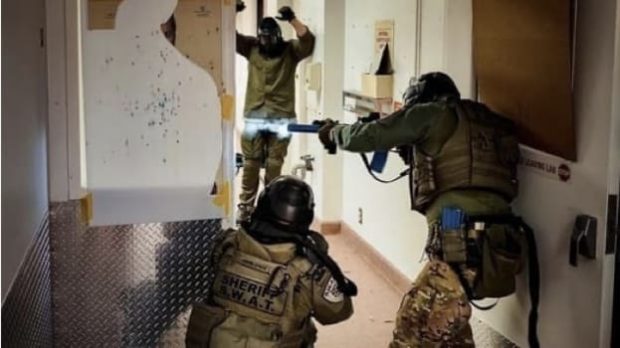 “Speed, surprise, and aggression will get you only so far if you fail to understand that these offensive principles need to be flexible and modulated at different times in different environments.”

How Much Cash Should You Keep In Your Home? 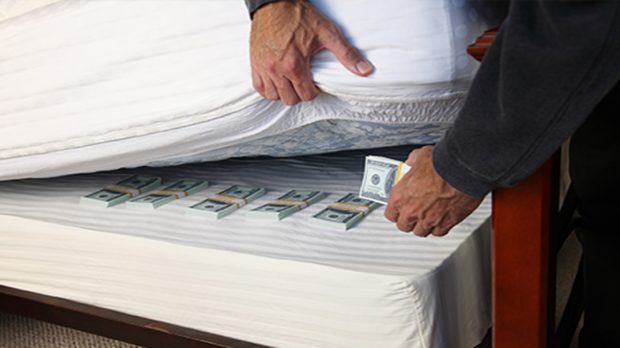 If the statistics are accurate, most Americans can’t come up with $500 to spend in an emergency without borrowing money.  For those folks, the idea of stashing a few thousand dollars at home isn’t even close to being a relativistic goal.  But if you are not the typical American, the article might prove useful.  I personally think having between one and three months of total monthly expenditures in cash at your home (well secured) is probably a smart option.

In the early 2000s when the KelTec P32 was first introduced, we all commonly saw this problem.  Sometimes its hard for me to remember that some current gun owners had not even been born when we figured out “rimlock” and that lots of people don’t have a 30+ year history of carrying and shooting a large variety of firearms.  Since the Keltec has been eclipsed by the smaller .380 guns, fewer people carry the .32s and folks forget about this problem.

For what it’s worth, I jumped on the KelTec craze when they were first introduced.  I had two different P32s and a P3AT.  While the .32 was more reliable than the .380, neither gun was ever a stalwart performer.  It’s rare that my officers back in the day would make it through the state’s then 50-round qualification course without at least one serious malfunction.  Almost all the serious gun guys I know dumped the KelTecs pretty quickly after experiencing reliability issues.  All three of mine went back to the factory for work before I eventually dumped them in favor of the Ruger LCP.

6 Ways to Turn Off a New Gun Owner 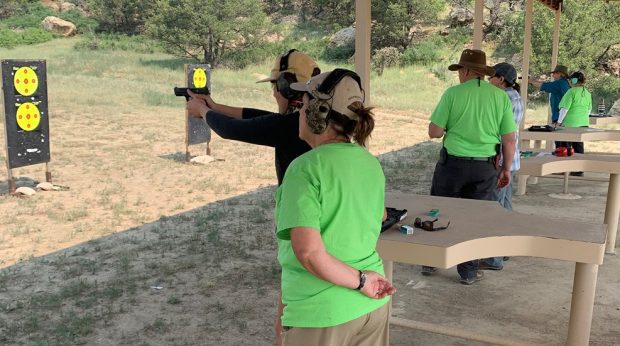 Don’t be these kind of instructors.

When One Is Enough