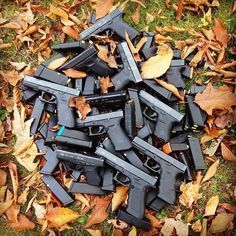 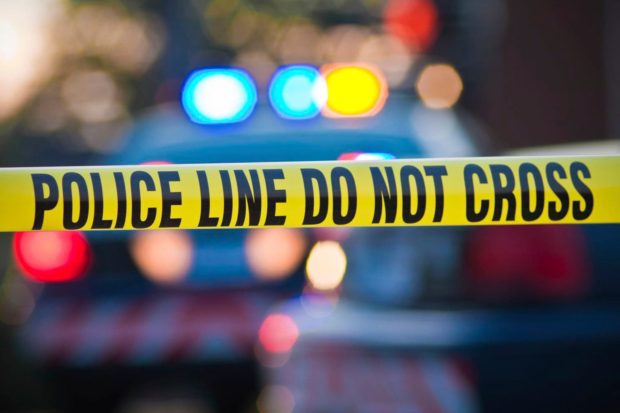 I’m not a fan of civil asset forfeiture.

What if you can’t get the ‘best’ ammunition?

I suspect there is a large population of people carrying Hornady Critical Defense ammo because “that’s what the gun store had in stock.” 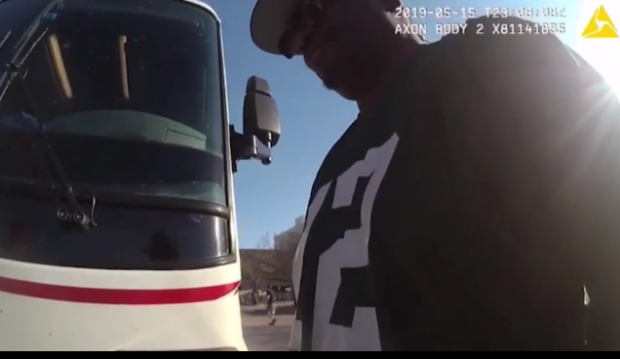 For my first responder friends…

We can’t allow this to happen.  We are reviving more and more overdose victims each year.  While the vast majority will not be armed, a few, like this guy may be packing a weapon.

Here is my advice.  Your overdosing patient will be unconscious.  It’s your responsibility to both assess the scene for safety and fully assess your patient.  With regards to scene safety, you should be looking for needles or drugs on or near the body.  You don’t want to have contact with either.  If during your scene evaluation, you find that your patient is armed, either back out or secure the weapon.

For my cop friends, I doubt that this patient/scene assessment wouldn’t even rise to the level of a “Terry” search and probably would not be judged by that criteria.  If you are worried about the legalities involved, simply don’t charge the person with a weapons violation.  In the worst case scenario, the evidence may be suppressed in the criminal case.  That’s far better than having people shot by the “victim” you just revived.

Die Wise: A Manifesto for Sanity and Soul 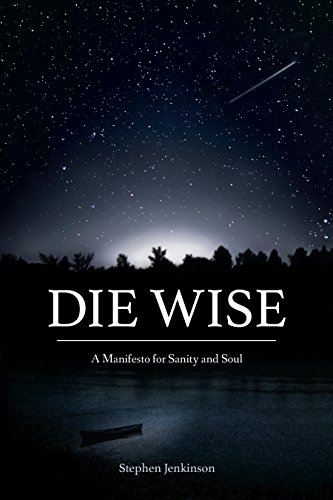 After hearing the author speak on a podcast interview, I had to read his books.  This guy operates at an intellectual level that I find hard to even comprehend.  He’s definitely one of the smartest people in the room and he has some ideas about death that mesh seamlessly with some of the Amazonian shamanic practices I’ve experienced.

If you are a part of the industry the author refers to as “the death trade” (anyone who deals with or cares for dying people) you need to read this book.  It changed my views on the subjects of death and dying.

Inside the mind of a mass killer 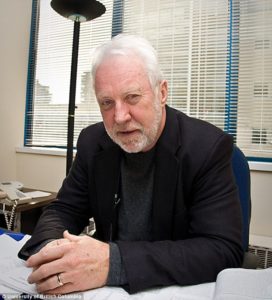 A fascinating study of some of the most infamous active killers.  It showed that paranoia and intense rage drove their actions, not the “bullying” that is commonly reported.  I’ve written many times that most of the killers I’ve studied were not bullied.  It’s nice to see people with letters behind their names coming to a similar conclusion.

“The researchers also dispelled another myth of mass murderers – that bullying plays a huge part in their development after finding no references to being teased by classmates or colleagues.” 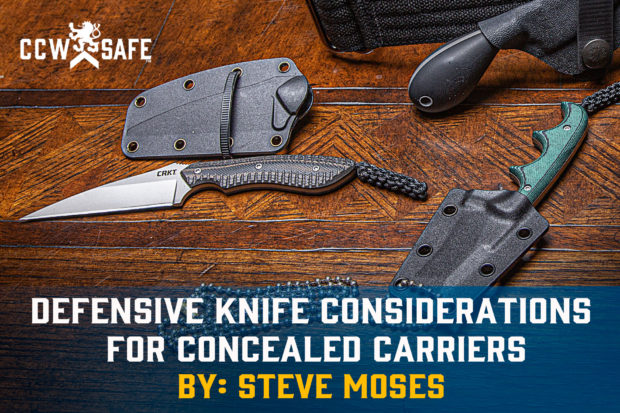 Steve Moses gives some concise advice about carrying a blade for self protection. 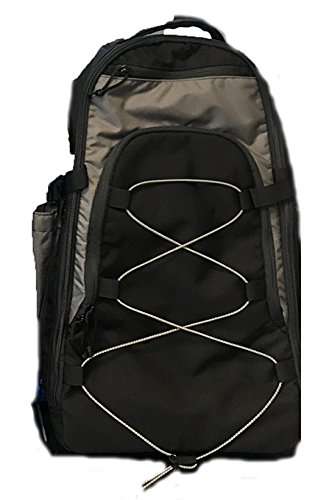 Steve Fisher has partnered with Tuff Products to produce an excellent “gray man” method of carrying an AR “pistol” or SBR with a folding stock.

My medic, instructor and outdoorsman friends will find this valuable.  Learn how to treat someone who is suffering from a heat illness.

You should also read their position paper on altitude illness.

Kyle Lamb explains an excellent drill for training target-to-target transitions with a rifle.  I use the same drill with a pistol and reduced steel silhouette targets as well.

Bill Blowers’ “All Hands” drill is another one you should try. 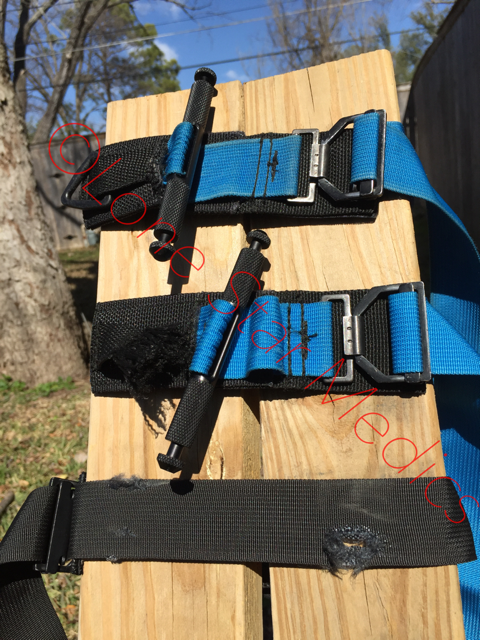 Caleb describes why you should not use your primary tourniquet for practice.

One exception might be the newly recommended TX-2 and TX-3 ratcheting tourniquets.  The ratcheting mechanism may not be as affected by wear as some of the windlass tightening products. 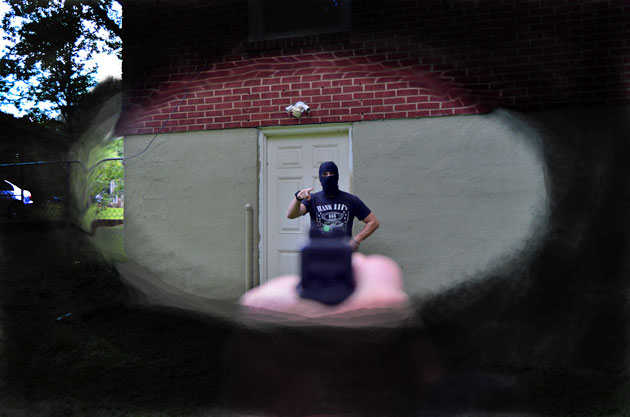 A very deep dive into the science of how the eyes function under stress.  The issue of sighted versus unsighted fire often comes up.  I think Dave Spaulding explained things most simply.  In his extremely large study of gunfight participants he found that people who had a couple seconds of preparation before the gunfight saw their sights much more often than those who were surprised by a spontaneous attack.

Merely asking someone if he/she saw sights in the gunfight doesn’t really give us a true account of what happened in the fight.  You may see your sights subconsciously.  How many of you remember hitting your brake pedal as you pulled into your work parking space today?  You obviously stopped your car, but you did it subconsciously out of repetition.  Shooting can be the same way.

I favor training to use the sights in most situations.  That builds proper kinesthetic gun positioning.  If you can’t see your sights or don’t have time to look at them, your proper body alignment will likely be good enough to get adequate hits at close range.

Past Masters Of The Double-Action Sixgun 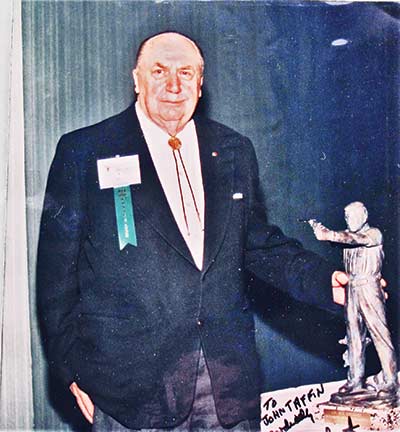 I believe I was fortunate to grow up in the days before the internet.  In the 1970s and 1980s, we had to get our information from books and magazines.  Such sources introduced me to the writings of these two men.  I’m sad to note that 95% of my current students have never heard of people like Applegate and Askins. 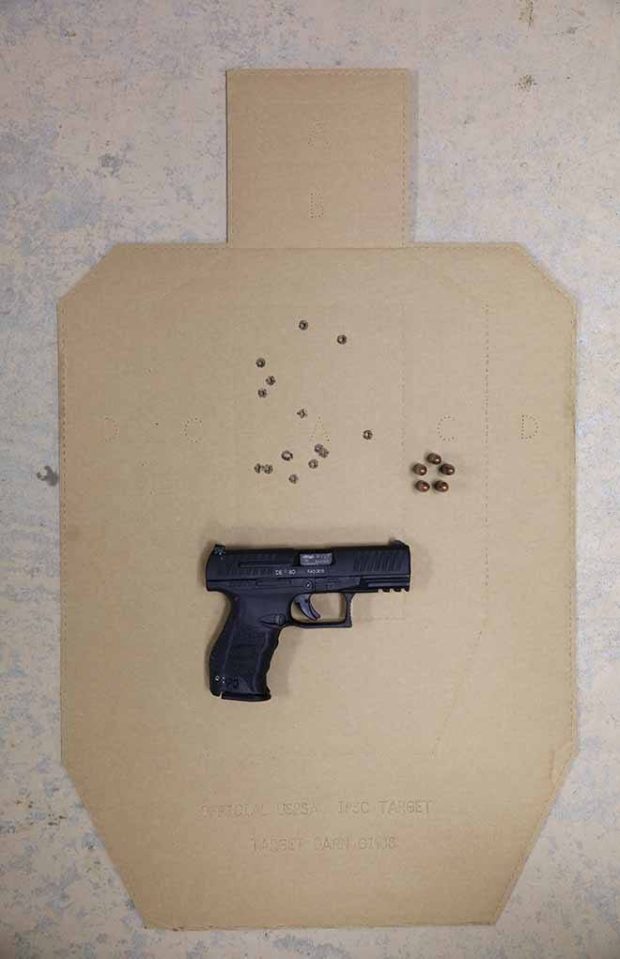 Cirillo’s weapon silhouette sighting system will work just fine at close range.  I don’t teach it because a well trained shooter can use his sights and get better hits  in the same situation with a minimal increase in time.

We lost one of the world’s best firearms instructors five years ago this week.  If you don’t know who Louis Awerbuck was, read this article to learn more.  His book Tactical Reality is a must-read for anyone practicing the art of self defense.

“All opinions are not created equal, and yours isn’t even close to being on the same level of the names constantly on your tongue when you talk down about those who are always working to reach perfection. With a Chris Kyle shirt on your back and a Punisher back plate on your Glock, you have the moral ineptitude to assume your experience qualifies you to churn out a diatribe about how gun fighting really goes and that (insert instructor here) doesn’t know shit.

It’s you who doesn’t know shit, and you will go from ignorant, to stupid at the drop of a hat to drive that point home. Like a self-fulfilling prophecy; a manifest destiny of Dunning-Kruger excellence, you are everything that is wrong with the shooting community and anyone who doesn’t make an attempt to at least show you that is wrong also.”

In my opinion, we are eventually likely to see ideas like this propagated in America as well.  There will be a time here when the classes I teach will be forbidden or “licensed” out of business.  We are in the golden age of training availability.  Maybe you should take a class while you still can.

Some less-damaging throw options that might be very useful for my police readers. 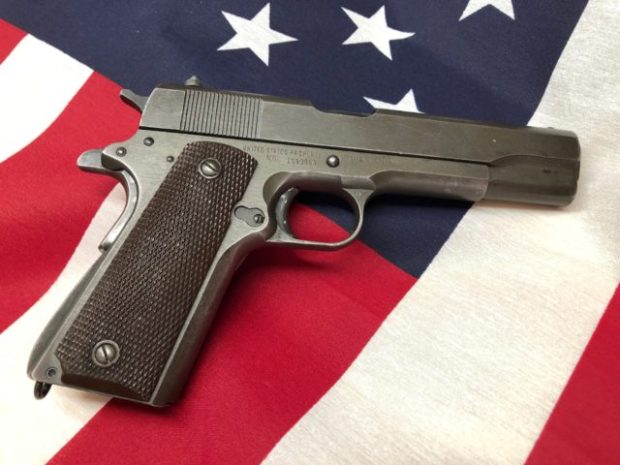 A good story from Michael Bane.

Multitasker Tools – A Pocket Toolbox for the AR-15 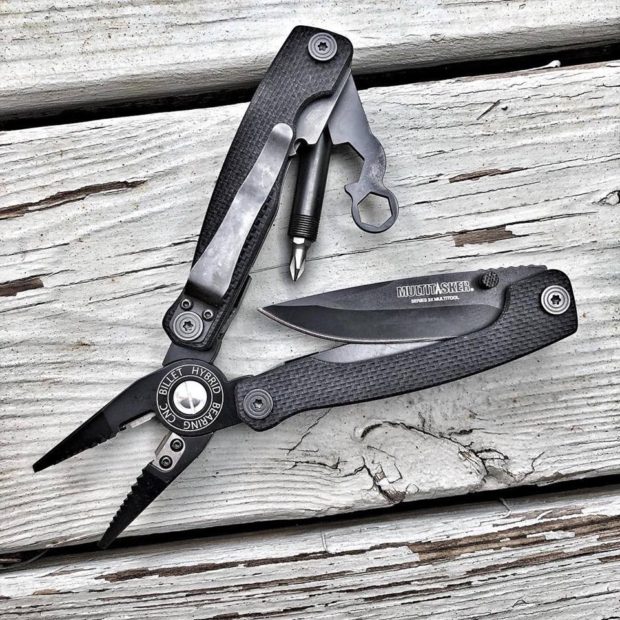 The Multi-Tasker is an amazing tool for you firearms instructors.  It’s a multi-tool, but it contains lots of gun specific tools that its competitors lack.  I have one that permanently resides in my range bag.  I can’t tell you how many students I’ve been able to help with this cool invention. 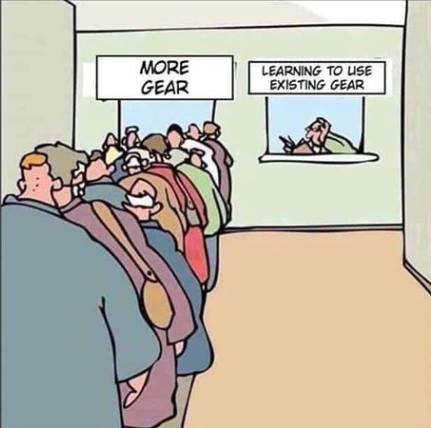 “In the firearms culture, we’ve developed this obsession with weapon capability instead of our personal capabilities.”

Off Duty Pays Attention But Does Not Act In Time

Merely having a gun is not enough to win all of the attacks you may encounter.

Yet another police officer criminally convicted (and rightfully so) for an on-duty shooting.

My cop friends need to realize that the “training” provided by their agencies has the primary purpose of shifting liability from the agency to the individual officer.

This officer was considered “trained” and “qualified” by his agency. How did that work out for him?

If you aren’t training on your own time, there’s a chance you will get thrown to the wolves as well.

“(The criminal psychopath)…is looking for a person who cannot conceptualize what they are.”

Why Glock? Recommended Modifications for a Fighting Gun

I agree with most of the author’s recommendations.  Read this article to learn what modifications are useful and which are harmful in the context of defensive handgun usage. 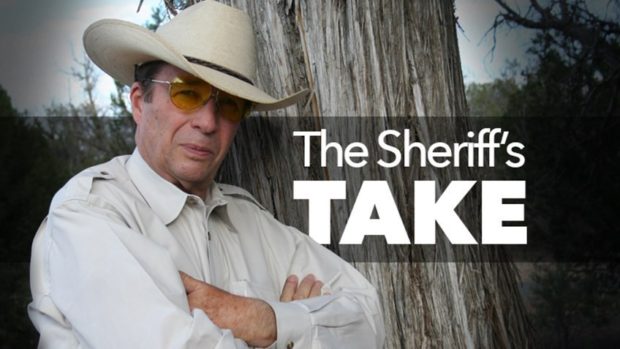 Don’t be in too big of a hurry holster your gun.  One of the biggest problems I see in my classes is that students hurriedly and vigorously shove their guns back into their holsters.  Barring a few law enforcement encounters, there are few good reasons to train a speedy reholster.

Slow down.  Take a breath.  Look the gun into the holster.  If you feel any resistance at all, stop and evaluate the conditions before attempting to force the gun into an ill-fitting holster.

These high quality and inexpensive radio sets are likely to become much more difficult to acquire in the future.  Buying a few of these would be cheap insurance should there be an environmental disaster or economic collapse that threatens our current communications abilities.  These would be great for close range communications with family members or between your hastily-formed “neighborhood watch” group after a crisis.

I have quite a few of these stockpiled for a rainy day.  Amazon has a five-pack of these radios on sale for less than $120.  That’s a very cheap insurance policy in the event of future nastiness.  Pick a few up today before they become illegal on September 30.

If you are in need of longer range communications (up to about two miles in optimal conditions), pick up a few of the same company’s UV82 radios.

20th Century Gangsters and the Guns They Made Famous 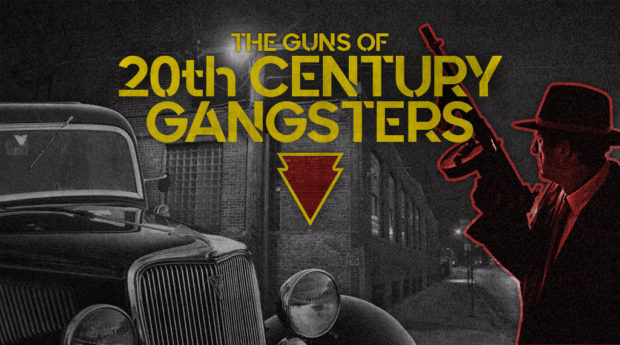 Unexpected favorite carry guns from some of the world’s most notorious gangsters in the 20th century.  Did you know that Capone favored a four inch model 10?  Or that Dillinger was carrying a .25 acp Colt 1908 pocket when he died? 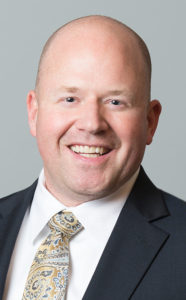 A very good interview from the ACLDN about how involving your attorney very early in your self defense case is beneficial.