If You Want to Succeed in Business, Read More Novels

As an avid reader, I loved this article.  I don’t read all that many novels in comparison to  non-fiction books, but now I have an excuse to read more!

“I’ve noticed for many years that executives I coach who only read non-fiction tend to be somewhat more two-dimensional in their perceptions of others and of situations; they seem to have fewer options to call upon when making decisions or solving problems.”

When Push Comes to Shotgun: Survival in the Suburbs, by Michael K.

There are some very inexpensive and ingenious home protection ideas in this well written article.

Let’s (Not) Get Physicals 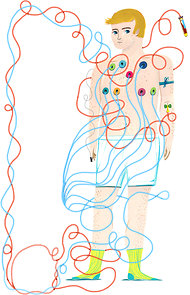 Are you still getting an annual physical? It’s time to rethink that practice. Medical evidence shows that it isn’t helpful and may harm some patients.  The doctor who wrote the article says it best “I have not gotten an annual physical since around the time I finished my medical training in 1989. I respect my doctors, but I see them only when I’m sick.”

What the Shoulders Say About Us

“Over my career I have interviewed a lot of criminals and I always made it a point to ask how they assessed their victims before they acted out. Over and over three things stood out, how their victims looked (frail, weak, not athletic), their overall situational awareness (never go after someone who sees you first), and their arm swing (vigorous arm movement or passive subdued). And so to a criminal, our own intra-species predators, as Robert Hare would call them, how the shoulders look is a key factor for those who seek to prey on us. As one psychopath said to me, and this was very telling, “silverbacks don’t go after silverbacks, they go after everything else.” Good point.”

My Shoulder Hurts: The Finest Whine 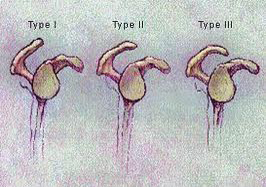 And speaking of shoulders…

Shoulder problems are the most common complaints I see with the people I train…especially CrossFit athletes and guys who bench press a lot. This is a great article about how to fix your shit.  Tony’s advice about doing 2-3 pulling sets for every pushing set alone should get most of you folks with injured shoulders back on track in a few months.

A good article about the relative merits and the downsides of the different frame materials in snub nosed revolvers.  The author likes the airweight version for general carry.  I agree.  I especially like the airweight K-frame snubs.  I have four guns with the airlight frames.  The author is correct.  Accuracy is significantly worse with those than with any of my other snubs. 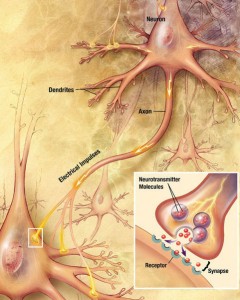 If you are a cop, EMT, or parent you NEED to educate yourself about bath salts. They aren’t used to scent bath water. “Bath salts” is  the term used to describe a family of drugs. Each is slightly different in its effects, but chemically they are all kind of like a mix between Methamphetamine and Ecstasy. It’s really bad stuff.

I’ve dealt with several people who were on bath salts or addicted to them. People go absolutely crazy on the stuff. Everyone I’ve dealt with on this stuff has been a complete nut case and a danger to everyone around.

Bath Salts is a fine white powder. It is snorted or mixed with water and injected under the skin with insulin needles. It is sold in a package about the size of a KoolAid package and costs around $50. The package will be professionally labeled as something like “Heavenly Soak”, “Super Plant Food” or “Hookah Cleaner”.  Be alert for it and be careful.  Handle it with gloves.  Parts of the skin on my fingers blistered and peeled off after just touching the outside of an opened bath salts package as I pulled it out of a prisoner’s pocket.