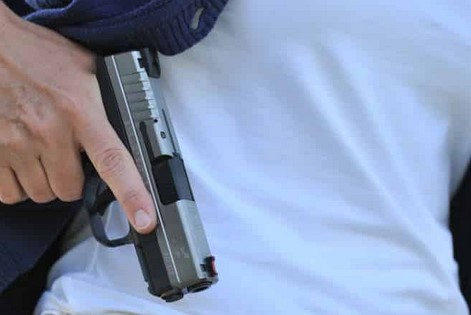 The Ammo Equation: How Much Ammo Do You Really Need? 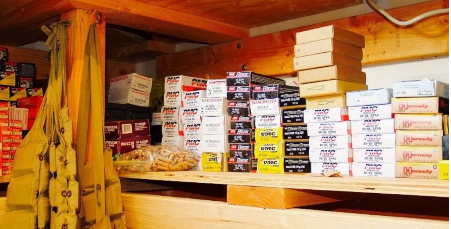 Those of us who have lived through ammo shortages in the past are not surprised that ammunition is getting harder to find and more expensive under these pandemic conditions.  You need an ammo stockpile.  Here is one opinion about how much you need for a basic stash.

In my opinion, ammo is only going to get more expensive and harder to acquire in the future.  I prefer to work towards the goal of having a lifetime of practice ammunition in storage. 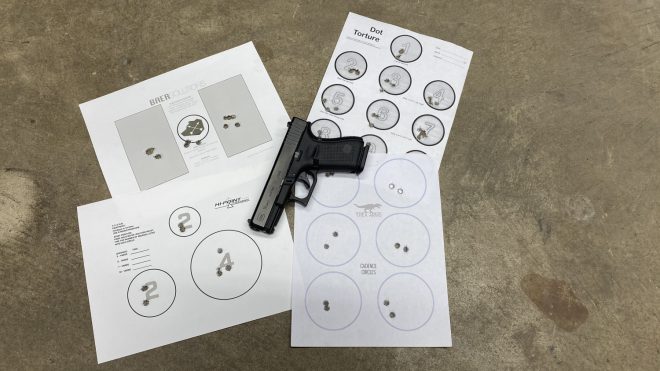 Four targets and associated drills that you can print at home and take to the range.  Want another drill?  Try the Hateful Eight.

You can find more printable targets at this Concealed Carry.com Link.

A historic look at some of the unique submachine guns fielded by the various countries involved in World War II.

See a multiple attacker situation that could be considered a deadly force incident due to disparity of force. 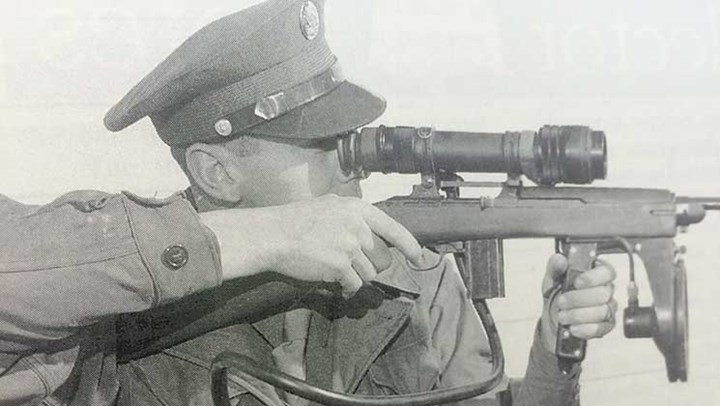 Interesting trivia about a fun little gun.  If you have one and want to make it more accurate, read Accurizing The Venerable M1 Carbine.

You may also enjoy Fighting with the M-1 Carbine.

When a Gun Is Not a Gun 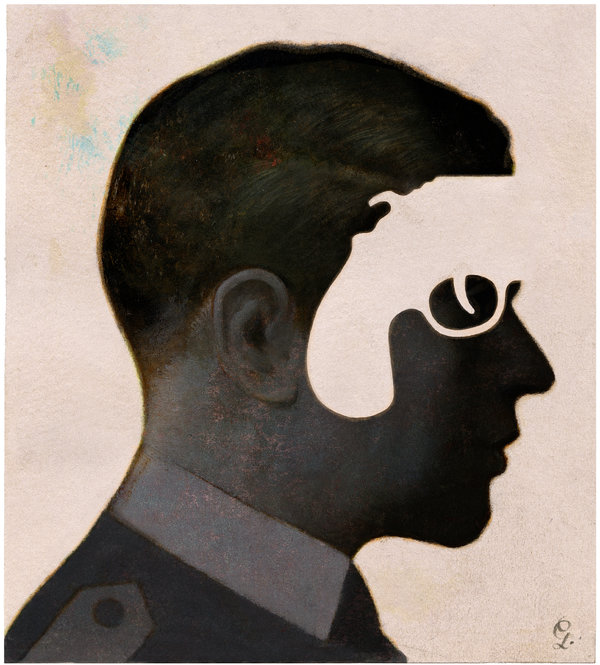 Fascinating information about the science behind mistaken identity shootings.  From the article:

“In a dangerous, high-pressure situation such as a possible crime scene, it’s conceivable that some police shooters actually see a weapon when none is present. Other research from our lab (done by Professor Wormwood in collaboration with the psychologist David DeSteno) supports this possibility. In a set of five studies published in 2010 in the Journal of Personality and Social Psychology, we asked test subjects to identify whether individuals were holding guns or harmless objects like wallets and cellphones. Our subjects reported more weapons when they were feeling angry, regardless of what the individuals were actually holding.

What we do know is that the brain is wired for prediction, and you predict most of the sights, sounds and other sensations in your life. You are, in large measure, the architect of your own experience.”

Why we test our equipment 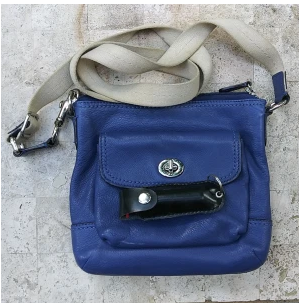 A stark example of the importance of regularly testing your lifesaving gear. 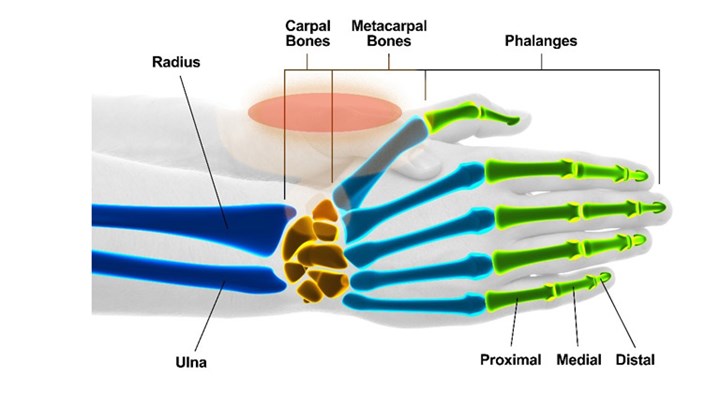 Great tips for those of you with aching hands. 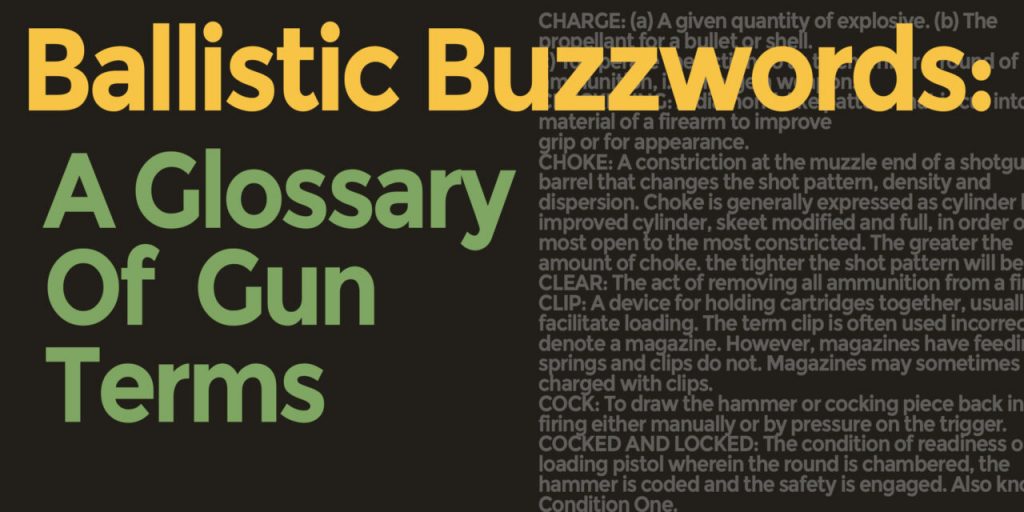 A useful reference for shooters and gun owners.  You may also like Shooting Terms You Should Know. 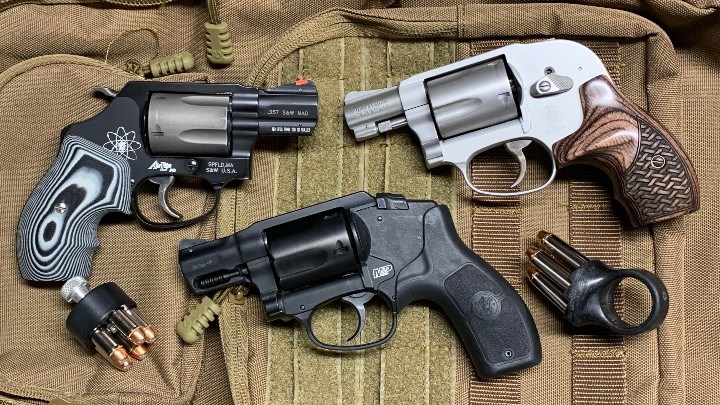 An explanation of the three different J-frame hammer options.  And while we are on the topic of J-frames, here is an article about one of my favorites, the Smith and Wesson 351 in .22 Magnum.

Practice the Draw Stroke(s): There Are More than One

Are you proficient in all of these different draws?

How to install a spring kit (trigger job) with Jerry Miculek

A quick and easy video about how to change the springs on your Smith and Wesson revolver to get a better trigger pull.  Always test fire your gun after changing springs.  Some are too light to reliably ignite the primers on defensive ammunition.

The Best Revolver in the World [2020 Update]

Lucky Gunner’s take on the world’s best revolver.  If I was considering the best smaller carry revolver, I might look at the old Colt Agent.

Articles like these are useful to read in order to imagine defensive situations you may not have considered.  Read these cases and come up with a plan about how you would either prevent or respond to each of them if you were thrust into the role of the victim. 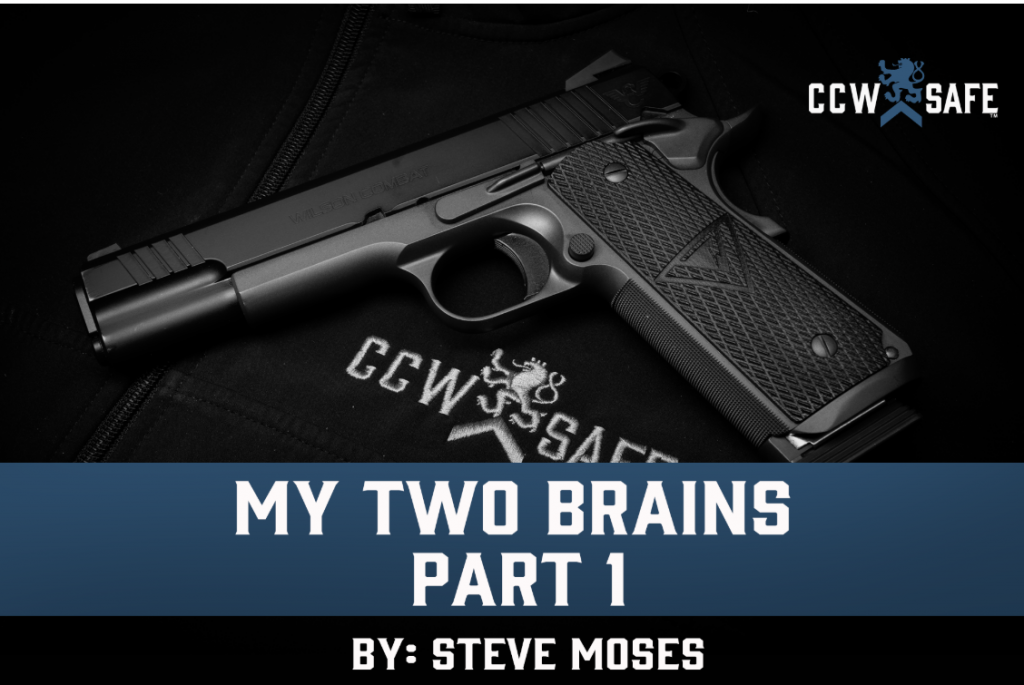 You should be paying close attention to anything John Hearne has to say. 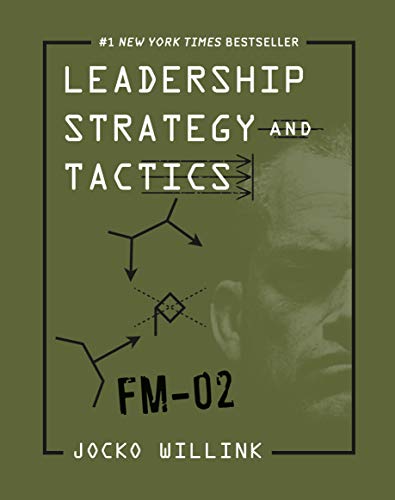 I’ve never been disappointed with anything Jocko has written.

Keyword Anti-Targeting: What to Know, What to Avoid, and Why You Shouldn’t Worry 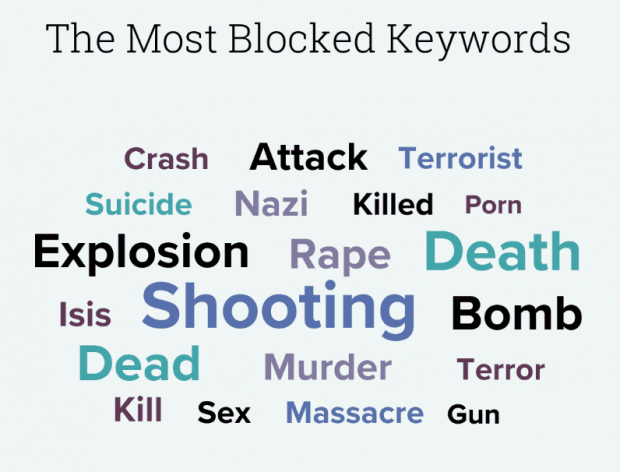 Why I think using paid subscription services (like Patreon and similar companies) is the way forward with niche bloggers in one of the “bad” industries. Check out this article and think about my site.

How many of those words are used in every single article on my site? Advertisers shun websites that regularly use the “forbidden words.” I use 16/20 of the worst words on a weekly basis in my articles.

The Importance of Situational Awareness 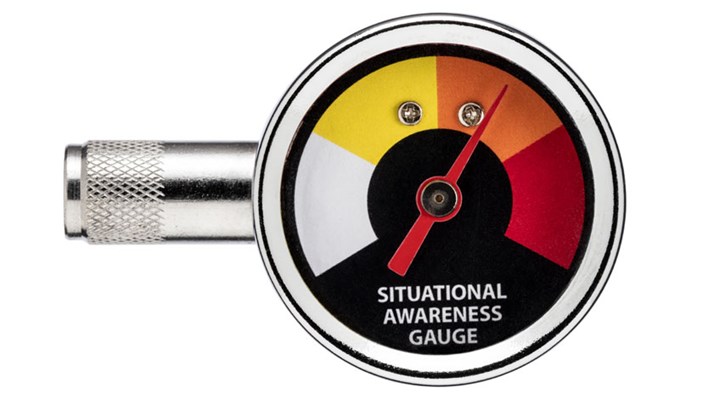 “It is critically important that, once a potential threat is spotted, we keep it under constant observation. This is not the time to watch a while and then go back to shopping, reading your book or that friendly conversation. We keep the potential threat in view until the threat leaves, we leave or the matter is otherwise resolved. Let me repeat—don’t take your eyes off of a potential threat.

In the meantime, you should be formulating a plan. Where is the nearest exit? Where is the nearest cover? If you are carrying things, it’s time to put them down and free your hands. It is also time to open whatever covering garments you might have on for freer access to your defensive firearm.” 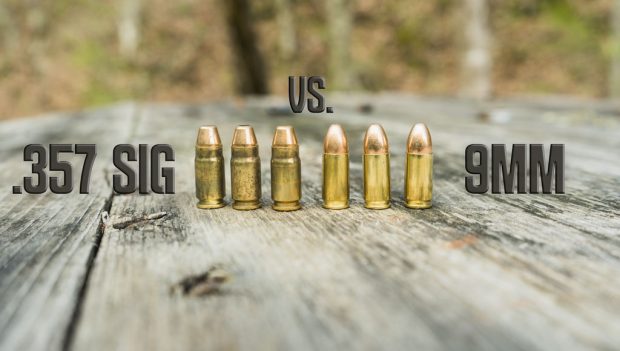 I agree with the author.  There’s no quicker way to teach a shooter to flinch than to shoot a long practice session with a .357 Sig. 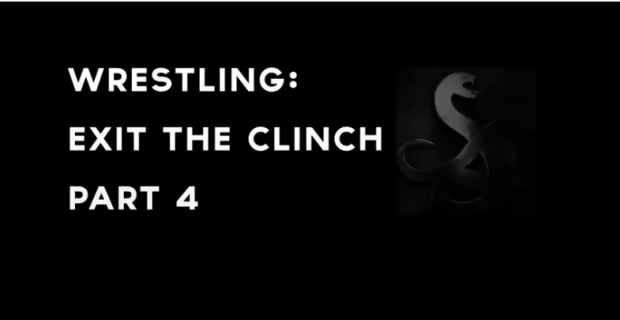 Last week I posted the first three videos Craig Douglas produced about fighting in the clinch.  Here is the next installment.  Craig covers some options for what to do if you cannot achieve a dominant position. 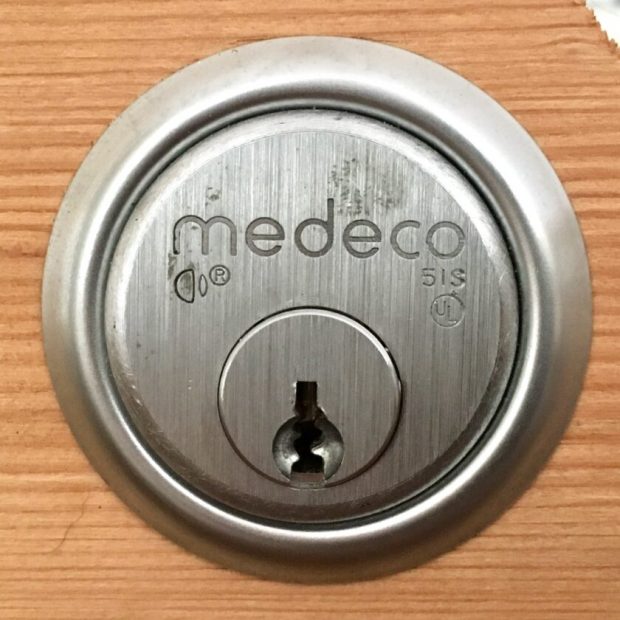 A quality discussion about higher-end locks for your residence. 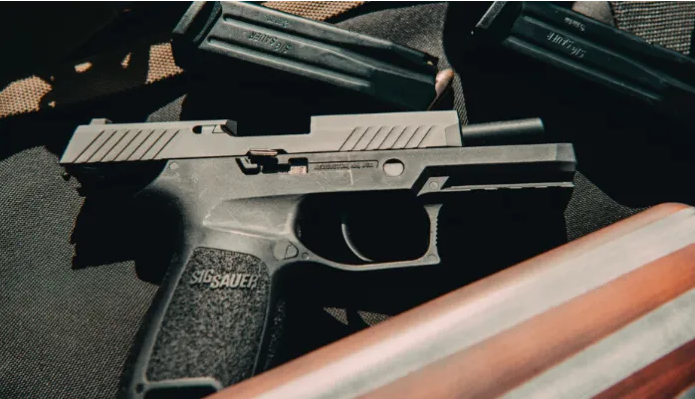 A quantitative analysis of how the demographics for gun ownership are quickly changing.  Gun Culture 2.0 is already here.

My friends at concealedcarry.com have a medical quiz to assess your trauma medical knowledge. Take the test. At the end, you’ll get the answers and see how you did. If you don’t know most of the answers, I’d submit that you need to take a medical class before your next gun school. 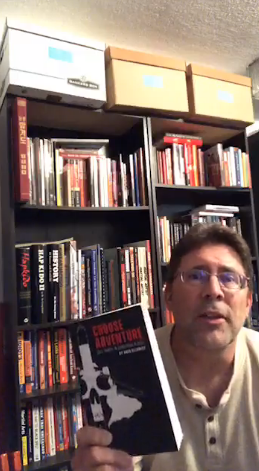 Thanks to security and school safety expert Alain Burrese for talking about my new travel book (opens to Facebook video).  If you haven’t seen the book yet, you can pick up a copy at Amazon.