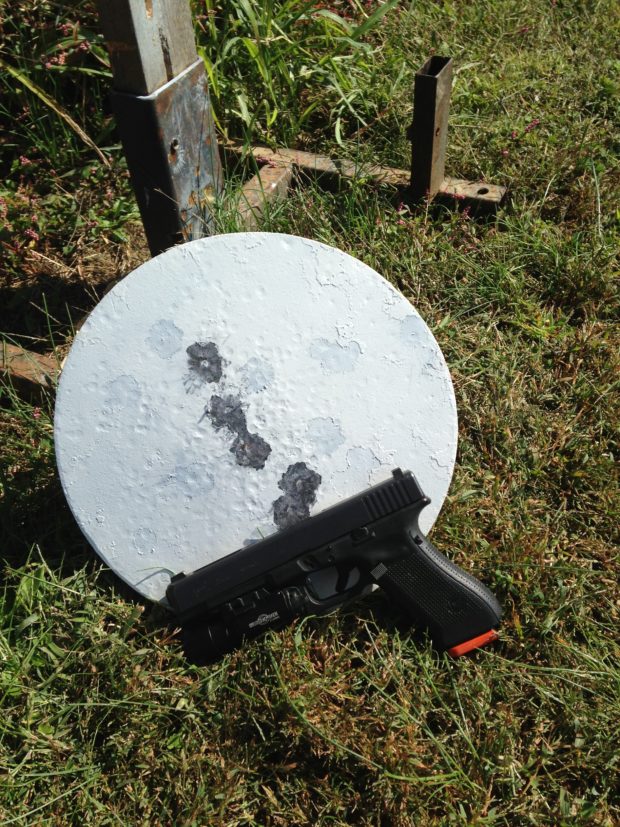 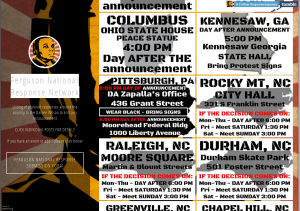 The grand jury decision from the Ferguson, Missouri police shooting is due out any time…most likely next week.  This is a comprehensive listing of the planned protests in the event that Officer Wilson isn’t indicted.  Look at the list.  Stay away from all of these areas.  I believe the chance for violence is very high at all of them.

A Slight Twist On The AK Reload

The late, great Paul Gomez showed me this technique for reloading an AK-47 and I’ve used it ever since.  Pay attention to the fine points here.  You can screw yourself if you hit the old mag with the wrong part of the new mag.

Careful With Your Carrots: A Case In Point 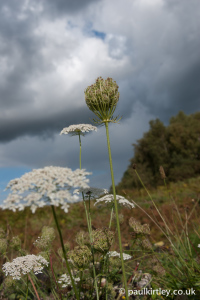 Did you know that the commonly-seen Queen Anne’s Lace flower is actually a wild carrot?  It’s a good bit of knowledge to know for the zombie apocalypse.  The only problem is that the foliage of the edible Queen Anne’s Lace is very similar to the poisonous Hemlock plant.  Here’s how to tell the two apart.

A sound primer on clearing pistol malfunctions.  This is a skill that many of my students need to work on.  Malfunction clearance procedures should be a reflexive act.  There won’t be a range master in your gunfight standing by at the ready to fix your gun when it pukes. 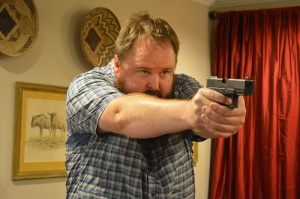 Caleb Causey from Lone Star Medics writes a great article about integrating medicals skills into your dryfire practice.  Once you get that mastered, integrate them into your force on force training.  Once the force-on-force drill objectives have been completed, treat all of the Simunitions or airsoft “wounds” with your medical gear.

The Temple Index – Real World vs the Range 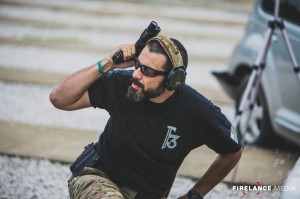 I’ve been playing with this technique.  The more I use it, the more I like it.  Being a bigger guy, I’ve always had some difficulties quickly exiting the driver’s seat of a car with a pistol in my hand.  Moving with the gun at chest ready or in the #2 draw position sometimes means that I strike the gun on the steering wheel.  I have practiced going over the steering wheel with the gun, but that technique has always seemed slow and kind of artificial.

For getting out of cars without muzzling yourself or others, I think the technique has some real utility, especially for bigger guys.  For running flat out with long guns, muzzle up is definitely the way to go.  If you haven’t given any thought to alternate “safe” muzzle directions, you probably should.  The only real downside that I have found to the “temple index” is that I occasionally knock my earphones off.  Don’t do that.

For some more information on this topic, check out this video from James Yeager and Steve Fisher.  The “temple index” is discussed starting around the 2:00 mark. 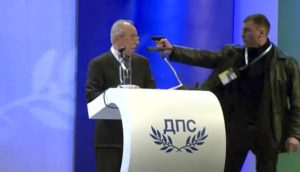 I discuss this concept extensively in my Extreme Close Quarters shooting classes.  Students drill it for many dozens of repetitions.  Grabbing a gun, deflecting the muzzle, and/or being able to take it away from the criminal is a critical skill to acquire.  If the criminal fires the gun while you are holding the slide, you will not be injured assuming that no part of your hand is in front of the muzzle.  The author is generally correct in that a revolver cylinder grab will prevent it from firing…as long as it isn’t cocked.  There is one way to fire a revolver if the cylinder is grabbed.  We cover that technique (how to do it and how to prevent it) in my class as well.  Learn these skills!

How to use a Rifle Sling

Some basics about different types of rifle slings and how to use them.

Massad Ayoob’s Tips and Tactics for Staying Alert and Aware 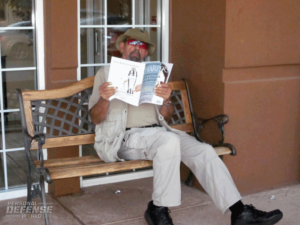 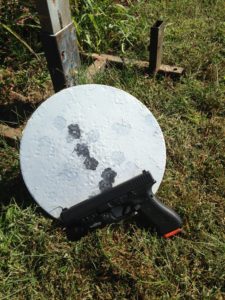 “…does your choice of equipment (within reason with a concealable handgun) change with the thought of a distance oriented problem that will have to be solved?  Does this thought process bear the fruits of carrying a larger gun?  Does it bear the fruits of looking at carrying a gun with adjustable sights that can be zeroed properly?  Or are irons zeroed close enough at 25 yards sufficient?  And the biggie…..do I have the trigger control to exploit a properly zeroed pistol?

Again, this is merely an academic “what if” as too many variables exist to say “YES THIS IS HOW TO DO IT” for a properly trained shooter, with the proper mindset.

I really believe it is a conversation worth having.” 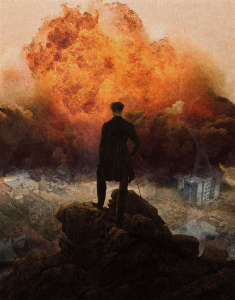 “This idea that we are all each other’s shepherds, that we are all responsible for the happiness of all humankind, is paralyzing nonsense. At best, it keeps men busy arguing about things over which they have almost no control. At worst it makes men vulnerable to all sorts of manipulation by people who have already decided that they are disposable rubes–like naive retirees giving away their savings to charity grifters or high-living evangelists. Men end up giving away everything worth having to people who are ideologically incapable of even acknowledging their sacrifice.

I’m not encouraging people to stop caring about anyone, I’m encouraging them to stop trying to care about everyone. If you say you love everyone, you don’t really love anyone. Love is a choice, a discriminatory act.” 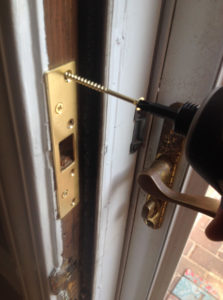 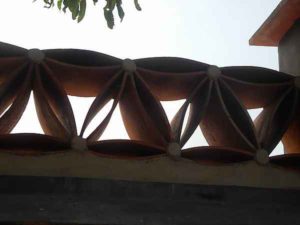 I don’t know what relevance this has for the modern world, but it is a very cool idea nonetheless. 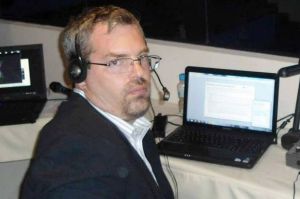 The first is that “negotiating” with armed robbers (or any other criminals, for that matter) is not likely to be a successful strategy.  They simply don’t have the same mindset that you or I might have.  Your efforts to “negotiate” may be viewed as a threat by the criminals.

The second is that being large in size can be both useful and detrimental in dealing with criminals.  If a guy is exceptionally large or muscular, many criminals would pass him by and target a weaker victim.  That’s a good thing.  But the downside is that a large man may appear more threatening to an armed criminal.  That same large man will get shot quicker, even if he isn’t trying to resist. From the article:

Bar owner Fumihiro Yoshima said he believed the gunman may have panicked because he felt threatened by 6ft 2inch tall Jason, who also worked as a language consultant.

He said: “I think the robber shot him because he felt scared at how tall and strong he was.”

Perception is reality when it comes to dealing with criminals.  Be aware of the messages you may be sending.

The Truth About Mass Public Shootings 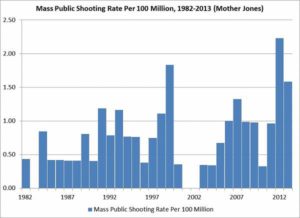 Research on mass shootings is often contradictory because of the varying definitions for the crime that are used in  each study.  It’s rare that studies are actually ever looking at the same events.  Here is some more confounding information.  The reported “rise” in mass shootings may be merely the result of under reporting of the shootings in past years.

The consequences of cooperation 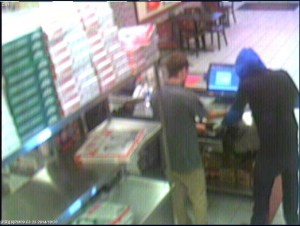 Tim at Gun Nuts Media writes a compelling argument for avoiding cooperation as a survival strategy when attacked by a criminal. 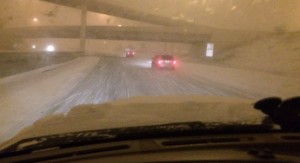 Paul Carlson from Safety Solutions Academy writes an informative article on winter driving tips.  Read it. You are statistically far more likely to die in a car crash than a gunfight.

Some deeper questions and topics that most of the prepper community has yet to consider. 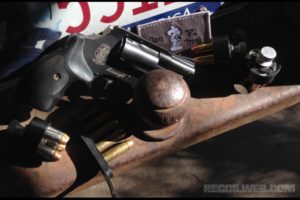 Ed Lovette is a good friend.  This is the last class he will be teaching before retirement.  If you want to learn how to run a snubby revolver from a true legend who carried a snub daily as a CIA officer in some of the worst third world countries imaginable, here is your chance.  I’ll be attending the class and I hope to see some of you there.