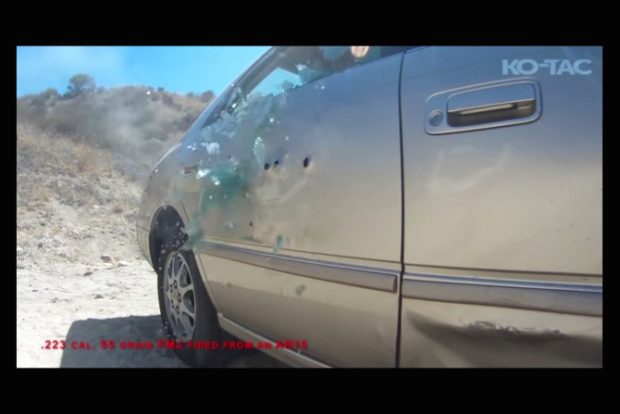 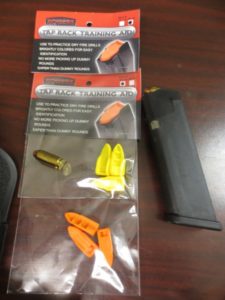 This might be a useful piece of gear to pick up if you do a lot of dryfire work with semi-auto pistols. 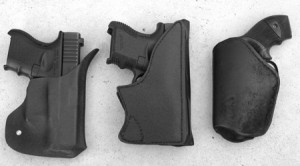 Massad Ayoob shares some thoughts on pocket carry.  This article was taken from Mas’ excellent book The Gun Digest Book of Concealed Carry.  Check it out if you are looking for some good reading material. 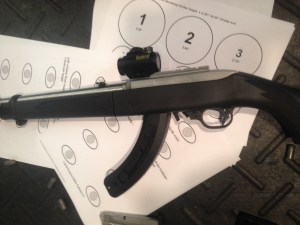 A thorough examination of the issues around using a .22 rifle for home defense.  Part two discusses how the author’s personal rifle is set up. 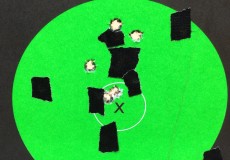 I agree with Jeff here:

“The bottom line is if all you do is practice a test, you get good at that test. Just don’t mistake that for being a good gunfighter. I think we should all have fun, but don’t paint yourself into a corner. Get out there and practice as many different drills and “tests” as possible. It’s a great way to push yourself and a great way to learn. There are certainly bench marks out there, for instance a 4-mile timed run. Back in the day they were ran at about a 7:00 pace. That is a great benchmark, but it didn’t really measure my ability to sprint 400m, which was far more applicable. So, I got really good at running distance, but my sprints took major hits.

There is certainly something to be said about being really good at a benchmark, but being well rounded is far more beneficial when you don’t know the “test” you face on the streets.” 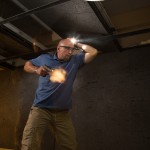 Some well-articulated thoughts on shooting with a flashlight from Mike Seeklander. 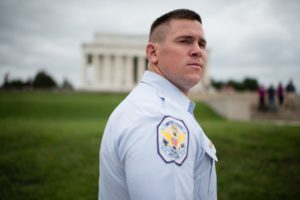 An interview with one of the officers who fired the shots that killed the Navy Yard active shooter last year.  Pay attention to his description of the chaos of the event, the fire alarms impeding their ability to track the killer and the fact that the killer targeted responding officers by listening for their radio traffic.  Lots of lessons to learn here if you are a first responder (either armed citizen or cop) to such an event.

Wasp spray for self defense? This myth just won’t die! 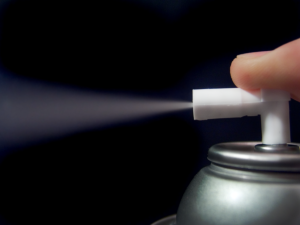 Grant Cunningham breaks down all the reasons why wasp spray is NOT a good self defense tool.  Just because some idiot on the network news recommends it, doesn’t mean that it works.  If you want good pepper spray, pick up some Sabre Red or Fox Labs OC sprays and read my article on how to use them.

Orlov hits it out of the park with this one, describing the common force that is diminishing both government and corporate organizations…”organizational stupidity.”

“in hierarchical organizations structured around a chain of command, intelligence is subtractive. The lowest grunts or peons are expected to carry out orders unquestioningly. Their critical faculties are 100% impaired; if not, they are subjected to disciplinary action. The supreme chief executive officer may be of moderately impaired intelligence, since it is indicative of a significant character flaw to want such a job in the first place. (Kurt Vonnegut put it best: “Only nut cases want to be president.”) But beyond that, the supreme leader must act in such a way as to keep the grunts and peons in line, resulting in further intellectual impairment, which is compounded across all of the intervening ranks, with each link in the chain of command contributing a bit of its own stupidity to the organizational stupidity stack.”

“Functional stupidity is organizationally-supported lack of reflexivity, substantive reasoning, and justification (my italics). It entails a refusal to use intellectual resources outside a narrow and “safe” terrain. It can provide a sense of certainty that allows organizations to function smoothly. This can save the organization and its members from the frictions provoked by doubt and reflection. Functional stupidity contributes to maintaining and strengthening organizational order. It can also motivate people, help them to cultivate their careers, and subordinate them to socially acceptable forms of management and leadership. Such positive outcomes can further reinforce functional stupidity.”

“Functional stupidity is self-reinforcing. Stupidity self-management, reinforced using the four managerial techniques listed above, produces a fragile, blinkered sort of certainty. By refusing to look in certain directions, people are able to pretend that what is there does not exist. But reality tends to intrude on their field of perception sooner or later, and then the reaction is to retreat into functional stupidity even further: those who can ignore reality the longest are rewarded and promoted, setting an example for others.

It isn’t the fact that the police have rifles and MRAPS that cause problems with the populace.  The core of the issue isn’t “militarization” it is this functional and organizational stupidity that Orlov speaks about.  Every police department I’ve ever worked with is “functionally stupid.”  And none of them are doing anything to get organizationally smarter.

Take cover? Shooting at – and through – vehicles 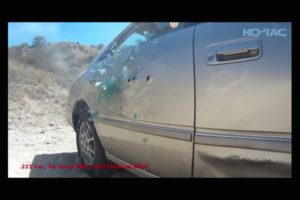 Sometimes car bodies stop bullets and sometimes they don’t. With handgun bullets it’s unpredictable. It’s better to use the engine block or wheel if it is available.

How Gangs Took Over Prisons 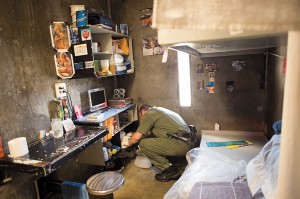 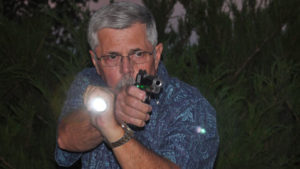 Good advice from Gunsite instructor Ed Head.  If you are going to draw your pistol, you best have a “Plan B” if the criminal isn’t impressed.  Check out Claude Werner’s thoughts on the subject as well. 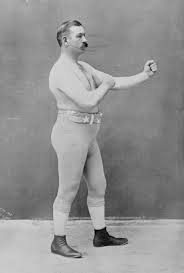 “One thing that seems to be missing in the “good guys” is a warrior self image. How the good guy sees himself, and his desire to live up to that self image. Earp wrote about that referring to his buddy Doc Holiday. He said that it wasn’t that Holiday was fearless, or fatalistic (as some have postulated), but rather that Doc’s greatest fear was not living up to his own self image. Perhaps not the best example, but it is what came to mind. The self-image described is not a reckless one, but it is not driven by fear.”

Very cool body armor penetration and gelatin testing comparison of the 5.7 mm and the .22 magnum. I’ve always been a big fan of the .22 magnum. My first handgun was a 3 1/2″ J-Frame Model 51. I killed lots of critters with that gun as a kid. 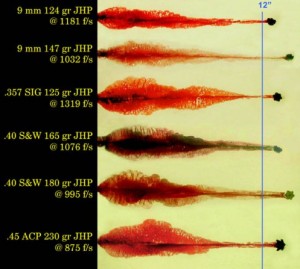 The highlights of the FBI’s executive summary to police agencies recommending the 9mm as a duty cartridge. The FBI gets it right about the science of handgun stopping power. This is worth your time to read. 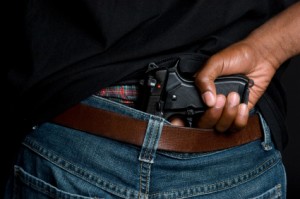 Some students in last weekend’s close quarters shooting class were asking for information about how to identify someone who is carrying a concealed firearm.  Here’s a good article explaining what to look for. 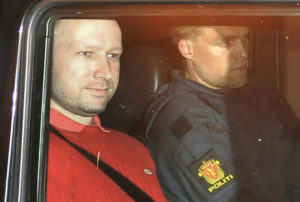 A fascinating interview with the psychologist who was in charge of the Utoya Island mass shooting victims’ treatment.  He spends a little time talking about how the killer being dressed in a police uniform made the survivors’ PTSD worse.  It’s something else that we should be prepared to see even more of in the future.

“The fact that Breivik turned up in a police uniform must have had a huge impact on later PTSD symptoms.
It did. A group of these youngsters that I’ve talked to were hiding in a small cave. Breivik shot and killed one of them, the farthest out, and then continued on his path. But when a boat came, with policemen calling out, “We’re here to save you,” they didn’t believe it. It obscured conditions for “early event identification,” as we say. He also called out: “I’m here to protect you because there’s been a bomb in Oslo.” And when they went up to him, he shot them. It was really very evil.”