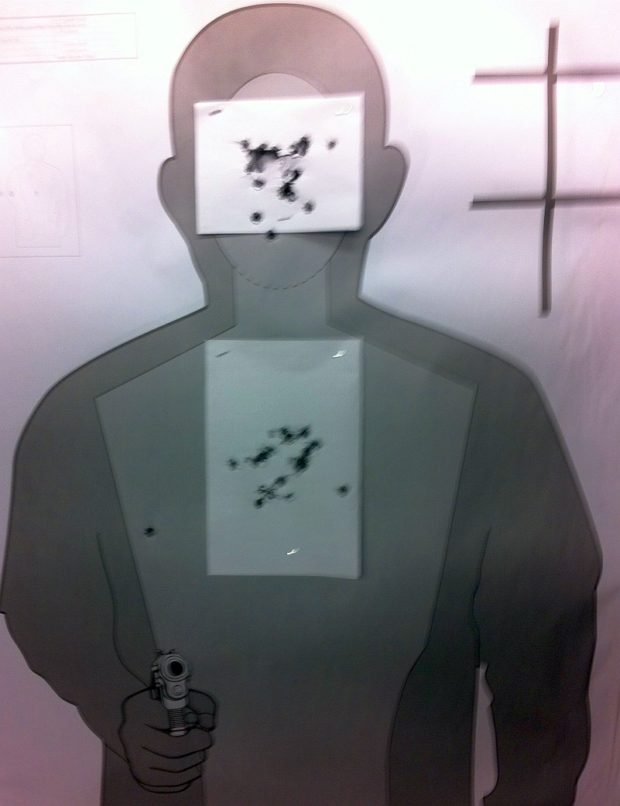 I titled this one “session 11.5” because it wasn’t truly a full practice session.  This was a mandated firearms training session put on by my police department.  The department scheduled a full day of training with the original intention of spending a significant portion of that day doing shooting drills.

The only problem is that the ammunition the department ordered on a state bid contract did not arrive in time.  The only ammo the department had on hand was that which was left over from last year’s stock of practice rounds.  It wasn’t enough to do a full day of firearms training.  In reality, it wasn’t enough to do a full hours’ worth of firearms training.

We shot a grand total of 34 rounds each out of our Glock service pistols.

Why am I even sharing this miserably short practice session?

I think it’s instructive to take a look at what our instructors came up with as a lesson plan.  What drills would you select if you were limited to using just two magazines worth of practice ammunition to conduct your quarterly pistol training?  Here’s what we did:

1- Department “standard” training exercise.  The instructors start out every practice session with the same drill so that we can track our performance over time.  The drill is shooting at two separate targets (1/2 of a standard sheet of copy paper) at 30 feet.  On the timer, officers must draw and fire two hits on each target as fast as possible.  We ran through this drill three times.

My best time was 3.08 with all hits.  In my group of officers it was actually rare to see a clean run of all four hits.  Most officers were in the five-second range and got two or three hits on the small targets in that time period.

2- Single command shots from various ready positions at 20 feet.  The instructors would have us transition between low ready, chest ready, and high ready positions.  We spent the rest of the first magazine and a few rounds of our second magazine firing single shots on a silhouette target on instructor command from each of the ready positions.

3- Multiple shots from different positions of cover.  The instructors set up four different barricade positions.  For the remainder of our second magazine we cycled through each of the positions firing multiple shots at a silhouette target from 20 feet.

The instructors made up for the pitifully small shooting session by doing a good job teaching building search techniques and running us through some integrated use of force scenarios in an abandoned office building during the rest of the day.  I probably fired more rounds in the force on force training with Simmunitions than I did in live fire that day.

Sometimes there are logistical reasons that cops don’t get to practice as much as they should.  When there isn’t any ammunition, it’s tough to schedule shooting practice sessions.  I think the instructors did a fine job with the resources they had.  Even though we only shot a couple magazines’ worth of ammunition, some shooting is better than no shooting.

My next practice session will be a little more intense. 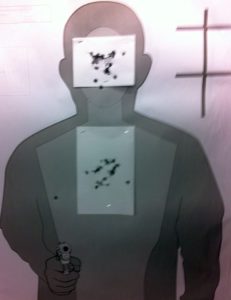