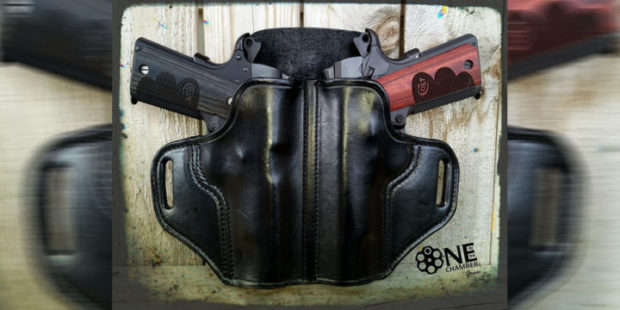 This installment takes a look at George and his Two Wiley Clapp Colt 1911’s in a One In The Chamber Gear Holster. 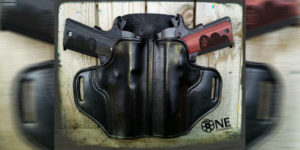 I honestly don’t even know where to start here.  This may be the stupidest “rig” I’ve ever reviewed here.

To begin with, small of the back carry is quite possibly the worst position in which to carry a gun, let alone TWO guns.

What about the guns?  You all know I’m not the biggest 1911 fan.  I regularly see them exhibit more malfunctions than modern polymer striker fired pistols in my classes.  With that said, some are reliable.  Colts (and Springfield Armory) are at the top of the reliability list for production 1911s.  They are the only ones I’d consider carrying.  I’ll give him a pass on the guns.

What I won’t give him a pass on is the left side 1911.  It’s set up to be drawn and fired with the left hand.   Look at the photo.  It doesn’t have an ambidextrous safety.  It would be tough to get into action quickly.  My guess is that he’s never actually drawn the left side gun and fired it under stress.  He may not even realize how difficult it is to remove the safety.

I can’t say anything more than this rig if full of failure.  Please don’t carry your pistols like this.