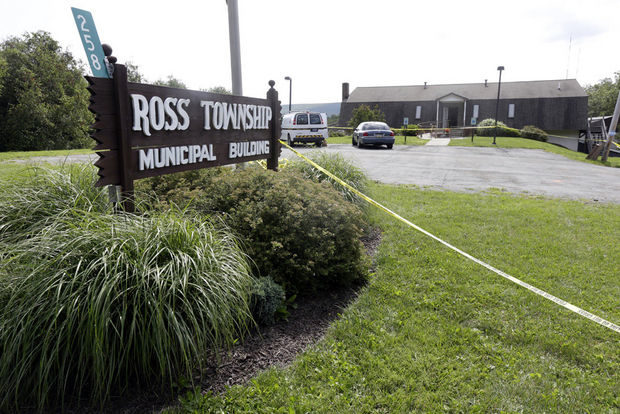 On Monday night, a resident of Ross Twp. Pennsylvania shot up a board of supervisors meeting at the township municipal building. The shooter was allegedly angry about the enforcement of some zoning regulations. Three people were killed and three more were injured.

The shooting had some elements that are not commonly seen in active killer situations. The killer first started shooting through the walls (with a Ruger .223 rifle) into the meeting without entering the meeting room. He also retreated back to his car to retrieve an additional weapon (a .44 handgun) and then returned inside to shoot some more. Additional details of the shooting are available at the link below.

At least 3 killed in shooting at Pennsylvania municipal building

Let’s look at some of the issues involved in this killing:

1) Shooting through walls. Have you ever thought about how you would deal with that? The shooter began by shooting a semi-automatic rifle through the walls and into the meeting room. Police estimated that the killer fired 28 rounds from this gun before going back to his car for a second weapon.  From the article:

“The reporter, Chris Reber, told the newspaper that all he saw was holes go through the wall, with smoke and plaster blowing out.”

Many of my readers carry concealed weapons and would have no issues firing back at the killer in this situation, but have you ever thought about shooting through walls? Would you shoot or not? I don’t know that I would…certainly not in a public building with the potential of innocent people running around. That leaves three options: take cover, escape, or get to a position where you can get eyes on the shooter. Which option would you choose?

According to the same reporter quoted above, “Some of the supervisors were over on the side throwing up.” That isn’t an act conducive to your survival in a situation like this. Those vomiting supervisors had likely never considered that they would be attacked and were emotionally unprepared for the carnage they witnessed. Pre-planning on your part is the best thing you could do to avoid such an unproductive reaction.

2) What is cover? Have you ever considered what structures will stop bullets in your office or in any of the public areas you frequent? The article said that “everyone got behind a table.” A table will not generally stop a bullet. It’s better than nothing, but should be considered a temporary option at best. Better cover options include large appliances, bookshelves, and concrete support structures.

The reporter who wasn’t shot was the only one who made an effort to escape by crawling out of a side door. Learn from his example. If someone is shooting at you in a building, get out! Don’t hide behind a table.

3) An unarmed “victim” stopped the attack. According to Ron Borsch’s research, more than half of the active killers who get stopped are stopped when a courageous UNARMED person intervenes. That’s what happened here. One of the township officials, bear hugged the shooter, took him to the ground, and shot him with his (the shooter’s) own gun. Contrary to common advice given by the media, attacking the killer is a viable option.

The police won’t likely get there in time to save you. In a situation like this, you are truly on your own. If escaping or seeking cover isn’t an option, attack!  In this case, the killer had 90 additional bullets in his car.  If he wasn’t attacked by the heroic township employee, the death toll would have been much higher.

Take a moment to imagine an encounter like this happening in a public location that you frequent. Figure out a basic plan of action. Don’t be an incapacitated victim whose only survival strategy is puking in the corner.