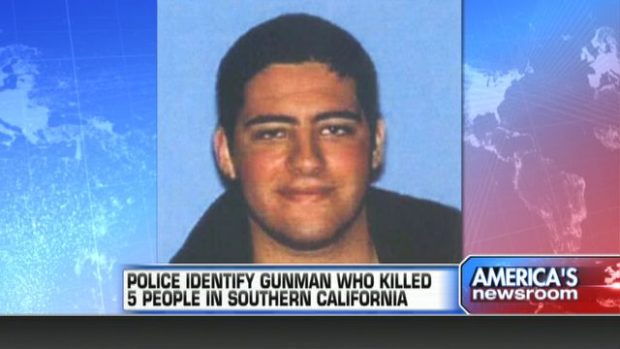 In the wake of the Santa Monica College shooting last week, multiple news outlets are running stories purporting to provide tips about “surviving a mass shooting”.  Depending on the author and the source, some of these are pretty decent.  Some, on the other hand are horrible.

Take this one written by John Matthews for FOX news.  It starts out with some decent information but rapidly devolves into opinionated and cliche advice that is likely to cause more deaths.  Check it out at the link below:

How to survive a mass shooting

I have never met John Matthews and have never heard his name before I read the article.  I don’t know if his background is legit or if he’s just looking to create a retirement career by leveraging his past law enforcement experience.  His background claims that he is highly decorated and has 30 years law enforcement experience.  One the surface, that sounds impressive.  It may or may not be as impressive in real life.

If this guy spent 30 years in SWAT, narcotics, homicide, or even tactical training, he’s probably someone you should pay attention to.  He has some relevant experience in the subjects about which he is giving advice.  If he rode a desk or wrote traffic tickets for 30 years, he may not be the one you want to go to for active killer advice.  Let’s look at what he says:

“The best survival tactic once you are aware of the incident is to exit the area. Get away as fast as you can and go as far away as you can.”

Very good advice and probably the single most important learning point for anyone to understand.  When you hear shooting, get out as quickly as possible!

“If you can’t leave the area without presenting a target or drawing the attention of the shooter, seek cover, any object that will protect you from bullets including concrete barriers, steel building support beams, brick walls or even thick trees.

No cover available? Find concealment as quickly as possible by finding something to hide behind which will shield you from the shooter’s line of sight such as bushes, interior walls or even hiding in cabinets.”

More good advice.  If you can’t get out, get to cover….absolutely nothing to argue with there.

“Whether you run from the area, find cover to protect yourself or seek out concealment to hide always present as small of a target as possible.

If you are leaving the area crouch down or use a zigzag pattern while running.”

Here’s where things start going bad.  There has never been a single study that looks at if running in a crouched position or in a zig zag pattern affects an attacker’s hit rate, yet this advice often goes unchallenged.  We know for a fact that distance is the one thing that negatively correlates with criminal accuracy.  Secret Service research has indicated that the chance of a criminal hitting a target more than 45 feet away is virtually negligible.

The goal should be to get as much distance from the threat as possible.  Running crouched or in a zig zag pattern will only slow the victim down.  I don’t advise it.  I’ll be doing a study in a couple weeks (using simulated ammunition) to see if my theory is valid.

“Some other important lessons learned from past mass shooting survivors include the importance of playing dead. This method has worked on multiple occasions…”

Terrible advice.  Yes, playing dead has been successful in a couple instances, but I can show you three times the number of cases where it has resulted in the victim being shot or killed.  Killers know people are taught to play dead, so they are watching for this tactic.  In the Virginia Tech shooting, the shooter returned to some rooms two additional times to put extra rounds in the “dead” people.

Playing dead should be the absolute last resort only if no other options exist.

“Finally, unless there is absolutely no other alternative do not engage the shooter by attempting to fight them. An armed homicidal manic bent on killing, armed with multiple weapons and hundreds of rounds of ammunition always has the advantage over an unarmed and untrained individual.”

Completely untrue.  The author has clearly not done his research.  Using rough numbers for simplicity sake, we know that approximately 50% of active killers are stopped during their act.  The other half either escape or kill themselves.  Who stops the killers?  It’s not the police.  Roughly 2/3 of the stops are made by UNARMED CIVILIANS!  Unarmed brave men and women tackling the shooter have been the single greatest cause of all active killer stops!  It’s hardly the impossible task Mr. Matthews makes it out to be.  Read the real statistics HERE.

Sure it’s dangerous to attack an armed man.  But what is your alternative?  Surrender and be killed?  Not for me.  Most of these killers fold as soon as the face effective resistance.  We need to be training victims to ATTACK, not to play dead.  The end result will be fewer casualties.

Be careful who you choose as your “expert”.  He may not know what he’s talking about.  Don’t get yourself killed listening to stupid advice.