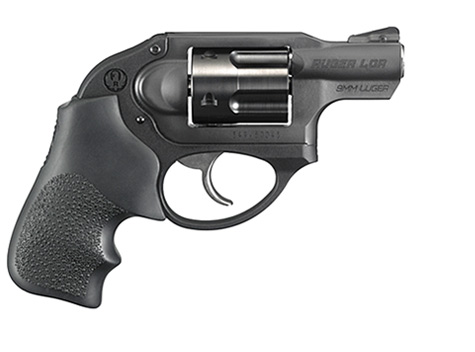 With Ruger’s  introduction of a 9mm version of their LCR revolver, many people will undoubtedly be looking for the “best” ammunition choices to feed it.  With the right loads, the 9mm (even out of a short barreled revolver) should offer significantly better performance than most of the .38 special loads currently on the market.

A friend of mine planning on acquiring one of the new Rugers recently wrote to ask me a question about optimal ammo choices:

“Got a question for you….
9mm revolvers…..best carry ammo?
I know you have done a sh*t ton of ballistics research, so am wondering what you’ve seen on this subject?
Got one of the LCR’s on order, and plenty of practice ammo on hand, but as far as carry ammo, most of the research I have come across is still centered on autos.  What’s the best defensive load?”

Looking at the Ballistics by the Inch Page, it’s pretty clear to see that out of similar barrel lengths, the 9mm tends to have 100-200 feet per second more velocity than the same weight bullet in .38 special.  I don’t see how you could go wrong with carrying any of the good factory hollowpoint rounds in your 9mm revolver.  All will probably perform better than a similar weight .38 special bullet.

With that said, there are two issues you should be considering if you want to optimize bullet selection in the 9mm revolver: the short barrel and the cylinder gap.

With a few exceptions, most defensive ammunition is designed to expand within a relatively small and specific velocity window.  When bullets designed to expand out of full size duty pistols are fired in guns with shorter barrels, they won’t expand as violently due to the loss of velocity.  For most well designed hollowpoint bullets, expansion is generally optimal when velocities exceed 1000 feet per second.

The heavier (147 grain) bullets and non +P loads aren’t likely to come anywhere close to this velocity threshold when fired out of a short barreled revolver.  In fact, the 147 grain loads will probably be closer to 800 feet per second.  That’s probably not enough for reliable expansion, especially through heavier clothing.  Lighter weight bullets will expand more out of a shorter barrel.

Most people understand that escaping gasses from the revolver cylinder gap also negatively effects velocity.  What most people don’t know is that heavier bullets lose more velocity from the cylinder gap than lighter bullets.  Again looking at the BBTI Page, we see that a 125 grain Corbon Hollow point out of a two inch barrel loses 40 feet per second of velocity between being shot from a gun with no cylinder gap and one that is .006 inches.  A Speer 135 grain Gold Dot loses 55 feet per second.  The 158 gain loads lose up to 60 feet per second.

Twenty feet per second difference may not seem like a big deal, but if we are looking for optimal expansion, it may make a difference.  The general trend between all .38 bullets is that the heavier the bullet, the more velocity is lost through the cylinder gap.  There’s no reason not to assume that the same trend will hold true for 9mm bullets as well.

After taking a look at the velocity and cylinder gap issues, I would have to recommend a light to medium weight bullet for the 9mm revolvers.  I would personally look at the 124 grain Speer Gold Dot, the 124 gain Federal HST, and the 127 grain Winchester Ranger.  The 115 grain loads wouldn’t be off limits either, depending on how well they shot to my revolver’s point of aim.  The over expansion of those loads in the full sized pistols would be mitigated by the shorter revolver barrels.

If I was carrying one of the new Rugers, I would choose whatever 115-127 grain quality hollow point round shot the closest to the point of aim with my revolver.  Then I’d buy a whole bunch of them and stop worrying about “stopping power.”