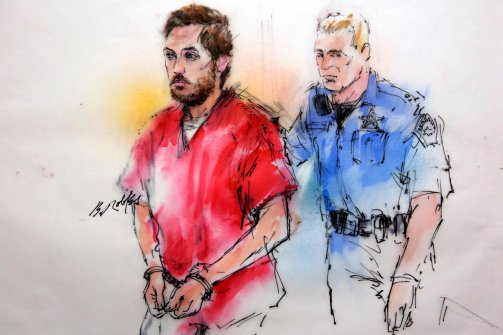 In yesterday’s article I wrote about terrorist plans to combine bombing with active shooter teams in order to more effectively target Western tourists in Indonesia.  More specifically, I wrote about terrorist plans to detonate a bomb at the local police station to serve as a distraction before they shot up local churches and hotels.  This use of explosives as a distraction is becoming an ever more popular tactic for terrorists and active shooters.

If you want to learn more about this phenomena, I urge you to read the article below.  It goes into extraordinary detail about the bombs used by Aurora, Colorado active shooter James Holmes.

The article covers the testimony of several law enforcement officers at Holmes’ trail.  From the story:

“According to an FBI agent, Holmes’s ultimate plan was to create a distraction—bringing police to his home and leaving fewer resources at the Century 16 complex four miles away, where he was carrying out what prosecutors say was a meticulous plan to kill as many people as possible.”

Holmes left the door to his apartment slightly ajar and placed a loud stereo on a timer to blast music at a very high volume, knowing that neighbors would likely call the police.  The door had a tripwire attached to it.

“…a trip-wire attached from the door to a Thermos filled with glycerine, which was perched on a 45-degree angle over a frying pan filled with potassium permanganate. The combination of the two chemicals would trigger heat and fire, said the agent. Gumbinner said Holmes also laced the floor with ammonia chloride “to scare us”—and to produce copious smoke and a flame that if it ignited the carpet, which was saturated with oil and gas, could set off a huge explosion.”

Holmes combined simple mixtures of commonly available chemicals to create heat, flame, and noxious gasses.  The flames would then ignite the gasoline soaked carpet to turn the apartment into an inferno.  Such a massive fire combined with a poisonous gas release would consume a huge number of police and fire personnel, thereby limiting response to the movie theater shooting.

But that wasn’t the extent of Holmes’ devious plans.  He was aware that the neighbors may choose to ignore the loud music and not call the police.  He had a backup plan for that possibility.  Holmes placed additional explosive devices (made of gunpowder, gasoline and oil) in the apartment.  He attached a fireworks detonator to the improvised bombs.

The detonator was radio controlled.  Holmes rewired a boom box (also playing loud music), a remote control, and a radio controlled car to all trigger the detonator.  He scattered these items outside the apartment, knowing that children were likely to find them and inadvertently trigger the explosion if the cops never opened his apartment door.

In addition to all the gunpowder and gasoline, Holmes also scattered bottles filled with homemade napalm and thermite to intensify the heat and flames.  It was a very well thought out plan.  And all of the purchases were legal.  A few common chemicals and a little knowledge from the internet could have created a death toll far in excess of his shooting rampage.

So, how can we use this information to better prepare for future terrorist/active shooter events?

1) Recognize that most active shooters plan their attacks far in advance.  They need time to work out all the details in order to create the largest body count possible.  The best way we can stop these criminals is to interdict them in the planning/trial run phases of their attacks.  If you notice a strange neighbor stockpiling lots of chemicals or you see neighborhood kids playing with explosives, call the police.

2) Realize that active shooters are likely to have a bombing component as well.  If you are caught up in an active shooter event, don’t evacuate to an area where a bomb could be hidden (parking lots are exceptionally bad).  Be alert for anything that seems out of place like recently disturbed soil or discarded bags/backpacks.  If you see something suspicious, get distance and DON”T TOUCH IT!

3) If you are a police officer called to an active shooter event, get your supervisor or dispatcher to start the bomb squad on the way as well.  It’s better to have them on scene and not need them than to have to potentially delay rescue operations until they arrive.

4) Cops also need to recognize that explosions might serve as a distracting element from a more serious attack that has yet to occur.  If your jurisdiction is called to respond to any type of bombing, you should be mobilizing all the manpower you can muster.  Get every officer in to work.  Send out pairs of officers to guard any high value terrorist target (schools, malls, sporting events, churches) in the area of the bombing.  Have a “ready reserve” of officers standing by to respond in the event of additional attacks.  Don’t deploy all your people to the bomb site!

The information that active shooters and terrorists give us is extremely useful when planning future response tactics.  Don’t let this intelligence go to waste!