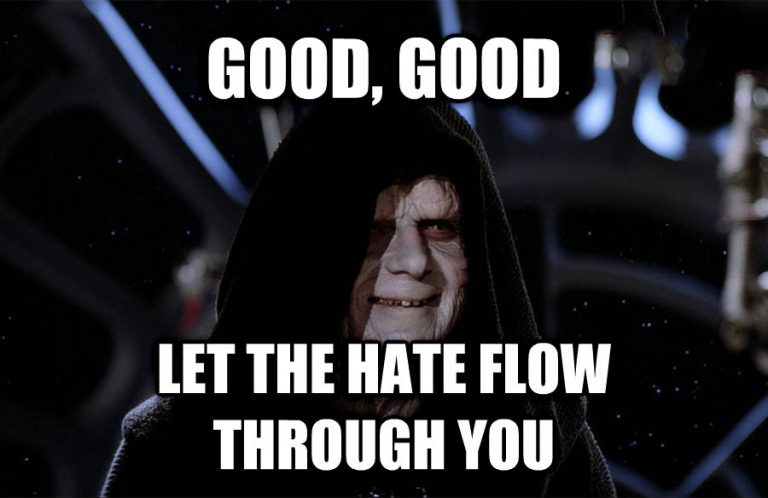 I originally wrote this piece in June of 2016 after seeing some horribly contentious gun control debates on my Facebook feed.  Guess what I’m seeing now?  You’re right.  The very same political virtue signalling.  The article is as useful today as it was two years ago when I first wrote it.  For that reason, I’m reposting it now.

Do yourselves a favor and read it.  You just might change your attitude and collaborate with the “enemy” to provide a solution that will stop these horrific attacks.

Last week, I grew tired of all the political rhetoric being tossed about on my Facebook page.  I wrote the status update listed below.  Many people wrote and asked me to share those words on my website so the people without Facebook accounts can read it.  This is what I wrote:

I’m fortunate to have lots of friends who are all over the political spectrum. My facebook feed is definitely not an echo chamber like some others are. Because I have friends with various political leanings, I’m seeing both sides of the gun control debate. And both sides are getting nasty. That isn’t going to solve any problems.

For my right wing friends, the guy advocating for more gun control is not your enemy. He just doesn’t want his loved ones gunned down.

For my left wing friends, likewise the dude posting all the gun rights memes isn’t your enemy either. He also doesn’t want his family killed. He thinks the best way to prevent that is to take an active role in protecting them.

Both sides of the debate are coming from the same place…the desire to stop the killing of innocent people. Recognize that and work with it. My guess is that you will find more similarity than difference between you and your “enemy” on the other side of the political aisle.

Name calling and derision are not successful strategies to get things done. Let’s start working together to find a way to keep guns out of the hands of the criminals and terrorists. Let’s find a way to get the mentally ill the help that they need. And let’s do it is such a manner that it doesn’t infringe on the rights of your law-abiding peaceful neighbor (who would never commit such an atrocity) at the same time.

You all are smart people. You can do this. Stop attacking each other.

Who would have thought those words could be so controversial?  The post was “liked” 1100 times and shared more than 700 times.  Despite it’s popularity, I got more hate mail from it than anything else I have ever written.  People were absolutely incensed that I would suggest that we could do something to slow the tide of murderous rampages.  It was baffling to me.  After all the hate mail, I wrote this followup:

“So I wrote a piece earlier today about how pro-gun folks and anti-gun folks need to focus on areas of common agreement and not act so derisively towards each other. It was spread widely. I thank you all for that.

I’m happy to report than none of my liberal or gun-hating friends had anything bad to say (or if they did, they chose to keep it to themselves.) My conservative, gun-owning friends were an entirely different story.

I blocked 14 (now up to 19 as of today)  people from my page today. All were conservative gun owners. All of them either wrote snide comments about liberals or engaged in straw man arguments about my wanting to take away people’s rights or “compromise” with the anti-gunners. That’s very disappointing for me.

Yet some of my gun-owning friends couldn’t be bothered with actually reading what I wrote before writing their own critiques or insults. That’s the problem with the status of the “debate” on this issue. As I said, disappointing.

An even greater disappointment was the fact that many of my gun-owning friends “liked” the post, only to continue the name calling I railed against in their own posts later today. More disappointment.”

Folks, let’s talk a bit about your “enemies.”  Yes, I most certainly understand that there are plenty of government officials who want to take all of our guns away as a means of political control.  By all means, demonize those people.

Those people aren’t your “enemies.”  Those are people who don’t fully understand the issues involved and who are acting out of emotion.  We can educate good people who are ignorant about the issues, but we can’t do that if we consider them “enemies.”  Enemies are people who want to hurt or kill you.  Enemies are not your neighbors, your co-workers, and your child’s teacher who might have different opinions about guns.  Don’t be ridiculous.  Do you want to further alienate the gun culture from those people who don’t understand it?  If so, keep demonizing that group of generally well-meaning citizens who take a view of guns that is slightly different from yours.

When you consider good people your “enemies” because they view gun control with a different lens, then you are merely perpetuating the myth of the ignorant gun owner.  Stop it.  And stop sending me hate mail because I choose to be friends with some good people who just don’t like guns.

Seth Godin says it best in this quote below:

“It’s no longer possible to become important to everyone, not in a reliable, scalable way, not in a way that connects us to people who will read ads or take action, not to people who aren’t already clicking away to the next thing by the time they get to the second or third sentence.

But it is possible to become important to a very-small everyone, to a connected tribe that cares about this voice or that story or this particular point of view. It’s still possible to become meaningful, meaningful if you don’t get short-term greedy about any particular moment of mass, betting on the long run instead. And we need institutions that can reach many of these tribes, that can bind together focused audiences and useful content creators.”

I guess that I have to understand that I won’t be an important resource for those who consider gun control advocates their “enemies.”  I’m OK with that.  I’ll choose to define my “tribe” as people who are capable of doing good in the world.  People who are clear thinkers, regardless of political affiliation.  People who respect the information I provide and try to use it to create a better future for their families.

I really don’t care about your political party, whether you are gay or straight, or whether you are a fundamentalist Christian or a strict atheist.  I don’t care if you think people should have “assault weapons” or not.  If you want to make the world a better place and keep yourselves and your loved ones safe, you are welcome in any of my classes.