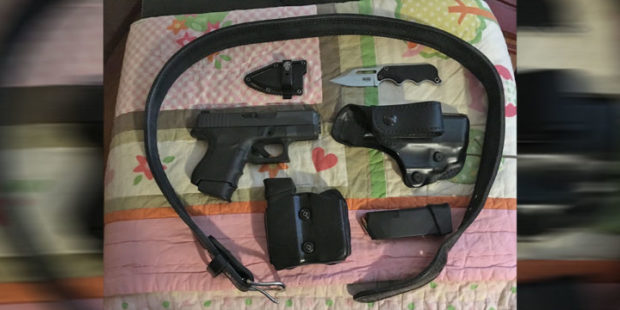 This installment takes a look at WD Roberson and his Glock 26 in a Blackhawk holster.

This entry isn’t nearly as cringe-worthy as some of my other ones.  In fact, Mr. Roberson has clearly thought through many of the issues involving armed self defense and has come to a workable solution.  This selection isn’t bad at all, but needs to be tweaked just a bit to make everything better.

So what’s wrong here?  He ALMOST has everything right, but I could suggest a few improvements:

The ammunition he’s carrying is not the best choice for that pistol.  He’s carrying 135 grain Hornady Critical Duty rounds.  Those are deep-penetrating rounds that exhibit subpar expansion and were designed to be fired in full sized police duty pistols.  The shorter barrel of the Glock 26 reduces the round’s velocity and further reduces expansion in what is already generally regarded as an under-expanding round.  Instead, I would choose the 124 grain Speer Gold Dot or 124 grain Federal HST if this was my carry gun.

I like that he is carrying two spare magazines in a quality leather holder.  My only criticism (based on watching thousands of students do reloads over the past 20 years) is that the high sides of this magazine carrier impede the proper gripping of the magazine for a reload.  Most instructors teach a reload where the index finger of the reloading hand is placed along the front surface of the magazine for easier reference.  It’s almost impossible to achieve that finger placement without significant hand movement when the sides of the magazine carrier rise as high as this one.  A lower cut mag carrier will both speed his reloads up and eliminate some fumbling.

His holster is well made and by a reputable company.  That’s way better than a lot of the holsters I see here.  The problem  is that it isn’t optimized for concealability.  The large single belt loop placed directly over the fattest part of the pistol is guaranteed to print unless he wears a very loose shirt or coat.  Holsters with loops like this stick out and make you look like you are a 1990s drug dealer carrying a pager on your belt.  The wide single loop also limits where you can carry the gun because you have to offset the holster to avoid any pants belt loops.  That may force you to carry farther forward or rearward than you normally might to achieve a comfortable and efficient drawstroke.

These problems can be fixed by choosing a holster that has two split belt loops rather than a single large loop.  The split loops allow the carrier to position a pants belt loop between the two loops rather than on either side.  They are generally a little more concealable as well. 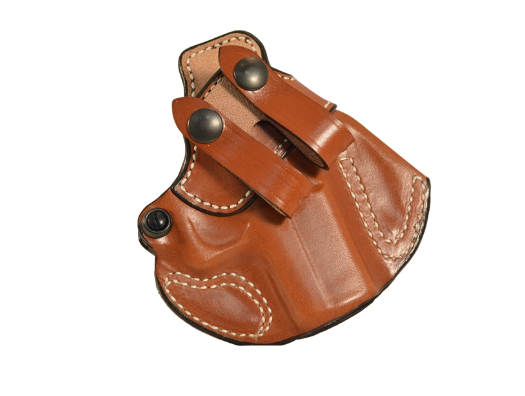 For even better concealability, choose a holster with belt loops offset on holster “wings” where they aren’t directly over the bulk of the gun.  Spread and offset belt loops are usually the most concealable option for an IWB holster. 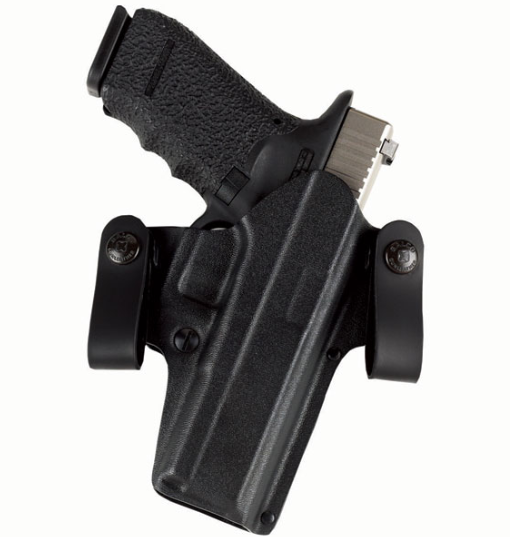 A lot of shooters settle for concealment and support gear that is merely “OK” because they don’t know any better.  You don’t want “OK” when your life is at stake.  You want to carry the best guns and gear that you can afford.  Take a class and have an experienced instructor look at your “rig.”  My guess is that any top quality instructor will give you some suggestions that will make carrying the gun both more secure and more comfortable.