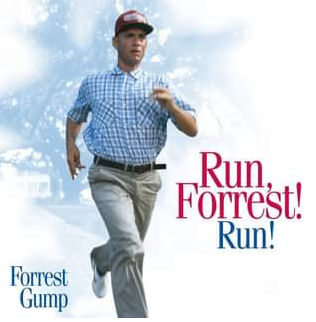 Just a short post today to share a few of my most recent thoughts on how best to respond if you are caught up in an active killer attack.

The  Washington DC  sniper attack last week got me thinking quite a bit about things.  If you haven’t seen news about the attack, read the following: 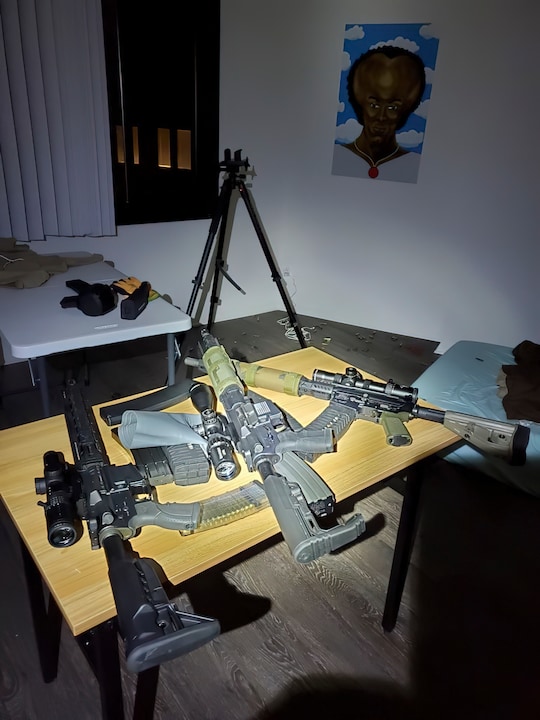 Photo from link above showing the shooter’s weapons

The killer created an elevated sniper hide and shot at long range from a rifle.  It was strangely reminiscent of the Las Vegas concert attack, but stunningly less successful for the killer.

When I look at the current active killer attacks I am seeing, I see these barricaded rifle attacks, I see killers that shoot and then quickly go mobile before the cops arrive.  Finally, I see a massive increase in drive by shootings where mostly gang members fire at another gang party, gathering, house, or car.

The attack below happened over the weekend.  Read the linked article for an example of the drive by/gang shootings that are becoming so popular. 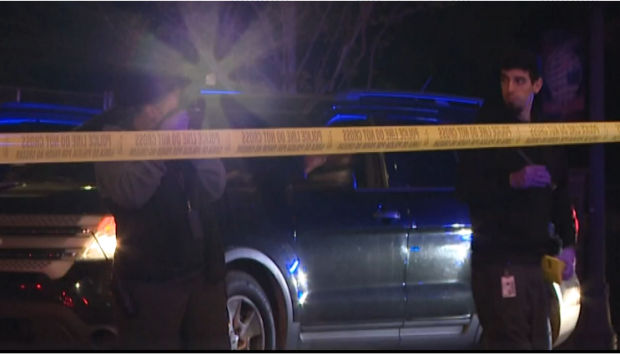 To summarize, the trends I am seeing from the bad guys are the following:

– Guerrilla-style hit and run attacks.  Firing a small amount of rounds and then changing locations.

– Firing from the cover or concealment of vehicles

We must also pay attention to what we see the cops doing too.  As you well know, there have been several armed citizens shot or killed by police while responding to an active killer attack.  As an armed citizen without body armor, an easily identifiable uniform, or radio communications from dispatch, responding officers can present just as much of a danger as the killer himself.

What do I see the cops doing?

-Because of that fact, they are more scared and I see EVERYONE on the department running to get to the scene as fast as possible

-The officers often don’t have the experience to control their arousal levels and are often extremely hyped up.

-Police shooting ability has generally declined in the last five years.  Covid stopped a lot of in-person police training for two years.  Covid staffing issues are still making it difficult to pull bodies off the street to provide them with quality training.  Cops are younger, less experienced, and more poorly trained than any time in the last 30 years.  Slashing police budgets combined with expensive and hard to acquire ammunition has exacerbated this problem.

How does this change your active killer engagement plan?

Criminals are making it tougher for you to hit your target by engaging at longer distance and initiating attacks from outside of buildings.  Criminals in moving cars are armored and almost bulletproof if the car is moving faster than 20 mph.  The criminals aren’t going to stay around for a long time shooting people.  You won’t have much time to engage and you will have to make the engagement decision with less information.  It’s going to be hard for you to hit these killers with a common CCW handgun.

The cops are coming hard and fast.  They are looking to shoot whoever has a gun in his hand.  The criminals are giving you less time to engage and the cops are going to arrive when you might still be shooting, thereby making it almost a sure bet that you get shot by the responding cop.

Now, let me ask you a question.  If it better for you to shoot the killer or not get shot yourself?  I would argue the latter is the better choice.  Put yourself at the scene of the Washington attack.  Are you going to hit the guy five stories up in the sniper hide with your .380 auto?  Probably not.  But you can bet he will shoot at you with his rifle as soon as you start capping off rounds in his direction.

What are your chances hitting one of three dudes spraying AK fire in your direction from a speeding car?  Not good.

The bottom line is that these killers are becoming harder and harder to hit because of time, mobility, or superior positioning.  Your chances of making a hit in those scenarios is low.  But there’s a real good chance you are going to get shot by the first arriving cop if you are standing over a bunch of dead and injured bodies firing a gun.

I know some of you are exceptional shooters, but the average concealed carrier is not.  Unless you are practicing and training on a regular basis (most CCW carriers don’t) you aren’t going to reliably hit a target at a range beyond 15 yards (research from US Secret Service).  And unlike at the shooting range where your long range misses have zero consequences, in the real world, each of those misses instead becomes an “unintentional hit.”  Those bullets will hit something.  And if that something isn’t the bad guy, you will likely go to jail or the poorhouse.

I’ve concluded that for most people (myself included), fleeing from the scene or running for cover would be a far better strategy than engaging the current generation of active killers.

I know what some of you are thinking: “I’m old/broken/out of shape and can’t run.  What should I do?”

I still think getting out of the area as fast as possible is your best bet.

I understand your concern.  My lungs are still wrecked from Covid-19.  I have zero cardiovascular endurance.  A slow walk gets my heart rate in my targeted aerobic training zone.  Anything more than that and I’m done in a very short time.  My broken lungs just can’t keep up with my body’s demand for oxygen when moving fast.

You know what I did yesterday?  I ran sprints.  They weren’t fast.  They weren’t long.  I took long breaks between each one to catch my breath.  But I did them.  Because I want to be able to move my butt to cover as quickly as possible if I find myself caught up in one of these shootings.

I would suggest that you consider doing something similar.